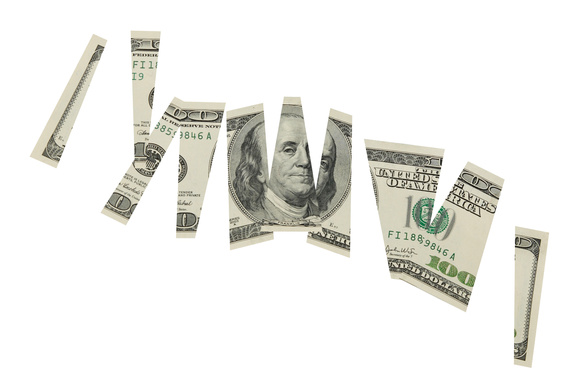 Two quotes from Claudia Goldin, Harvard University professor and leader in gender economics research, during the Freakonomics podcast "The True Story of the Gender Pay Gap" stick with you. At least they have stuck with me.

"It's hard to find the smoking guns, OK? The smoking guns existed in the past," and "I don't think that they [differences between men and women] go the real distance."

I posit that the Gender Pay Gap, like any project with just 20% left to completion, has numerous small details to address instead of any smoking guns. Think of it as a thousand cuts causing the remaining pay gap. None of these cuts by themselves "go the real distance" but put together the results are alarming. For example, the question of previous pay in the hiring process is one of those thousand cuts. The question continues and compounds the gap when job offers are based on past pay. Women who have experienced discrimination in the past are unable to get away from it each time that question is asked. That is why, I first recommended salary history be banned from the hiring process in an April 2012 Change.org petition. At the time, salary history was not part of the gender pay gap discourse. The idea has gotten momentum. MA, CA, HI, and MD have filed bills that would make it unlawful. In a recent New York Times article, Linda Babcock co-author of Women Don't Ask stated it is the most effective action an employer can take to close internal gaps.

The same Change.org petition, called for job advertisements to include the minimum pay or a pay range for the job. One study shows that women engineers state $17,000 below the amount men state in the desired salary field on job applications. Similar to a job offer being anchored on previous lower pay, women themselves are anchoring their desired salaries based on their statistically lower pay.

Some of the other cuts that impact the gender pay gap, include:

The incremental effect of these and other cuts women experience in the workforce grows over time. The compound effect can really be seen about 10-15 years into a career unfortunately the most common culprit considered at that time is motherhood. Another commonly considered culprit is a slower advancement in career. Many of the cuts that impact pay impact career advancement. Salesforce discovered this in their recent pay audit that resulted in $3 Million in pay raises for its women employees. The audit also resulted in many promotions. The cause and effect is hard to determine. Do women opt out or slow down work to raise kids thus slowing down their pay and careers or do women realize their careers are not paying and progressing as well making it easier to opt out or slow down?

I think the Complete Story of the Gender Pay Gap is still to be written. Claudia Goldin's knowledge and experience in this field is amazing. It is part of the story but I think there is more to be added. We probably will not know everything about the gender pay gap until we succeed at closing it.