When I was in high school, my dad made me touch his "balls." It took a week to convince me. Here's how it all went down:

It was a cold, dreary November morning. Frost was beginning to settle on the windows, the dew covering the yard was turning to ice, and the hot water was steadily losing its battle against frozen pipes. I was a sophomore in high school and, like any similarly-aged young man, I wanted little to do with my parents, and especially nothing to do with their unmentionables. The events in question occurred one day when my father got the idea in his head that I needed to learn how to check for cancer. "Self-checks are important," he began reciting as if from a book. When my dad gets an idea in his head that he wants to talk to you about, he never lets it go.

The subject now was cancer. It came about honestly enough. My father spent 24 years in the federal prison system, first as a recreation supervisor, and then as a health and wellness teacher. He taught classes and certified inmates under the NFPT personal training system so that they'd have something to fall back on after they'd served their time. As part of the curriculum, he educated people on the warning signs and symptoms of testicular cancer. It was just part of the job at that point, before he was diagnosed with prostate cancer and I was diagnosed with melanoma -- before the disease had touched our lives. It took several days of nagging before I submitted to my father's wishes. 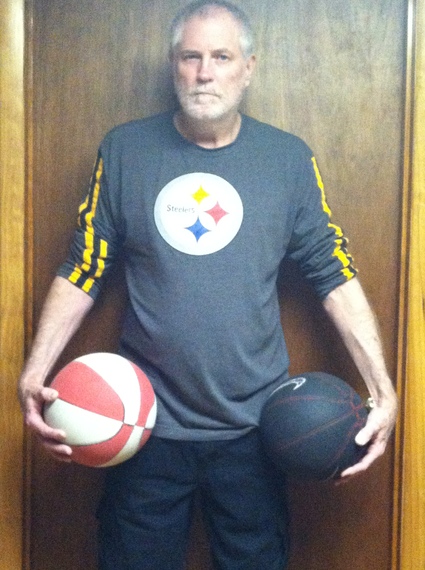 I didn't want to have this discussion with my father. The traditional father-son talk had already been awkward enough. At this point, the subject matter was purely hypothetical anyway. I didn't think much about cancer at the time, and I damn well didn't think I'd ever be diagnosed with it. But, when dad gets an idea in his head, he can't be swayed. He was adamant about making sure I could identify the physical symptoms. He wanted to make sure I could do a self-check all on my own. So he whipped it out -- he reached in his pocket and pulled out his sack. Then he pulled out another. They were fake, wrinkly, rubbery sacks -- instructional tools used by educators to demonstrate what signs to look for. He held them out to me, one in each hand. I looked down at them, let out a deep sigh, and quickly looked down at the floor. But he forced me to take them. Then he taught me how to roll them around in my hands and told me exactly what to look for. As a teenager, very little is more embarrassing than running your fingers over a fake scrotum under the instruction of your father. But I did it, and before long I was glad that I had.

At that point, cancer was still just a dirty word. Dad's parents, my grandparents, had both died of cancer, but it was a long time ago and it still felt very distant. I was very deep in a "this could never happen to me, so I'm not going to feel your fake scrotum" kind of mindset. When my father was diagnosed with prostate cancer, it suddenly became less hypothetical. I realized very quickly that people really did get cancer, even people close to you, people who never imagined that it could happen to them. And I began to feel grateful that I knew how to perform self-checks. 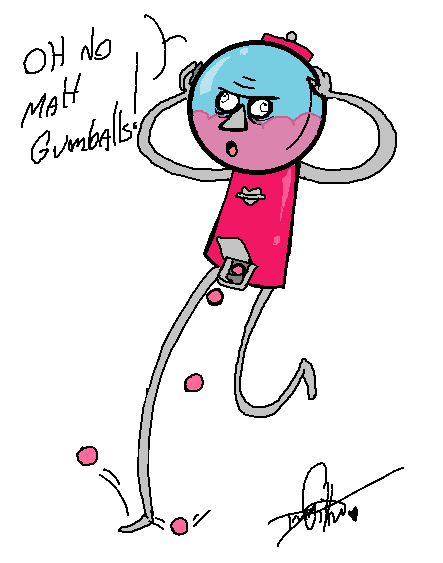 When I found the mole on my leg, it wasn't a bump on my junk, but it certainly was abnormal. Since my grandfather had died of melanoma, my parents had always been hyper-vigilant about my skin. Through a combination of that prevailing sentiment and the knowledge I'd gained through learning about self-checks, I knew right away that this was something I had to address. The mole was elevated and had an odd coloring. I called home to make an appointment, and a cancer diagnosis shortly followed. The rest was a painful and traumatizing mess of terribleness, but hey, at least I'm alive. And if I hadn't been taught the importance of self-checks, I might not have caught this at all.

I still consider myself extremely lucky. Because cancer is an illness, and it doesn't care how hard you fight, or what kind of war analogies you throw at it. It's going to kill you regardless, and that's scary. It's something a lot of people can't deal with, so they dress it up. I came out of it relatively well, physically. I'm missing the cluster of lymph nodes in my left upper thigh, and there's a pretty gnarly scar lining the inside of my calf. The only real damage was psychological, which I've worked through, and will continue to work through for the rest of my life.

I want everyone to be as lucky as I was. I take that back; I want everyone to be even luckier than I was. If cancer is caught early, no matter what kind it is, the chances of remission are exponentially higher than if it's metastasized or been left to grow unchecked. It's okay to be embarrassed, but please, by all means, touch your dad's fake balls if he asks you to. It just might save your life some day.

To learn how to perform a self-check, check out this helpful guide from the American Cancer Society.