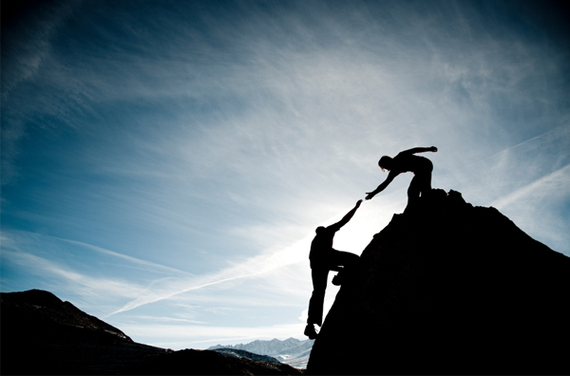 The recent Global Entrepreneurship Summit (GES) successfully brought together a range of players to highlight how entrepreneurship lifts people out of poverty, by stimulating economic activity in a way that also builds social wealth. A survey of 2,000 aspiring entrepreneurs, released by Tony Elumelu's Africapitalism Institute, confirmed what Mr. Elumelu had always known: No one can do it alone.

We are interconnected today more than ever. Businesses no longer only manage inputs and outputs. They are now part of an ecosystem of interdependent relationships among suppliers, partners, customers, investors, competitors, government, communities, and networks of networks. As our interdependency grows, so do our fates. Our decisions ripple beyond our field of view faster and further than ever. So our emerging role in business is to consider possible effects of our actions before the first ripple is created. Not doing that is passing the buck and the buck will come calling later.

The most important currency that is exchanged in interdependent relationships is trust. When it is strong, money comes, agreements are signed faster, re-work happens less, and partnerships grow. When it is strong across an ecosystem, it catalyzes the social and economic wealth we seek to create.

Take a moment and think of a leader who greatly influenced you. Chances are the leader who most influenced you was not influential because of what he or she did but because of who they were while doing it. How you show up in each of your interactions with people leaves them with a feeling, an experience, an impression. Over a series of impressions, trust is built.

The PR firm Edelman conducts an annual global Trust Barometer across hundreds of countries and thousands of people. The 2015 survey reveals a grim picture of peoples' declining trust in our world's institutions. Among those are businesses. Here is a sample of the respondents' perceptions:

~50% believe that business will do what is right

~75% believe CEOs were not credible as spokespeople

~70% believe business innovation is driven by technology or growth targets

So we have a global trust problem. And we're not just a bunch of whiners. Trust is not arbitrary; it is the byproduct of hundreds of interactions we have with businesses. After every interaction we are left with a positive or negative impression, sometimes big, sometimes small. These impressions form our answer to the question: Can I trust these people?

Here are 3 ways trust affects your top and bottom lines:

1.) Businesses who are more trusted spend less on marketing.

Brands are increasingly defined by the interactions people have with anything or anybody attached to the brand; anyone who answers your phone, your email response time, your website's friendliness, your product experience...all of it. These impressions matter more than your advertising. If your audio doesn't match your video you'll have to invest more in marketing to "convince" people your behavior is something other than what it actually is.

2.) An ecosystem built on interdependence and trust creates more and costs less.

Over time you'll attract partners with similar values and build trust through a series of small, consistent behaviors. This trusted network creates a safe environment and that's a key ingredient to sharing "crazy" ideas and taking risks together. Information is shared more fluidly. Problems are raised and acknowledged earlier. In low-trust environments it takes a whistle blower to make people aware of a big risk. By that time it is likely that a large number of people or partners have already been harmed. That's expensive to clean up.

Today, foreign direct investment in Africa is five times the level it was in 2000. However, as the health of businesses and communities increasingly depend on each other, the criteria for investment change: the how becomes at least as important as the what. An investor can no longer evaluate a distributor of a product in isolation. That distributor's success is connected to the network of citizens, consumers, suppliers, managers, entrepreneurs and public sector actors in the community. As their interdependence grows, each business' success hinges on the strength of its partnerships.

As business people you are changing lives; one or many, for better or for worse. In our trust-depleted world, you have the ability to build a business community that grows because it improves people's lives, one touch at a time.