What do Israelis want for Iranians? Three American filmmakers, Joseph Shamash, Andrew Lustig and Jeff Handel, asked people on the streets of Jerusalem what they would wish Iran's new president, Hasan Rouhani if they had the chance, and the responses were strikingly human.

People responded in Arab, Hebrew, and Farsi, and though the wishes ranged from personal to political, they all came from a place of social concern and compassion.

One said, "God should help you, because we all need this," while another commented, "Stop with the uranium!"

The filmmakers previously made a movie called "One Wish Jerusalem," simply asking people, "If you had one wish for today, what would it be?" This new effort attempts to engage directly with Iranians, inspiring dialogue in a more forthright way. Shamash told the Times of Israel, "At the end of the film, the Israeli interviewees express hope that one day they would solve the political issues between the countries “over a cup of coffee. Hopefully, with Iran’s new president Hasan Rouhani, there will be hope for this ‘coffee cup diplomacy.'"

Spoken word poetry by Andrew Lustig underlined the commonalities between the residents of Iran and Israel saying "I've read of your country and your people and our news for years but it never crossed my mind, you riding on subways. I heard in your country people drink coffee in the morning before work, and that people keep pictures on their desk and in their lockers of loved ones, of celebrity crushes and romantic landscapes, memories and wishes."

One girl commented, "As a Jew, as an Israeli: I want him to know that our people are very similar, and there should never be war or violence between us."

'One Wish for Iran, Love Israel,' highlights the shared humanity of Israelis and Iranians counterbalancing the conflict that usually defines the countries' relationship. The film uses interviews with people on the street in Israel -- Israeli and Palestinian -- to offer both an olive branch and an invitation for coffee to Iranian citizens. Timed to coincide with the inauguration of Iran's newly elected President, Hassan Rouhani, the film is a proposal for new beginnings between peoples.

The response to the film has been largely positive, both during filming and since its release, as the producers explained, "Everyone we met while filming our second one, One Wish for Iran, Love Israel told us how happy they were to participate, and how much it meant for them to be able to talk to the 'other side.'"

YouTube commenter Flitterflummi exclaimed, "As an Iranian I am deeply touched by this message full of LOVE !! Nobody can destroy anymore, what we have created all together in only one year!!! My dear Israeli friends, WE﻿ LOVE YOU TOO !!! I'd love to hug each and everyone who talks in that video !!!"

The producers say the idea for this project came from "the Iranian artist, Ali Molavi who inspired this video with a video of his own in which he asked the same beautiful question to fifty people in Tehran, Iran"

The team hopes to create more inspirational videos, developing educational content "devoted to conflict resolution and showing an alternative view of daily life in the Holy Land by amplifying the voices of people on the ground." They are trying to raise money with an IndieGoGo campaign, and they have less than two months to reach their $50,000 funding goal.

The video's opening quote by Iranian poet Hafiz aptly sums up their sentiments towards the people of Israel and Iran, with the sentiment, "Your heart and my heart are very old friends."

For more photos and interview excerpts, check out their Facebook page:

This article previously cited a comment left on the video's YouTube page that characterized it as "propaganda" and accused Israel of being racist. The author of that comment contacted HuffPost to say that he has deleted the comment and no longer stands by the sentiments it expressed. It has been removed from the article. 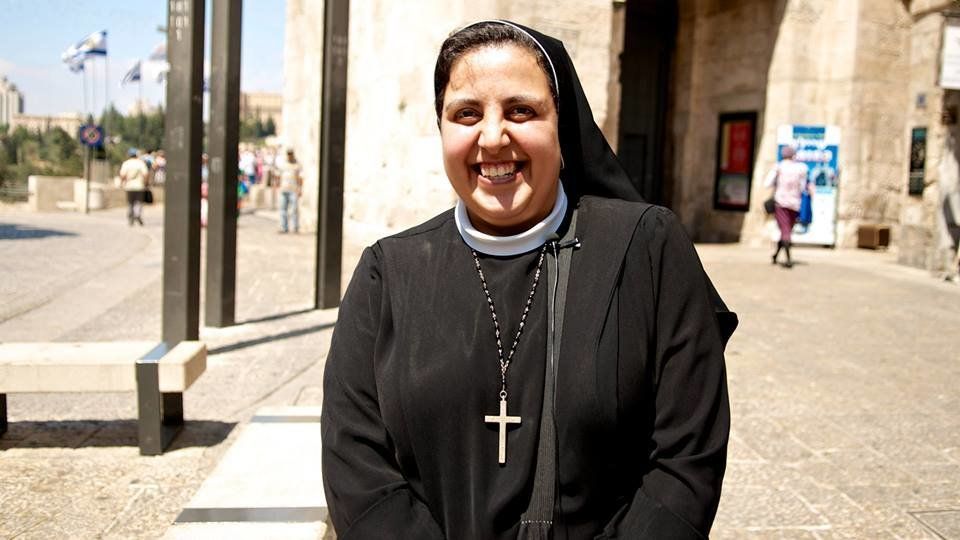