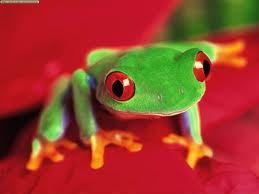 In the three years I've been blogging for No One's the Bitch, I've noticed a couple of common complaints among some divorced moms regarding their ex-husbands:

The first complaint is that if he's remarried and the stepmom plays an active parenting role, then he is being "let off the hook." The stepmom has stepped in and therefore dad doesn't have to step up to the plate. He can fade quietly into the background.

The second complaint is that "He was such a bad husband/father/horrible person. What could the stepmom possibly see in him?" And a variant of that complaint is, "She must be just as bad as he is."

Often, when I hear these complaints, I can't help but notice the anger and hurt still present in these women. There's no right or wrong here, just another perspective. So here's mine:

Complaint # 1 "Now that he's remarried, he lets his new wife handle everything, including parenting."

These men have remarried. As with any healthy marriage, the partners become integrated into each other's lives, to an extent. They do for each other. Stepmoms will pretty much do anything to make the life of their husband and his kids better or easier. Granted, many times to her detriment.

But here's the part that I think moms are missing. He's doing the same thing for his wife.
He's helping her too. He's making her life easier, in whatever way he can.

Maybe he's helped his wife start a new business. Maybe he's 100% supportive of her new life goals, or he cooks her dinner every night. Whatever it may be, they are doing what happy, functional couples do, practicing reciprocity. And if there are now two adults in this household to raise and love these children, instead of one, how does that make him the bad guy? Why is that seen as dad getting "let off the hook"? This phrase makes it sound like he weasled his way out of his parenting duties.

Sure, there are some dads who are guilty of this. But there are plenty of them who aren't.

More likely, these men have made room to let their wives help with things that women are typically better at, such as appointments, scheduling, reminders about household tasks, etc...

But these dads haven't stepped back. They're still there, right beside their wives. As they both support each other.

These men are lucky. They fell in love and now have someone to help them with their share.

Moms, would you not jump at the opportunity to have some help on your end?

It seems like some moms are only seeing that their ex-husbands are benefitting, and they're not.

What's the answer to this? I don't know that there is one. But I would love some feedback from moms who have experienced this.

Complaint #2 "He was such a bad husband/father/horrible person. What could his new wife possibly see in him?"

OK, maybe he was an awful person when he was with her. Maybe he was young and stupid.

Maybe they brought out the worst in each other. Maybe he wasn't in love and was just trying to make it work for the kids. But he's different with this wife. Why is he different?

Maybe he learned from his past mistakes.

Maybe he's in love this time.

Maybe he wants to be BETTER this time and get it right.

Maybe she just knows how to be with him or she can tolerate the things that drove the other woman crazy.

We all respond differently to different people. Maybe this time around it's just the right combination.

There are too many variables to guess why one couple can make it last and another can't.

Some will question why he couldn't have been that man for them.

And as for the men? Well, some men still ARE those same jerks. Some men still treat their ex-wives like crap, while worshipping their current wives.

But others have made true changes. Some men try to be decent to their ex-wives, only to get harassed and put down, once again.

So I guess what I want to say to some moms is this: your ex-husband might not be the same man you divorced. Unless you two spend hours a day opening up to each other, you probably don't even know him anymore.

If this applies to you, maybe next time instead of going to your dark place where you replay every bad thing your ex-husband has ever done to you, start looking for the good that he's doing now? What would it take for you to be able to acknowledge him as a decent man and a better father today? Is it even possible?

Read more from Jenna at StepmomHelp.com