I first met Jin In off a snowy sidewalk near Bryant Park in New York City this past winter. She just returned from Nepal, energized. There, she was working to empower young women belonging to the lowest caste, a group most locals wouldn't touch or associate with. However Jin saw them as valuable members of society. In fact, she saw them as the greatest untapped human resource. As we exchanged stories -- our visions -- I realized we are the same kind of passionate global citizens working for the poor to make the world better.

Jin was born in the East, raised in the West, and goes wherever she is called to empower the world's poorest girls. She is the Founding Director of 4Girls GLocal Leadership (4GGL) -- Inspiring Girls, Transforming the World. Her organization combines global thinking with local action resulting in "glocal" innovation -- developing the leadership potential of girls and young women in poor communities around the world. 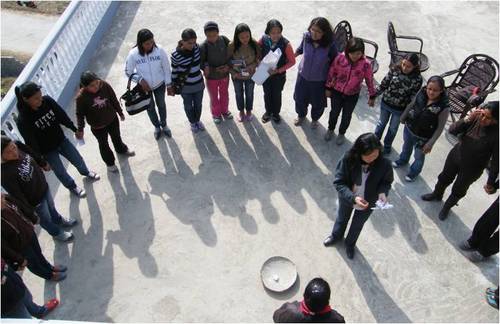 Jin's innovation seems like a no-brainer, but she explained that it's actually quite difficult. This is because of the long-standing cultural practices and gender norms that repress and marginalize girls beginning very early in life particularly in the developing world. She knows because it was her story.

Jin was born to great wealth in South Korea but a tragedy struck and, literally overnight, she became poor just because she was a girl. Her father passed away when she was only a seven month old baby girl, and leaving no will, the inheritance law at the time didn't protect female family members.

Jin's sudden poverty changed the course of her life. When she was eight, she moved to the U.S. and met a remarkable woman who showed her a new world, not bound by predetermined gender status, but shaped by one's individual actions. Barbara Crocker became Jin's mentor and Barbara took her to the projects of Houston, Texas, to serve the poor. There and then, she learned that a poor immigrant girl raised by a widowed mother can make a difference in the world. More importantly, Barbara showed her that she was a valuable, contributing member of society (the full story Jin wrote for the International Museum of Women, Imaging Ourselves Exhibit, is here on-line).

This became the seed to Jin's commitment and leadership journey. She continued to serve the poor for the next 28 years, and across the urban slums of America to developing countries, she saw one common theme - gender inequity. She notes:

Female feticide and infanticide kills over 100 million baby girls; unspeakable brutalities like the Taliban's acid attacks on girls for merely wanting an education; mass gang rapes in areas of conflict and war are only few examples of the horrific violence against girls and women around the world. Urgent action is needed now to stop it.

Gender inequity exists everywhere, even in the United States, so the issue is not just about "them over there." It is here, and it is now. Moreover, today's worldwide youth population is the largest in history, with the majority living in the developing world. If half of them -- girls -- are condemned to marginalization and their fundamental human rights violated every day, the impact will be felt in every corner of our interconnected world.

This is why world leaders and scholars like Kofi Annan, Secretary Clinton, Amartya Sen, and Wangari Maathai have repeatedly underscored that without gender empowerment, the Millennium Development Goals (MDGs) are not achievable. Even the U.S. military's Joint Chiefs of Staff boldly stated that gender empowerment is the most effective way to fight extremism. National, transnational, and global securities all depend on it. 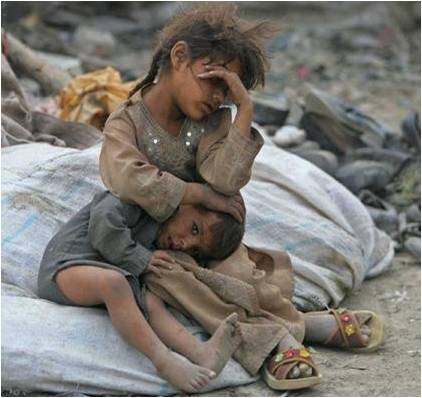 Jin In's passion derives in part because girls are not valued in the developing world.

This is exactly what is happening today -- the failure of world leaders to fulfill the promise they made 10 years ago at the beginning of this millennium. It's exactly why Jin's action -- 4GGL -- is critically needed today. According to the World Bank, investing in girls is the single highest return on investment in the developing world. Girls can break the intergenerational chain of poverty.

4GGL advances all eight Millennium Development Goals, and according to Jin, it targets the root cause of gender inequity and not just the symptoms. "It's a total paradigm shift in the way we think about girls in the developing world -- from victims of poverty to a powerful force for change. Developing the leadership of girls and young women not only opens up new vistas for them, but can have a magnifying and transformative impact on traditional and repressive societies." 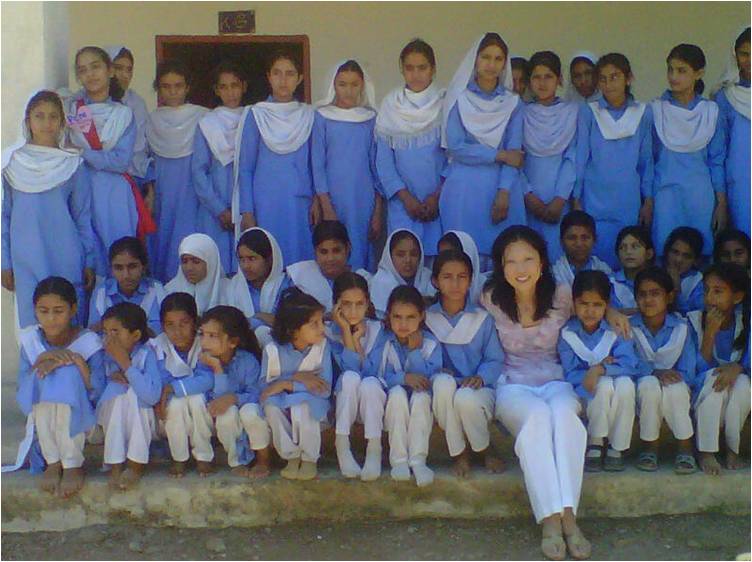 Jin In, Founding Director of 4Girls GLocal Leadership (4GGL), with the girls she loves.

4GGL is a social change movement to value and invest in the world's poorest girls. Our mission is to ignite, develop, and promote girls' leadership, locally in poor communities, to advance gender equity, globally. We target critical areas around the world where gender equity is desperately needed, not only for sustainable economic development, but also for social stability. 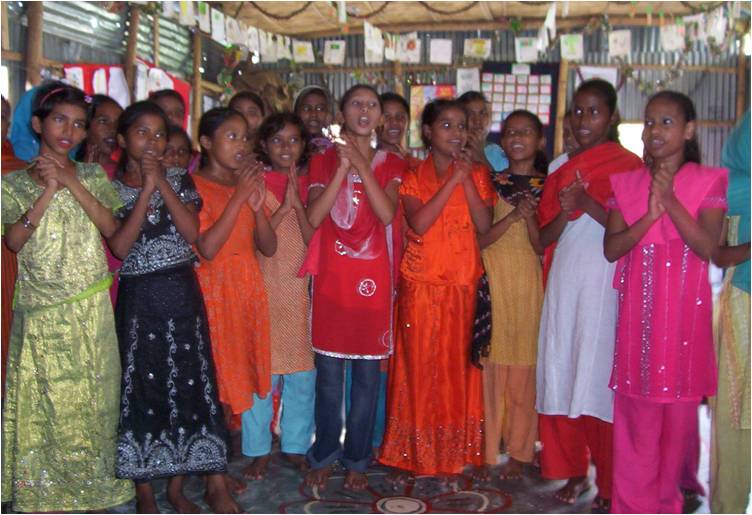 4GGL is a social change movement to value and invest in the world's poorest girls.

Simply, 4GGL is a multi-generational of women's leadership model that partners with local organizations and community schools to train young women and develop girls' leadership programs, locally. The model unites three generations of women, globally. The foundation is U.S. based women, "Sofias," with wisdom and expertise to be role models, mentors, and 4GGL Global Trainers.

4GGL Sofias train local young women to become 4GGL Local Trainers - change agents - to transform the local attitudes and harmful traditions that marginalize girls. This is critical to local social change. Also, Sofias develop advocacy skills of the Local Trainers so that they can advocate for local and national policies that protect girls and women. Finally, 4GGL Global and Local Trainer work together to co-create programs that develop leadership skills and self-confidence in girls. 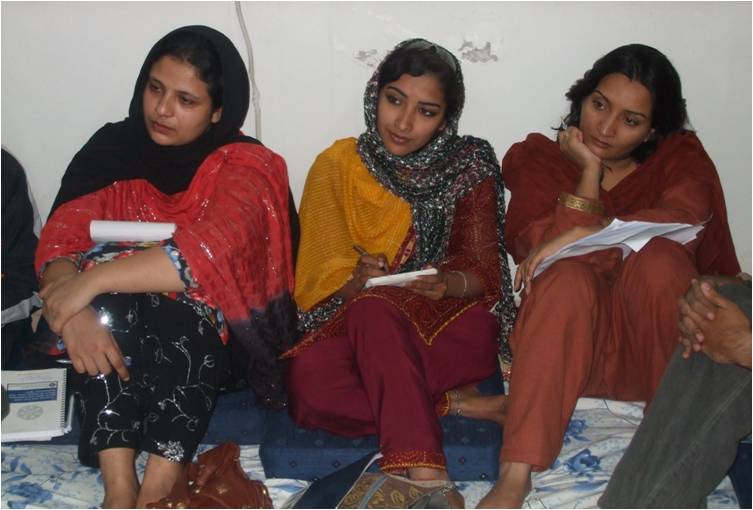 The 4GGL model can be replicated anywhere around the world and by training Local Trainers and creating programs that are socially and culturally appropriate, we can reach a large number of girls with programs that are locally sustainable.

I had an amazing experience working with BRAC in Bangladesh, the world's largest non-government organization. This gave me the opportunity to examine first-hand a sustainable community development model and to work with a team serving 225,000 girls. I know the key ingredients needed to create a "village to raise a child."

Jin does not think small. "The Chinese word for crisis is two characters: danger and opportunity," she told me. She sees the current global crisis as an urgently action needed and an opportunity to develop the leadership potential of 600 million girls in the developing world. 4GGL's currently planned projects are targeted to reach 50,000 girls in Pakistan and 10,000 girls in Nepal. And this is only the beginning as 4GGL has partners in waiting in Liberia, Sierra Leone, Kenya, Benin, and more. She said, "Our goal is to create a glocal transformation for the world's poorest girls." 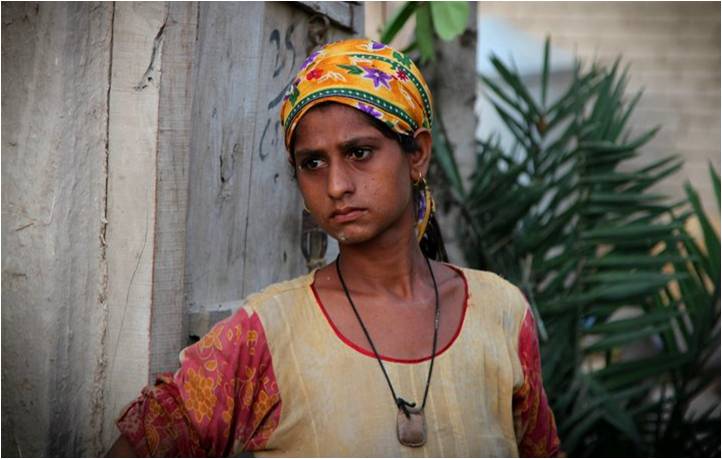 An example of 4GGL local action is in Nepal. This project is aimed to develop leadership skills and confidence in girls of the lowest caste. 4GGL has partnered with a local organization, Empowering Women of Nepal (EWN), which trains young women as trekking guides. EWN has trained over 800 young women, and now together with 4GGL, they will train the advance guides to become 4GGL Local Trainers. They are specifically targeting the lowest caste members so that they become models of what is possible. Then as Local Trainers, they will train teachers and community workers who work with girls in villages where the lowest caste lives.

Jin told me, "Just from phase I (of three phase project), I have witnessed the transformative power of physical human contact. Even with all the technologies and communication vehicles we have today, there is nothing like the physical human connection to inspire hope and dreams and to impact human lives." She continued:

I met Saraswati while I was in Nepal. She is one of the advance EWN trekking guides we will train as a 4GGL local trainer. She is also an adolescent girl with enormous potential and leadership. Unfortunately, Saraswati was born into the lowest caste and her destiny was decided the day she was born. As the oldest of five, she quit school early to help support her family. She also left home and her village to find better economic opportunities. 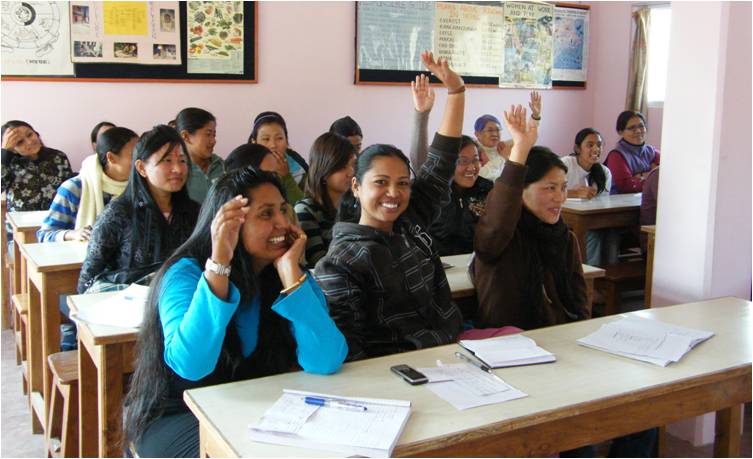 I didn't know Saraswati's story the evening I met her. That night we connected, simply as one person to another without status, label, or history. I asked her if she completed her schooling. She said she didn't know if she was worth it, that it's better to send the money she earned to her family so that her brothers can go to school.

I told her she was so valuable that we chose her to become one of our lead trainers. She then promised she would return to school. That's all it took -- personal contact and belief in Saraswati as a young woman to inspire the best in her even if she was labeled by her society as being worthless because she was from the lowest caste. 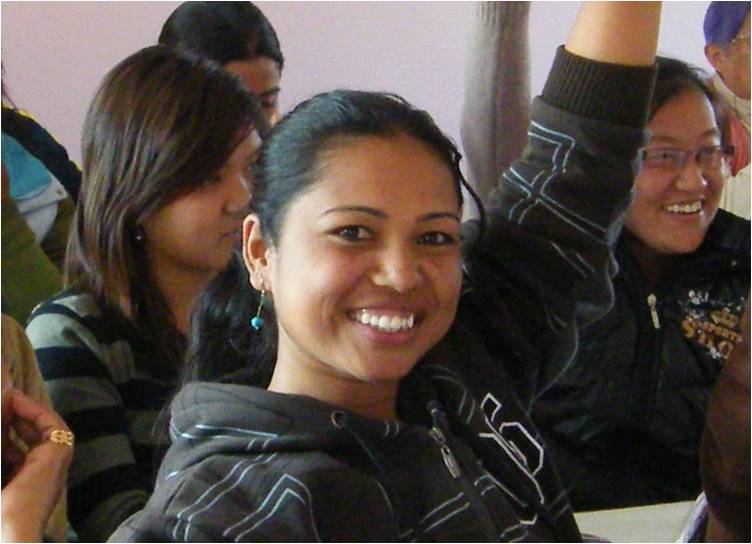 Jin met Saraswati in Nepal, a young woman with enormous potential. Saraswati was born into the lowest caste and rising above it is an enormous challenge in her culture.

Now, what 4GGL need is the funds to complete the projects in Nepal and Pakistan and the time is now. The lives of 60,000 girls depend on it. MDGs depend on it.

However, Jin shared a great challenge:

Our greatest challenge is changing the paradigm, not only of traditional cultures, but also of funders. Most funding are for treating the symptoms like HIV/AIDS or violence against girls. If it's for prevention, it's about basic education or sexual/reproductive health. We must look beyond this because for many girls, education is not an option right now. So we must create innovative solutions to make the impossible possible.

Also, fundraising for our work is hard because girls' leadership development is rare, even in America. Making it possible for girls in developing countries is practically unheard of and funding for it is virtually zero even when it has the greatest bang for the bucks. It's why I believe individual donors who think out-of-box can make the impossible possible!

Jin asked me for advice on this, which is always a challenge for even the most experienced international development activists. After some thought, I suggested to her that in addition to people simply joining the 4GGL Movement for $10, she should create 4GGL Century Club to ignite financial leadership of 100 global leaders to contribute $1,000 or more.

When I founded Orphans International Worldwide (OIWW) eleven years ago, I structured the organization so that it was mandated to treat boys and girls, as well as men and women equally. The world is so far out of balance in this regard, however, some people need to advocate for girls and women even harder. Jin is one of these leaders.

Because I see the need to empower girls, because I believe in the vision of Jin In, because I know her to be a thought leader and global citizen of the most unselfish and noble order, I wish to reserve my spot in the 4GGL Century Club. If 99 others join me now, 4GGL will have the resources to make a difference in the lives of over 60,000 girls and young women. This is less than two cents per girl. I know of no stronger way to make a difference than to support those committed to social change who see helping humanity not as a job but as a life.

Join me now by clicking here.

Can the World's Poorest Girls Save the MDGs?

Jim Luce on Korea and Korean-Americans