By: Dr. Janxin Leu, director of product innovation at HopeLab 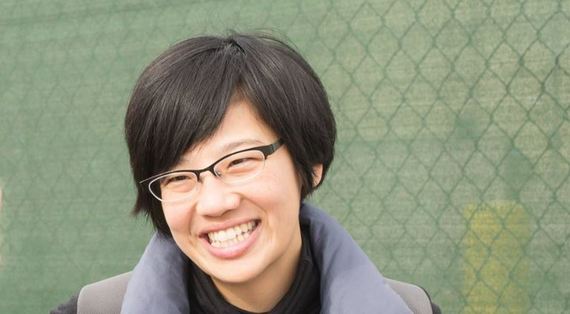 Eudaimonia: If the word is new to you, it might sound like a style of electronic dance music or a pharmaceutical. No, eudaimonia can't be downloaded from the cloud or packaged in a pill. But eudaimonia is a remarkable type of experience that can improve health and well-being, for yourself and others.

Sounds important, right? It is.

Definitions of eudaimonia date back to ancient philosophers. According to Plato and Aristotle, eudaimonia is the sense of living life in a full and deeply satisfying way, beyond fleeting emotional states. Think of it this way, if you answer "yes" to the question, "Am I living in alignment with my values and purpose?" you've certainly had a eudaimonic experience or two. Aristotle considers eudaimonia the highest human achievement. The ultimate goal of existence, he believes, is human flourishing.

Now, most of us are quite familiar with a different kind of happiness: hedonia, or the sense of satisfaction that comes from the pursuit of pleasure. [1] When we answer "yes" to the question, "Are my needs and wants being met right now?" we're often having a moment of hedonistic satisfaction. Like eudaimonia, hedonia delivers a certain type of happiness that can be rewarding. But science suggests that the effects of hedonia on our health and well-being are different than the effects of eudaimonia. More on that in a bit.

Although eudaimonia and hedonia are different, they're highly correlated experiences, which often overlap in interesting ways. [2] Eating a piece of cake might put a smile on your face, but it's not terribly meaningful in the long run. On the other hand, eating a piece of cake in celebration of a friend can be a deeply satisfying experience, one that's more meaningful than simply feeling good.

Eudaimonia doesn't always relate to happiness in the moment. Navigating difficulties and challenges in life -- struggling through a job search, nursing a sick relative, studying for a tough exam -- can connect us to a satisfying sense of meaning and purpose during tough times. Intriguingly, there's evidence that eudaimonic experiences, even when they're uncomfortable, can be good for your health.

The health benefits of eudaimonia

As researchers explore the connection between psychology and biology, scientific evidence increasingly points to the health benefits of eudaimonia. People with a greater sense of purpose and meaning in life report greater life satisfaction, stronger emotional ties with others, and less stress, anxiety, and depression. [3] Clearly, eudaimonia can be good for your mental health.

But the benefits of eudaimonia stretch even further, affecting not just your state of mind but even your physical health at the genetic level. Research suggests that eudaimonia, compared to hedonia, is associated with less inflammation in the body, lower levels of stress hormones, better sleep, healthier weight, and lower risk of Alzheimer's disease. [4,5] Not only can eudaimonia be good for your well-being, it's good for your physical health, too.

So if you're going to chase one type of experience -- eudaimonia or hedonia -- choose eudaimonia.

Your mind and body will be more resilient for it.