One World Trade Center is getting its first tenants today as approximately 175 employees of Conde Nast move into the building.

Ultimately, some 3,400 employees of the media giant will occupy floors 20 through 44, or 1.2 million of the building's 3 million square feet of office space, according to The New York Times.

At 1,776 feet including the spire, the new building is the tallest in North America.

“Conde Nast’s arrival puts a stiletto in the heart of the outdated notion that Lower Manhattan is stuffy and gray,” Jessica Lappin, president of the Downtown Alliance business organization, told the Times. “They will accelerate the transformation that’s well underway and create additional demand-side pressure for more cool restaurants, art galleries and bars.”

The paper says Anna Wintour, editor of Vogue magazine, will have an office on the 25th floor. Graydon Carter, editor of Vanity Fair, will find his desk on the 41st floor while New Yorker editor David Remnick will be on 38th.

The Port Authority said the building is 55 percent leased. The U.S. General Services Administration will take more than 270,000 square feet of office space under a 20-year agreement, and the Vantone China Center will occupy 190,000 square feet.

While Conde Nast employees are starting to move in today, the building's observation deck on the 102nd floor won't open until spring. (Two floors above the observation deck are being used as mechanical space, according to Skyscraper Page.)

“We’re getting to the end of the journey,” Steve Plate, director of World Trade construction for the Port Authority, told the Wall Street Journal. “To me it’s joyous but also a bit of sadness for all the friends (lost on Sept. 11) and the challenges we worked through these 10-plus years.” 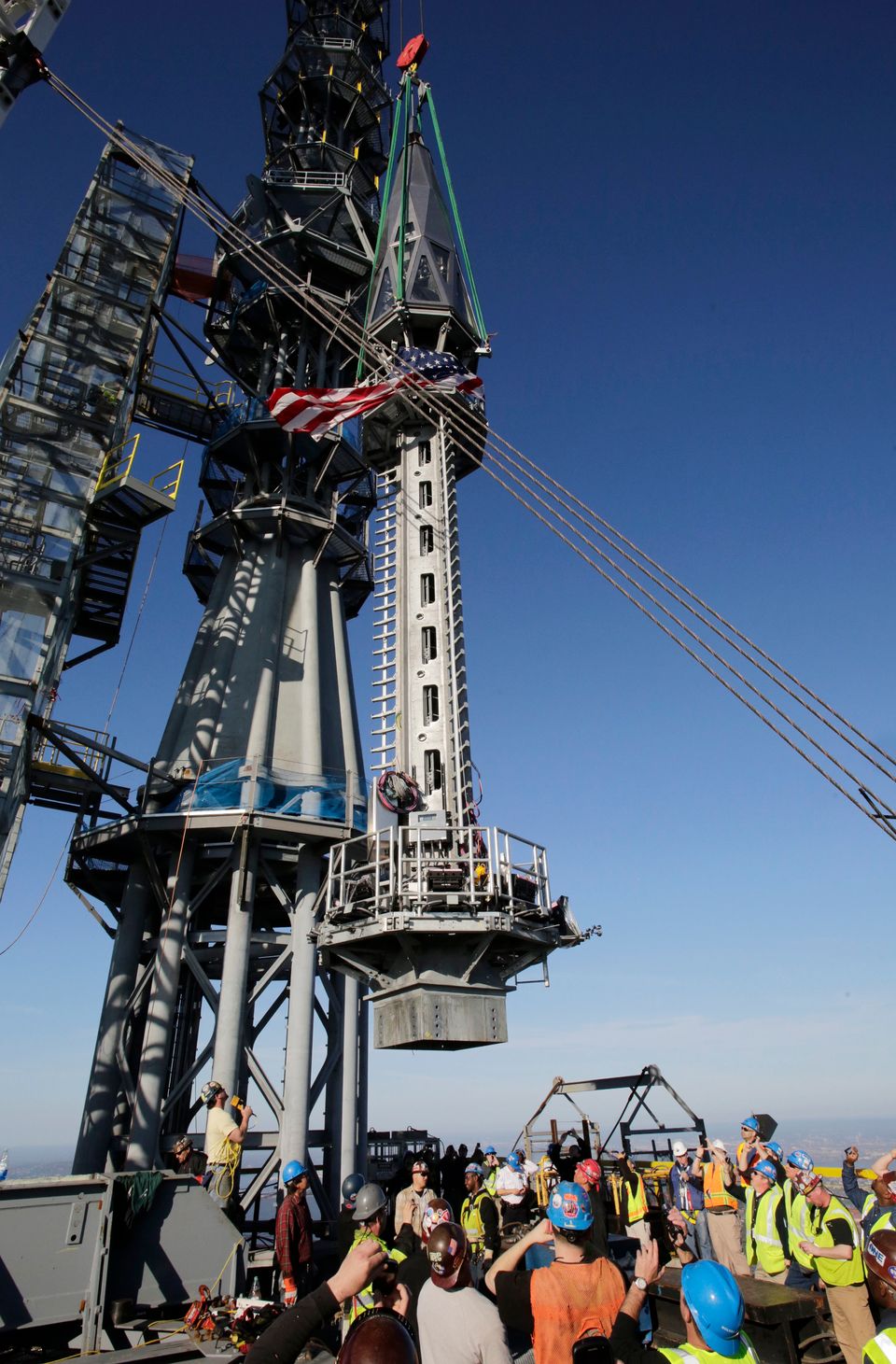 1 / 32
The final piece of spire is hoisted in place on top of One World Trade Center, Friday, May 10, 2013 in New York. The addition of the spire, and its raising of the buildings height to 1,776 feet, would make One World Trade Center the tallest structure in the U.S. and third-tallest in the world. (AP photo/Mark Lennihan)
AP