Completing the One World Trade Center will cost $3.8 billion, The Wall Street Journal reports, making it "by far" the most expensive building in the world.

The new estimate, which includes construction-cost overruns and a decision by the Port Authority to now include leasing expenses in its public numbers, is up from a previous estimate of $700 million.

The Journal explains why it's all so pricey:

One World Trade Center's construction is vastly more expensive than a traditional office tower, in large part due to security costs associated with building the tallest building in North America on a site that has been the target of two separate terrorist attacks (the site was also bombed in 1993). Once known as the Freedom Tower, the 1,776-foot skyscraper sits atop a heavily reinforced, windowless podium. It also has a thick core of concrete and steel around its elevator shafts.

By contrast, the developer of the Burj Khalifa, the world's tallest tower in Dubai, has estimated a cost at $1.5 billion. That building, however, was built with immigrant labor and without nearly as many security concerns.

And The Port Authority isn't planning on making a profit out of the former Ground Zero site. "It was as much about making a political statement as it was an economic decision," The Regional Plan Association's Robert Yaro told The Journal. "This is not a project that's standing on its own--it was never intended to be."

2011 was a watershed year in the construction of One World Trade Center, which will be North America's tallest tower. After nearly a decade of design drama, budget fights and labor disputes, the building finally started to look like a skyscraper, with one new floor built nearly every week. Conde Nast signed a huge lease for half the tower. And the 9/11 memorial opened in time for the 10th anniversary of the September 11th attacks.

2012 has already seen some minor setbacks, however, A money dispute between Port Authority and the 9/11 Memorial Fund means the museum won't open in time for the 11th anniversary of the 9/11 attacks.

Developer Larry Silverstein is also having trouble finding tenants for Tower 3. Originally planned to be 80 stories, construction could be capped after just 7 stories are built.

One World Trade Center Will Cost $3.8 Billion, Making It The Most Expensive Building In The World 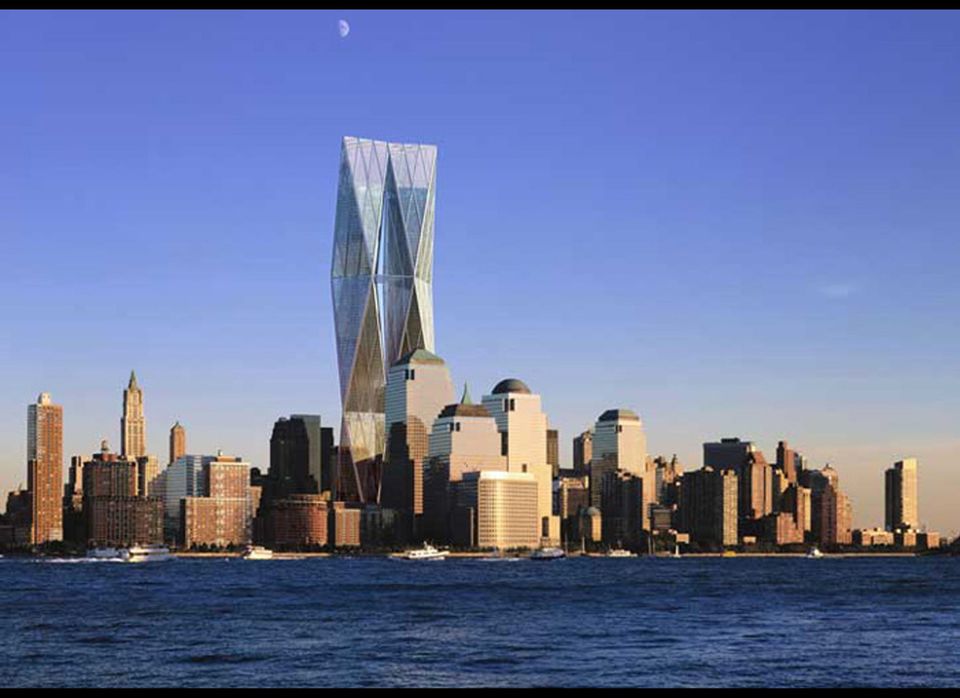 1 / 18
Foster and Partners
NEW YORK- DECEMBER 18: The proposed design by architects Foster and Partners for the rebuilding of New York's World Trade Center site is seen December 18, 2002 in New York City. This begins a six-week review before a final plan is chosen. Seven teams of architects from around the world presented their designs to develop the 16-acre site and the surrounding neighborhood. All designs will be on display in New York's World Financial Center and on the Lower Manhattan Development Corporation's (LMDC) web site. (Photo by LMDC/Getty Images)
Getty