A colossal, duplex penthouse in Midtown that has yet to be fully constructed has already been snatched up for a record-setting $90 million plus price tag.

Due to confidentiality agreements, the buyer's identity and country of origin are currently under wraps, but details of the penthouse include its massive 10,923-square-foot of space on the the 89th and 90th floors of One57 directly north from Carnegie Hall.

Gary Barnett of Extell Development Company told The New York Times the mystery buyer was "someone that people would recognize," and that the buyer was a "very nice family." Barnett was also quick to shut down rumors that they were Russian or from "any other part of the former Soviet Union.”

ONE57 will feature unobstructed views of Central Park, Midtown Manhattan, and both the East and Hudson Rivers. The building's unique exterior was designed by Pritzker Prize-winning architect Christian de Portzamparc.

Rybolovlev famously bought the penthouse with a trust benefitting his daughter in December 2011.

Photos of ONE57 below: 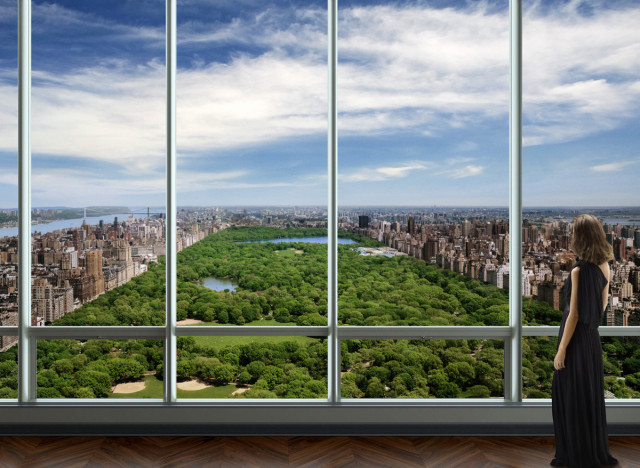