The satirical newspaper's tweet, shown below, called Wallis a "c--t." Many Twitter users took umbrage to @TheOnion's comment, particularly since it was aimed at the 9-year-old star of "Beasts of the Southern Wild." 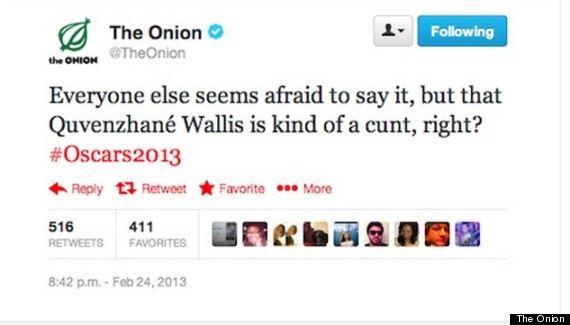 Before it was deleted an hour later, the tweet was retweeted more than 500 times and favorited by some 400 users, The Associated Press reported.