When Britney Spears crooned "I'm not a girl, not yet a woman," she probably didn't know that the virtual dating landscape would favor the former. If we weren't already bombarded with unsolicited prescriptions for how to behave online, now we're supposed to consider whether calling ourselves "women" is worth the opportunity costs.

Apparently, referring to yourself as a "girl" instead of a "woman" in your online dating profile will get you more male suitors.

This helpful information comes from an infographics series published on Wired earlier this month, which focused on what words earn online daters the most attention. Researchers collected data across OKCupid and Match.com. 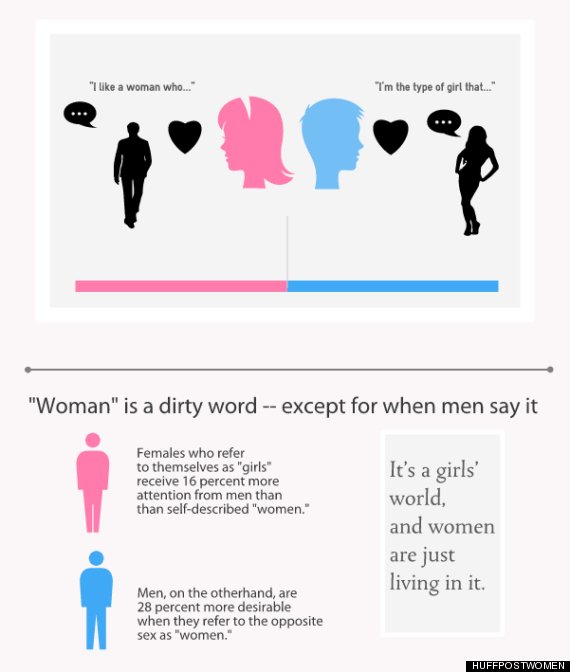 What if grown-ass women went around saying they were looking for "boys"? They would be universally considered creepy, if not predatory. Perhaps men find self-professed "women" threatening? Sigh. We know they'll catch up someday.

As per usual, these statistics offer some interesting insight into how courtship is performed in the 21st century. But do we actually care about a 16-point potential loss for properly labeling ourselves? Not really. We'll stick with Bey on this one.