Statistics about online dating are all over the place. Five percent of married people say they met online. No, it's more like 30 percent. More than 40 million people use internet dating sites, but only 6 percent of people over 55 do (I think both of those numbers are low.) Fifty-nine percent of people think online dating is a good way to meet people now as opposed to 44 percent 10 years ago.

Whatever the real numbers are, cyberdating is a fixture in the American, and world, social scenes, and a thoroughly legitimate and generally safe way to meet interesting people you never would have otherwise. (It's possible to do much more screening of a potential date now than before this phenomenon came along.)

When most of the over 50 set was last seen dating 25 years ago, meeting took place at work, school, through well-meaning if usually misguided friends, or through that urban myth of going up to someone in the grocery store (did that ever happen, or at least happen without the police being called?)

But there are pitfalls, some are directly attributable to internet dating, some are collateral damage.

On almost all of my first dates, I ask how the online dating experience has been. Most of the time I get a lukewarm response. "I've met some nice guys, but nothing that made my heart leap." And then, without prompting, I'll get something like, "I could write a book about my dates. I've got some real horror stories to tell." I ask about these horror stories.

The guy showed up 30 pounds heavier and 10 years older than his photo. The guy had bad teeth or bad manners. The guy expected me to pay for my drinks (oh no!). The guy showed me photos of his ex-wife.

Those aren't horror stories. Those are bad dates. And they do happen. Maybe even often.

Horror stories are: The guy stalked me. The guy sent me nude photos of himself. The guy boiled my rabbit (a reference those of us over 50 will get; those under 50 may not.) 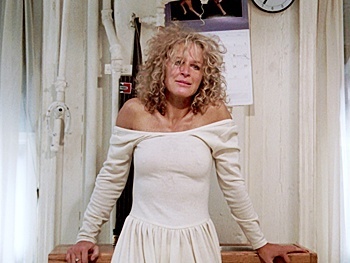 As for those books these women could write, three women actually sent me screenplays they had written about their cyberdating lives. They were almost identical -- series of bad dates with rude and deceitful and arrogant and boring men. A series of bad dates is not a movie. That's over 50 social life in 21st century America. But yes, there are bad ones, even horrible ones.

These, of course, are the things -- often small -- that you see in someone that make you want to run in the opposite direction.

"I missed all the red flags. He was so controlling, like my ex."

"The red flags were there early on. She criticized what I ordered for dinner."

Okay, sometimes they are real and matter. He screamed at the waiter. She had three felony convictions. But usually, a red flag is just a personality quirk that might or might not prevent a good relationship from developing.

This is a particular problem for the over 50 set, because we don't want to "waste time" with the wrong person, so a red flag, any red flag, makes us nervous.

Stop looking for red flags! Everyone has flaws or they -- and you -- wouldn't be on a dating website. Don't make more out of something than it should be. If she talks about herself all the time, she may be a narcissist, or she may be nervous, or who knows? Don't flee the scene just because something reminds you of a past relationship gone bad. 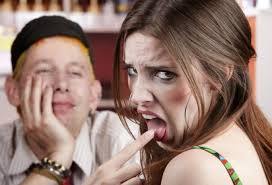 Red flags seque neatly into the biggest plus and biggest minus of online dating. You're a always couple of clicks away from 100 other possible mates in your neighborhood; thousands if geography isn't a barrier.

Because of that, we can walk -- or run -- away from someone who isn't everything we want or someone who has a red flag or two.

I went on a date with a woman and we were having a lovely time. After an hour or so, she said, "You don't remember me, do you?" Sounded like a trick questions, so I said, no I don't. Turned out we had gone out a couple of years earlier. We ended up getting along, but still... another time - I was on the phone with a lovely woman, and as she kept talking, I realized I had dated her about six years earlier. I interrupted. "Is your last name _____?" It was. I informed her of our past, which she had obviously forgotten as well. We had a laugh. We didn't get together again.

1 / 7
Find out whether the dating service does any background checks or fraud scans before a person's profile is posted.
Alamy