The Background
Studies -- as well as anecdotes from my social circle -- suggest that online daters consider profile pictures on dating sites the most important component for attraction, so selecting the right one can be an oddly daunting task. You want to pick a photo that's flattering, but not one that's so flattering and taken at just the right angle on the best hair day of your life that it deceptively looks more like Natalie Portman than you. If profile pictures are so important, it's easy to wonder what people assume about you from a single curated snapshot.

The Setup
In a recent study, researchers from the University of Connecticut decided to figure out how attractive profile pictures affect a dater's perceptions of a potential mate, so they crafted two versions of a male and female online dating profile. One version of each featured an "enhanced" profile picture, "one in which an individual has 'beautified' herself/himself by using make-up and/or styling their hair, and the picture uses a flattering light/filter and angle," as the researchers put it. In a second version of each profile, the same man and woman's images were not enhanced.

The researchers then brought in 153 male and 152 female heterosexual singles to simulate the online dating browsing experience in a lab. Each group of men and women were split in half. One half of each gender group was shown the opposite sex profile with an enhanced profile picture, and the other half was shown the same profiles with profile pictures that weren't enhanced. All of the groups were asked if they were attracted to the man or woman in the profile, how trustworthy they thought that person seemed and whether or not they'd like to date that person.

The Findings
The not-so-shocking finding: Both groups of men and women in the study overwhelmingly considered the enhanced profile pictures more attractive. However, the men considered the dolled-up, Instagram-filtered woman less trustworthy than her unenhanced counterpart. The enhanced woman was "too hot to trust," according to the researchers, who noted that the men might also think the woman in the photo was deceiving online daters and wasn't really that hot in person.

The women, on the other hand, felt that the man in the enhanced profile picture was more trustworthy than the unenhanced version of the same man. But no matter how participants felt about their potential date's trustworthiness, perceived attractiveness of the profile picture was the most important factor in determining whether or not they wanted to date the person in the photo. 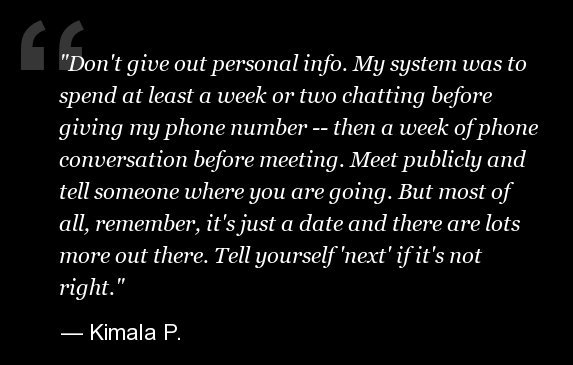