Barbara Rose Brooker has been single for over 28 years.

Six years ago, at age 70, Brooker tried a new approach to her love life: online dating.

A 2012 Bowling Green State University study described people over 60 as the "fastest-growing demographic in online dating," and even lifestyle mogul Martha Stewart, 71, is giving Match.com a go.

Brooker, now 76, describes herself as a proud member of the "boomer hottie" generation and has penned a new novel, The Viagra Diaries, detailing the exploits of a 60-something love columnist. Brooker ventured deep into the world of online dating -- joining sites like eHarmony, Plenty of Fish, Match.com and more -- in the hopes of finding a relationship, but also to do research for her book and learn how other boomer hotties were looking for love online (the oldest person she met: An 88-year-old man Brooker says was "charming, absolutely charming"). Brooker is also a blogger for The Huffington Post.

For our "Life As" series, Brooker took HuffPostTech inside the life of an online dater in her 70s, told us what septuagenarian men lie about most, and gave us the scoop and what happens when online dates go horribly awry.

What was most surprising to you about online dating?

What really surprised me was the overwhelming response from men who are looking for love and at the same time are so terrified of age. They’d say things like, “You’re an interesting woman, but I really need to be with someone 45,” or they’d say, “You want to go to Viagra falls?” Or they were still playing the role of men from other, lost generations. Very, “I’m Tarzan, you Jane” kind of thing. Most of the men won’t respond if you say your real age.

There was a retired surgeon who sounded on phone like he was very intellectual, so we set up a meeting at Starbucks, near my house. He walked in, sat down, and he looked like a man who had been left on an island. He looked like a homeless person. It turned out that he’d just gotten out of prison. He had been in prison a long time and I was his first date. On the phone he made it sound like he still had practice!

Then there was the serial JDater. I met him on JDate, we met for a cocktail and I liked him immediately. He was a very elegant man, a very attractive man. He was in his early 70s, but very, as you’d say, cool, successful -- all those things. And I thought, “Oh my God.” And so we got involved. But very quickly I found out he was on JDate like an hour after he brought me home. It’s like a big candy store for some of these guys, particularly the ones who are not terribly mature or terribly serious about having a committed relationship.

What did you consider the best and worst online dating sites? I really did like JDate.com, and I also liked Match.com. With Match.com, you can meet anyone from any culture. It’s diversified, but I think it’s 99 percent honest. It seemed very comfortable and I never really, outside of one or two times, got any horrible lies.

I disliked eHarmony intensely with all the rules. I remember when I first filled out its questionnaire, I got a notice: "You’re not fit for our site."

There are some sites that really don’t want you if you're older, like eHarmony. They’ll deny it of course, but it was so obvious. There was another one that I actually called. I got a live person on the phone and I asked, “Do you have something against someone over 60?” and they said, “We prefer no older than 50.” There’s a lot of disease still in online dating and that disease is ageism.

In your experience, what do people in your age demographic lie most about on online dating sites?

They all use pictures that were taken 20 years ago, and a lot of women have pictures taken, then airbrushed. Most of them definitely lied about their age. For example, this doctor I met who had this incredible resume and exciting mind, but he was at least 20 years older than he said and had his hair dyed and a facelift. If guys said they’re 60, they’re usually 75, and if they said they’re 74, they’re usually 92.

I met one man who said he was a widower. He sounded neat and we decided to meet at the bar of a restaurant in North Beach. He described himself as looking like Clint Eastwood, and when I met him I could tell there was something really off off off. And I said, “When did your wife die?” And he said, “Two days ago.”

What's the most important thing that online dating sites need to do better? To me, the sites seem a little outdated now. They seem kind of old-fashioned with the "put your profile in and meet the man of your dreams” kind of thing. And I think that the way the sites are set up, they’re just not honest. They’re not true. Some people will meet the man of their dreams or woman of their dreams, but most won’t. It’s like going through an airport and getting on the wrong plane.

The rules that they have just seem so ridiculous. And the questions! I don’t know who writes them, but they really have to revisit them for everyone, period.

What’s your advice for other “boomer hotties,” as you call them, who want to online date?

I always say: Talk to the younger people and find out what you should do technologically. I have a son-in-law who’s a multimedia geek, and he makes lists for me. I’d get somebody you feel comfortable with and you’re not afraid to feel stupid with to help and show you. And then gradually, start learning. I wouldn’t do it all at once because I’m still overwhelmed by the sites I'm on and they’re growing so fast.

UPDATE: An earlier version of this story incorrectly spelled Brooker's last name. The correct spelling of her name is Barbara Rose Brooker. 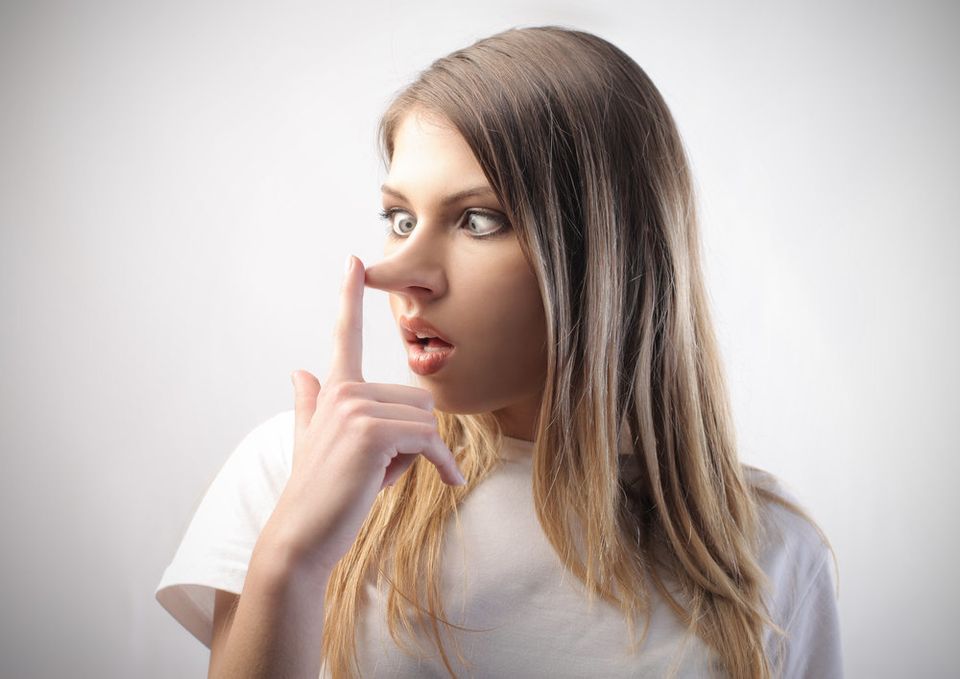 1 / 10
Don't Ever Lie
So maybe you don't have a six-pack or a Master's degree — there's no reason why you shouldn't be yourself on your profile, says <a href="http://shannyinthecity.com/about/">Shannon Tebb</a>, a dating consultant based in Toronto. Tebb adds you should never lie about your weight or job, and honesty is the best way to start a relationship. Also, if it is your first time using a dating site, don't be afraid to state it on your profile.
Shutterstock