Online dating has made me feel more alone and rejected than ever. 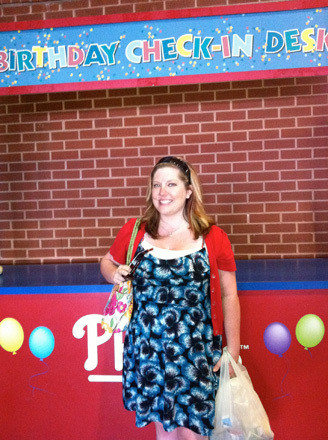 This is my 'I'm normal and happy' face. Am I trying too hard?

I expected life after college to be hard. Entering the workforce in one of the more turbulent economic times in our nation's history meant I would have to work harder to break into the communications industry. Moving out of my parents house would mean learning how to live on a strict budget, resulting in many ramen noodle dinners the week before payday. However, I did not expect that my dating life would be this difficult.

For the life of me, I cannot get a date. Just typing that sentence stung. As a single, straight female living in a metropolitan neighborhood, one would think that it would be fairly simple to meet men. I'm not a huge drinker, so the bar scene has never really been my thing. Not that there's anything wrong with it, but I'm not into one night stands either.

Although I am an introvert and would rather spend time with my cat while watching Netflix, I ventured out of my comfort zone and joined a co-ed softball league and registered for a comedy class. That was a bust. Most of the guys were taken, while the others showed zero interest in my lame attempts to flirt. When that didn't pan out, I turned to the one avenue that has never let me down: the Internet. 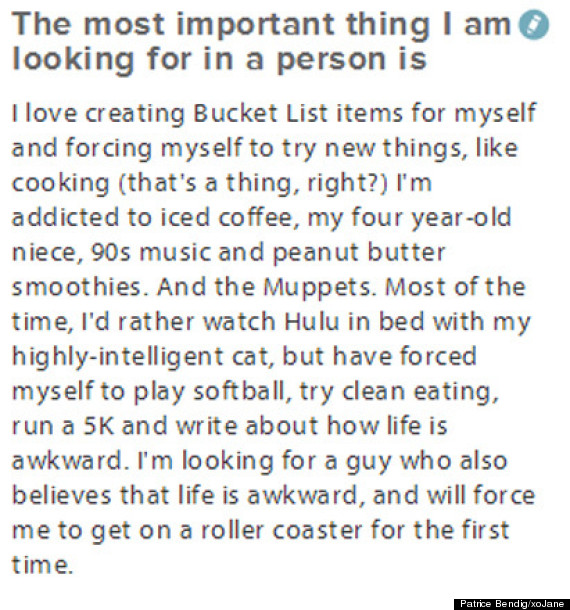 My online dating bio that my friend Erica wrote. It pretty much sums me up to a tee.

Online dating seemed ideal, and was surely going to be the gateway to widen my dating horizons. As a writer and a marketer, it should have been almost effortless to create a dazzling dating profile. No awkward pick-up lines, or reading between the lines. In this digital dating landscape, I was able to put my best self first.

Similar to online shopping for shoes, I perused the catalog of men "selected" specifically for me. What could be better than having tailored dates sent in my inbox every day?

Over a span of a week, I reached out to 10 different guys, crafting short but thoughtful messages. Radio silence followed.

Determined, I scoped out more matches, reached out and waited for a bite. Nope -- it ended up being another round of rejections. So really, it was like being shot down by 20 consecutive times. Twenty men that were perfect for me based on my personality and interests were not interested in me even though I "looked" and "sounded" my best. Even at my best I was not desirable. To someone who struggles with self-esteem issues on an hourly basis, this was a kick in the gut.

After a month of only getting two messages from men that were not my type, and receiving no response from any of my "matches" (there had to be over 40 at that point), I enlisted feedback from my friends.

I was positive switching out profile photos, having my best friend pen a wittier "about me" summary and broadening my "match" settings would make a world of difference to potential suitors. It was a digital makeover, and just like in the movies where the girl turns heads after her transformation, my new profile would gain traction.

Nothing happened. My inbox remained empty, and my insecurities were increasing with each click. What was turning them away? Was it my looks -- which was based on the best photos of me? Or was it my personality, my being? Something has to be turning them off, and the speculation of what it could be has rattled my confidence. 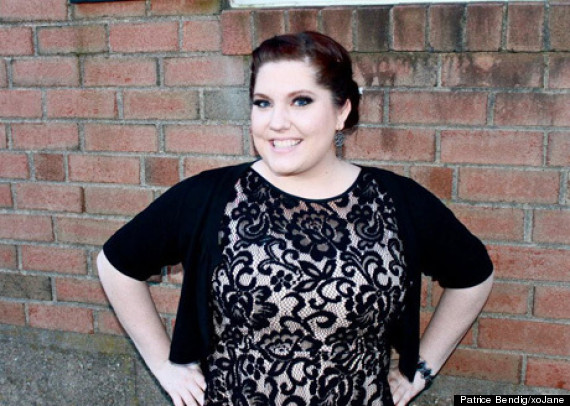 My profile photo, which used to make me feel confident about how great I looked. Now I question if I was as pretty as I felt that night.

If I am being myself and it hasn't attracted anyone, then perhaps I have way bigger fish to fry than trying to get a date.

Online dating has made me feel more alone and rejected than ever. Because it has been such a draining experience, I made the decision to delete all of my online dating profiles, five profiles altogether.

The sad, destitute inbox of shame.

Has anyone else ever experienced a similar situation in online dating? Instead of lifting you up, has it shaken up the stability your self-image? They say love hurts, but being rejected before you're even acknowledged hurts even more.