Facebook and Twitter have received failing grades from Digital Society, a "digital think tank," that created an "Online Services Security Report Card" ranking "which websites protect your account and which don't."

The report card examines how vulnerable services such as eBay, Flickr, Amazon, and Facebook, are to a security breaches and provides each a grade. The ranking is particularly timely in light of concerns around Firesheep, a Firefox plugin that enables users to obtain the login information of others who may be browsing non-secure websites on unencrypted WiFi networks.

See the report card below. 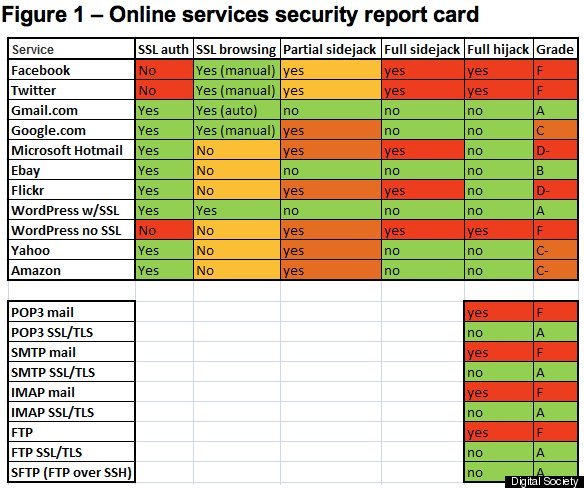