Setting up online voter registration could lead to an easier, more accurate and more satisfying experience for voters at little cost, according to a brief from The Pew Charitable Trusts released Wednesday.

Pew surveyed the twenty states that offered online voter registration as of November 2014. Of those states, thirteen highlighted “voter satisfaction” and “reduced burdens on election officials” as benefits of an online registration program. 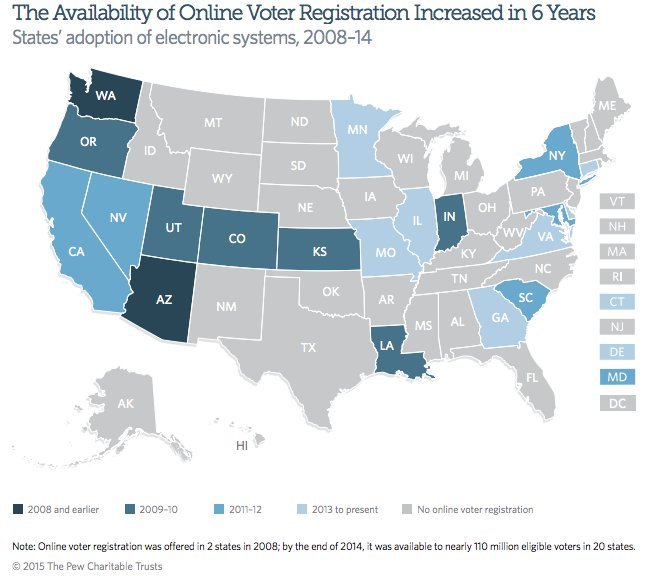 The brief also details the cost-effectiveness of online voter registration, noting that California saved almost $2 million as a result of implementing an online program. Most of the states that submitted cost information spent less than $300,000 setting up their systems, with six states estimating the cost was less than $100,000. 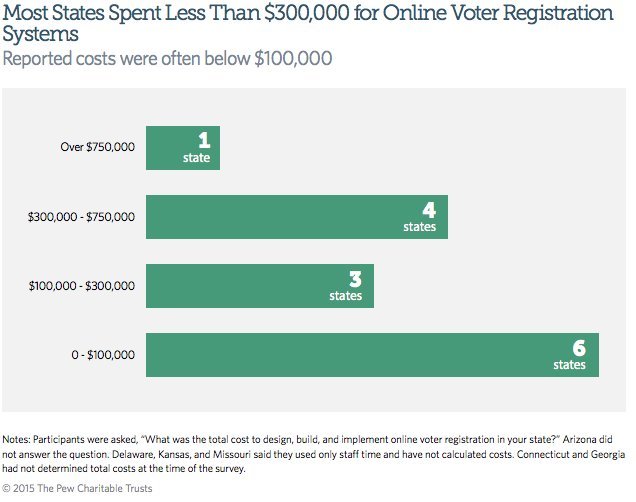 Despite these developments, the Pew brief shows there's still room for improvement. Several states said their online voter registration programs were not well-promoted, meaning few voters took advantage of them. Others said that despite the existence of an online system, they still printed a hard copy of each voter registration for record-keeping purposes, reducing any potential savings on the costs of paper.

Read the full Pew brief below: