One of my life's missions is to celebrate the extraordinary. As a travel writer, I sniff out the rare and unique, the truly special things that give a town, a country or a region its one-of-a-kind fingerprint.

Bill Gates, who started that little company of his in a garage in Albuquerque, abandoned this city with 310 yearly days of sunshine for Seattle that's lucky to get 60 days of blue skies, but as Apple has proven, he doesn't know everything.

Here are the top five things you can only find in Albuquerque:

1. Businesses who ask, "What would Walter White do?" New Mexico was the first state in the country to offer a film tax rebate. Consequently, its biggest city has played a starring role in many of the last decade's films, including 2012's $1.5 billion-grossing Avengers and the about to-be-released Lone Ranger. But the production that has brought the most fame to Albuquerque is the AMC hit, Breaking Bad, which has spawned dozens of profitable Albuquerque businesses. I was lucky enough to visit Great Face & Body that makes "Bathing Bad" bath salts, lotions and scrubs. Urban eco-shamans Keith and Andre West-Harrison, who count the show's Giancarlo Esposito as a friend, cook up red cabbage for the organic blue meth bath salts that are selling faster than you can say Heisenberg. 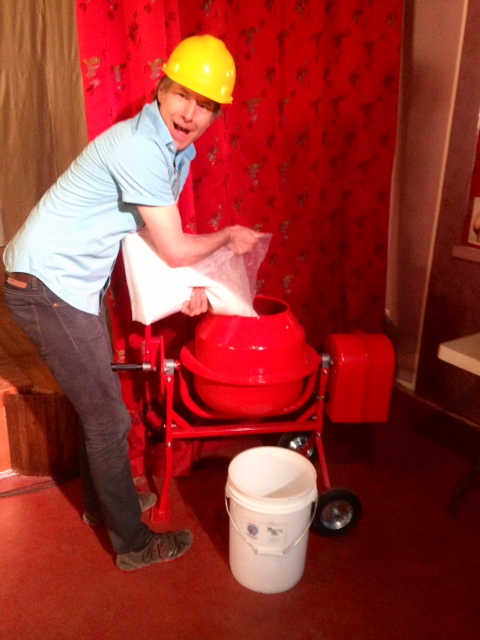 Debbie Ball, owner of The Candy Lady, didn't consider selling blue ice candy at her store until she saw Bryan Cranston offer up a bag to David Letterman. Since she's the one who sold him that bag (the show hired her to make 100 pounds per season), she decided to capitalize, adding a whole line of Breaking Bad products, including Heisenberg's famous porkpie hat. There's even an Albuquerque artist who turned his struggling career around by making Pez dispensers of the show's characters.

2. A trolley tour on an adobe trolley: Hard to find a city these days without a trolley tour, but ABQ Trolley is the only open-air trolley made from adobe. And, yes, the two Burquenos (an affectionate term for local) who own it give all the tours themselves, including a three-and-a-half hour tour of Walter White and Jesse Pinkman's haunts. Guests on this popular, always sold-out tour see the Crossroad Motel, Saul Goodman's law office, Tuco's hideout and are even offered a drink at Los Pollos Hermanos which, in its civilian life, doubles as Twister's Grill.

3. A movie theater with hundreds of lit-up buffalo skulls and swastikas. Albuquerque's Kimo Theatre is the only theater in the world designed in the Pueblo Deco style. Built in 1927, its adobe architecture, log ceiling beams, chandeliers shaped like war drums and indigenous motifs like funeral canoes and wrought iron birds separate it from other palatial theaters of its time that tended to be decorated in Egyptian and Chinese motif. Needless to say, it's on the National Historic Register so when it was renovated in 2001 just in time for Route 66's 75th anniversary, the fact that the swastikas meant peace and prosperity to Hopi and Navaho cultures long before Nazi Germany adopted them gave city planners reason enough to leave them be. The interior of the Kimo (it's an Indian word that means, "King of its Kind") looks like the inside of a kiva, has murals depicting the Seven Cities of Cibola and is allegedly haunted by the ghost of a six-year-old boy who was killed when a lobby water heater exploded in 1951. Either way, it's a great place to catch a Hitchcock flick, a series the Kimo happens to be running this summer.

4. A restaurant that makes salsa with the faces of Hillary Clinton, Katy Perry, Lil Wayne and Joe Biden on their labels. El Pinto, the famous 1200-seat restaurant that first coined the term "New Mexican cuisine" is run by a couple identical twin brothers who wouldn't put anything artificial in their mouth if Breaking Bad's Gus Fring tried to slit their throats. They grow all their chiles to specification, fussing over them like a vintner fusses over his grapes. Jim and John Thomas have cooked on Air Force One and in the White House when George W. Bush decided to celebrate Cinco De Mayo with recipes the Thomas twins learned from their grandmother, Josephina Chavez-Griggs. Just about every actor with an agent has made it to this 12-acre property that serves 140 types of tequila and nothing that's not organic and locally-grown. 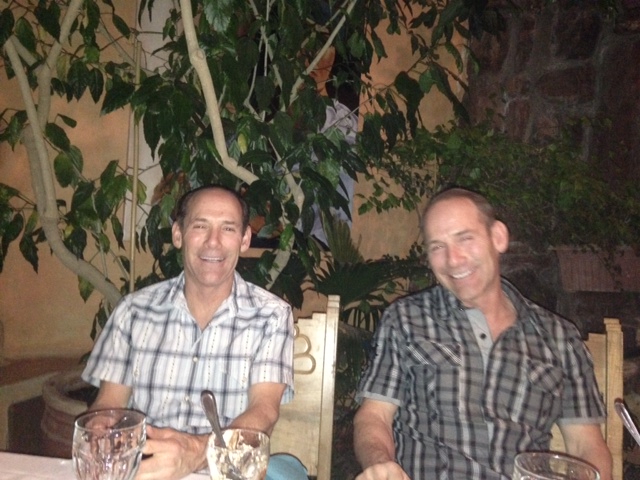 5. Horses parked next to cars and bikes. Josh and Heather Arnold, a cute young couple who own Routes Bicycle Rentals & Tours, give brewery tours, movie tours and general Albuquerque tours on cruiser bikes. They also rent bikes to the likes of Arnold Schwarzenegger who took them up on their offer five or six times during the filming of The Last Stand, his "I'll be back" film after politics. And while bike-riding is cruiser friendly through the flat streets of Old Town and along the Paseo del Bosque trail, Josh says they occasionally encounter traffic jams with horses who are still ridden to local coffee shops from time to time. Thanks to the city's acequias -- communal irrigation systems -- it's still possible to own and ride a horse in the center of a sprawling city. 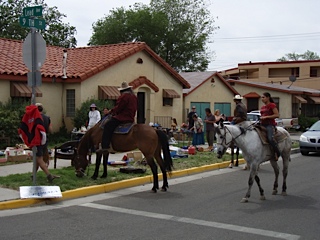