Spotting a McDonald's a few blocks from the Hermitage in St. Petersburg was the last straw. The whole world, it seems, is turning into one homogenous, capitalist playground. Oh, for the days when people traveled in search of experiences not available at home, when they secured passports to see unfamiliar territory, new cultures, things that inspired them to send postcards back home to report, "You will never believe what I just saw!!!"

To that end, I'm launching this travel column with five exceptional, unexpected and singular things a traveler can find in the many destinations I visit in my work as a travel writer.

I'll start with the Cook Islands, a little-known (at least to most Americans) island chain with 15 don't-blink-or-you'll-miss them blips of land spread out over 756,000-square-miles of the South Pacific, most of which is protected as a marine park.

What follows are the top five things you will only find in the Cook Islands:

1. A deserted island with its own post office: Tapuaetai, a small motu in Aitutaki's stupendous 8 by 10-mile lagoon, is also known as One Foot Island. It's deserted except at lunchtime when small boats drop off snorkelers and other assorted picnickers for ika mata and other Cook Islands delicacies. Although it'll never compete with Federal Express (delivery from One Foot takes a good six weeks), there's a tiny post office and an official passport stamp that is sure to stump Customs Officials back home. 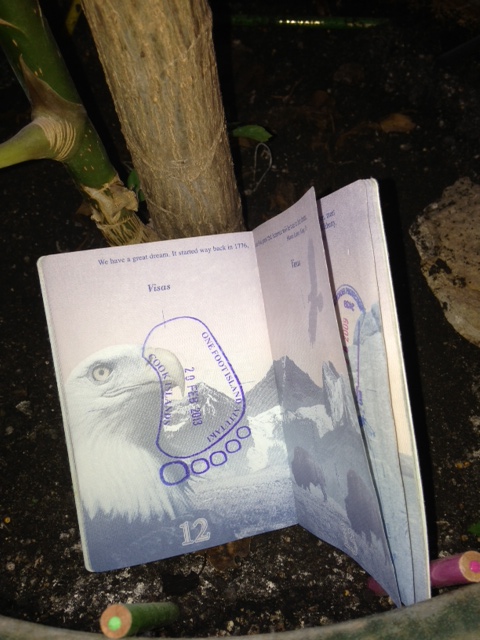 2. A 70-something medicine man with waist-length dreads and tea leaves tied around his knees. Whatever you do, don't ask Pa, who leads cross country treks across Rarotonga, the largest of the Cooks, how old he is. He'll quickly set you straight: "The only question worth asking is how young are you?" Pa, who swam from Raro to Tahiti, can trace his heritage back 64 generations and has never met a herb he can't identify, is as young as they get. He scrambles up boulders, incites such breathless pleas from his customers as, "Excuse me, do you mind slowing down a bit?" and, the day I met him, had fireman carried a man 10 years younger than him.

He calls Raro's jungle "his hospital" and he happily points out remedies for everything from diabetes to itchy mosquito bites. It's rumored he has cured dozens of cases of cancer and at least some Western docs believe it. An M.D. from the U.S. was slated to arrive the week after me to learn from his encyclopedic knowledge of Cook Island botany.

3. A justice of the peace who has never had to convene court. On Mitiaro, an island with a grand total of 170 residents, Tungane "Aunty Nane" Pokoati Hodson serves as the official, court-appointed justice of the peace. But she's never had to give out a parking ticket (at last count, there were a grand total of nine cars on the island) or resolve a dispute. The three chiefs on Mitiaro listen to grievances after each of the three Sunday church services and upon hearing recaps and explanations, secure apologies and resolution. Aunty Nane is like the Maytag repairman.

4. A popular restaurant that's open but one night a week. Called the Plantation House, this 1853 colonial home, one of the oldest on the island, opens its doors one night (occasionally two) a week. Count your blessings if you get in. At 5 p.m. on that night (usually Tuesday), you show up for a tour of Louis Enoka and Minar Henderson-Enoka's plantation followed by a three-course organic dinner, served on an apuka-shaded veranda. Every dish comes from the jungle garden (even the chicken and the pigs). After desert, often coconut meringue cake with kaffir lime curd or lime cheesecake, guests can enjoy the gift shop the industrious couple built with timber recycled from the old St. Joseph's School. It sells hand-made Cook Island products, things like pearl jewelry, rito hats, hand-sewn pareus and Noni juice and soap.

5. Beer made from oranges. Also known as bush beer, this homemade brew is popular on the island of Atiu in secret and not-so-secret jungle clubs known as tumunus. They're mostly men's undertakings (although visitors of all genders are often welcomed provided they contribute either a bag of oranges for the next batch or $5) where songs are song, tribal business is conducted and the beer concocted from oranges, malt, yeast and sugar is passed around in a coconut shell. Like many Polynesians, Cook Islanders once enjoyed a milky drink made from kava root, but when missionaries showed up, the "evil," mind-altering plants were destroyed. Tumunus were technically illegal until 1985 when a German ambassador and the Minister of Police attended one. Today, Atiu's remaining five tumunus are inspected every December by the local health department and nine visitors. It's a worthy gig, if you can get it.