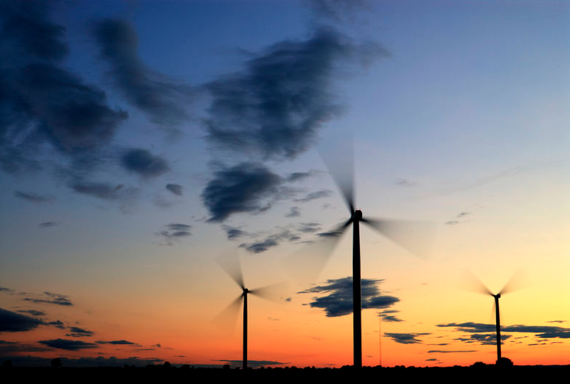 The recent United Nations Climate Summit's (COP21) stated intention to keep planetary warming at 1.5 degrees Celsius was giddy-making news. While we are not out of the woods yet, there just might be a way.

Transitioning to an electrified world running on wind, water and solar power ONLY would get the climate back on track; reducing atmospheric carbon dioxide to the safe zone of 350 parts per million (ppm) by century's end (currently CO2 is at 400ppm and climbing).

This is not pie-in-the-sky thinking, according to climate and energy guru, Mark Jacobson. Director of the Atmosphere and Energy Program at Stanford University, Jacobson, is a man with a master plan.

Jacobson's first order of business: Eliminate all combustion; not just fossil fuels, but also biomass (a popular fuel in the developing world) -- because combustion creates black carbon. Back in 2000 Jacobson worked out black carbon -- aka particulate matter -- is the second biggest driver of climate change after CO2.

Black carbon is also a killer, causing 4-7 million air pollution related deaths a year -- an estimated 4,400 of these occur daily in China. 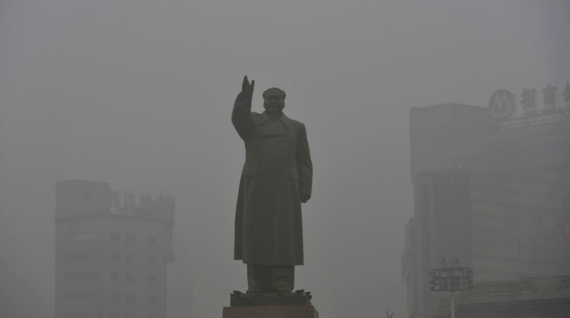 With global energy demand anticipated to double by 2050 it's a no-brainer clean energy has to be in the mix. The financial implications alone are huge, Jacobson estimates air pollution health costs will run in the vicinity of $15-25 trillion a year, with another $20 trillion dealing with climate change fallout.

Consider the alternative numbers. For starters sun, water and wind are free. Then there's the efficiency factor: Less than 1 percent of power generated from solar and wind gets lost as heat, while more than half the power produced from natural gas, and two thirds from nuclear and coal is heat loss.

Because of this efficiency differential, switching to all renewables by 2050 would actually cut global energy demand by a third, according to Jacobson.

There's no denying his de-carbonized energy future is radical. All forms of transport, industry, heating, cooling and everything in between, would be electrified.

Globally it would require 117 times more solar panels than currently operating -- though more than 11 percent of total electricity would come from rooftop solar, and roofs have to be there anyway. There are enough existing hydro generating power plants for Jacobson's clean energy portfolio. Which just leaves wind; we'd need 9 times more wind turbines.

What about the birds?

The renewable energy transition rollout happens in two stages: 80 percent by 2030 and 100 percent by 2050. However, for much of the world, it wouldn't be a transition but rather an opportunity to hook up to the grid in the first place. Solar installation is considered a human rights imperative for the 620 million people currently living without any electricity on the African continent.

As for the developed high-carbon emitting nations Jacobson's team has crunched numbers and run climate and weather models for 7 years. The renewable energy road map for all 50 of the United States, plus 139 other countries (collectively representing 95 percent of global emissions) is available at the Solutions Project, which he co-founded with another clean energy champion, actor, Mark Ruffalo. 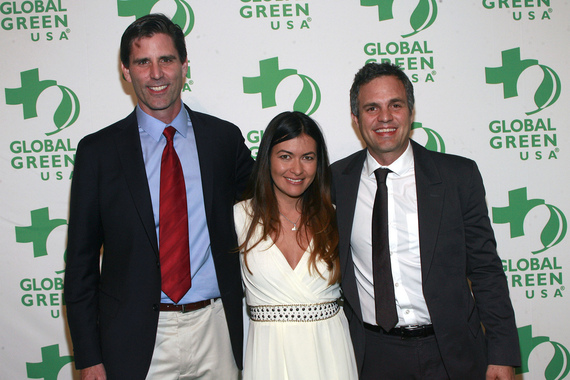 But is a mega scale transition realistic?

Senior Scientist with the Natural Resources Defense Council, Peter Miller, says there's no magical thinking about it. A wholesale clean energy switch is completely feasible, especially given states like California already generate more solar power than can be used.

Though Miller doesn't foresee California weaning itself off natural gas anytime soon, he warns as soon as we get complacent about transitioning to all clean energy, we are not moving fast enough in the right direction.

There is little complacency on either side of the battle being waged over fossil fuel bad-boy, coal. While there are U.S states clinging to coal and using the Supreme Court to delay President Obama's Clean Power Plan, more than 30 states are charging forward with clean energy and leaving coal in the dust.

Out in the rest of the big wide world coal is also losing ground. From the about face by UK Energy (a huge coal lobbyist) now backing a green energy future, to China's plans to lay off 1.8 million workers -- mostly in the coal industry -- in bid to restructure the country's lethargic economy and falling energy demands.

Jacobson's math shows clean energy creating 22 million jobs worldwide, with 2 million of them in the U.S.

This revolution isn't about the know-how. We already have that. It's about the political boldness to demand a viable future.

So what are we waiting for?