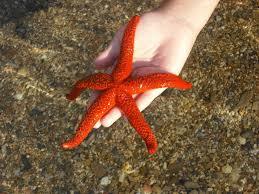 I live with an open heart. A difficult vulnerability as my heart is mostly scar tissue, and just like the tender scars underneath a chin -- from a reckless childhood fall into the edge of a coffee table or drunken stumble into the corner of a bathroom sink -- one small bump and I bleed all over again.

My body reveals my reckless, yearning, despairing history. Gravel in the knee after speeding down a potholed hill and tumbling from my bright yellow, banana seat Huffy bike. A thumb-shaped indent in my calf after a German shepherd attack left me scrambling onto the roof of a Volkswagen Beetle so the dog's jaws wouldn't catch my neck. A tiny pit near my temple from a chicken pox scab that I picked off when sequestered in bed, blissfully, with a stack of Nancy Drew books and glasses of ginger ale. Rivers of stretch marks on the insides of my thighs from growing four inches in eight months when I was twelve and felt ugly and ungainly and towered over all the boys who called me Olive Oil. A long snake running up my foot from college when I was drunk and then inexplicably bleeding and my boyfriend accused me of doing it to myself while the doctor sewed me back together with twenty-three stitches. Dozens of crisscrossed scars on my arms that I did do to myself with razors and knives and glass, trying to overwrite the chaotic and overwhelming psychic pain with the controlled and deliberate pain of an Xacto blade.

I've had to explain all of the scars on my arms to boyfriends, lovers, old friends, new friends, doctors, phlebotomists, even strangers, writhing in shame and panic: They can see and now they know and will leave.

When my daughter was seven, she grabbed my forearm and with her tiny fingers traced the raised, white scars. "How do you think you got these?" she asked. My daughter studied the world around her with focused intensity. She spent hours watching the slow progress of her Chinese Water Dragon molt its skin. Could I really have assumed that she wouldn't see the dozens of white scars that etched my arms in their sad pattern?

I panicked. How could I answer that question? I was supposed to be the safe harbor against a painful, violent world. What would it mean for me then to be the source of such violence? So I lied.

When I was at the bottom of the well, cutting my arms in an almost daily assault, my therapist wanted me to write words over the scars and around the new wounds with a black Sharpie: Beloved Holy Forgiven. Words meant to remind me of who I was in spite -- despite -- my surety that I didn't matter and hence, should die. Inscribe those words, words of softness and kindness, of redemption and love, onto my skin for everyone to see? How could these words be mine? I blew him off.

At our next appointment, he had me push back my sleeves, revealing a new ladder of scabs.

"Scars and damage," I said.

I looked away. More, deeper, dead, I thought.

"Oh," I said. "Words. But I can't write on my arms. I don't want anyone to notice." Somehow, even though "anyone" noticing my scars flooded me with shame, I believed it might be more shameful for "anyone" to see that I might mark myself with hope. Wasn't that overreaching? Why risk imagining any possibilities that offered joy and grace and connection with "anyone."

He was persistent so I relented and started wearing the words on my skin, trying not to care about the sideways glances from strangers. When I went for a manicure, the nail technician, Tommy, a chatty, breezy Vietnamese immigrant who liked to watch The Price is Right in between filing each nail, turned my arms over and read the words aloud: Beloved Holy Forgiven. My shame storm rose up: chest tightened, mouth watered, the need to run and dive back into the well. Tommy was saying the words again and again in his broken English in a room full of "anyones." He smiled, a wide, white-toothed smile, picked up the nail file, and said, "Those good words."

A few months ago, I was sitting in a booth at a diner with my first post-divorce, supersonic "fling," T. He had read my blog before ever kissing me, and so knew all about my tangled, painful, shameful past and chose to come back (and has unexpectedly become a longer-term friend). Sex with T. was revelatory: for the first time in decades, my body was a source of unmitigated pleasure and joy. As is so often the case post-tumble, we were starving and though it was past midnight, found a twenty-four hour diner. We were sharing a black and white milkshake and a plate of bacon, when T. asked me to explain my scars, why I felt it necessary to hurt myself in that way.

"It felt like pain's answer," I said. "Like having a toothache and grinding down into the throbbing tooth. Somehow, secondary pain obliterates primary pain."

He ran a finger down my forearm, a tender benediction. Usually I would have pulled away, and tucked my arm behind my back, but the small weight of him on my skin held me in place.

"You don't do that anymore," he said, "right? You don't need to do that to yourself."

T.'s gaze offered compassion and empathy, the necessary forces of the heart that obliterate shame. For a long time, we just looked into each other, each risking both seeing and being seen. The waitress must have thought we were high, like the giggly table of teenagers scarfing french fries behind us, or practicing some form of introverted tantric sex. But we'd been talking all night about who we were and who we were becoming, and we just rested in the quiet.

This is why I live my heart as openly as possible now, risking vulnerability for joy and grace and connection, understanding that most of the time, or at least in equal time, the return will likely be pain and humiliation and rejection. But that is acceptable, necessary risk because when it pays off? Transcendence. Starfish are creatures of transcendence, like their other name suggests: Sea Stars. Their powers are fittingly celestial. When a Starfish's limb is cut off, the wound must first heal, but then cells proliferate, reaching for an imagined future. Regeneration of a new limb can take years. In our bodies? Scarring is, after all, healing, and is believed to be our form of regeneration. The scars that crisscross my arms, the scars that were once a source of shame, are now evidence of my celestial regeneration -- years in the making -- into a life filled with the transcendent possibilities of joy and grace and connection, and a body beloved and holy and forgiven.