Love your show. Love you. I have been watching "This is Life with Lisa Ling" since its inception and I think it would be responsible of you to do a follow-up show on an episode which recently aired on CNN called The Genius Experiment, on October 14th, 2014.

As I watched your story covering the "Supersmart Sperm Bank," founded by Robert K. Graham in 1980, I was on the edge of my seat wondering when you were going to talk about "the dark side of giftedness."

Sadly that never came. Only a few insights into the surprisingly "ordinary" lives your gifted subjects lead today, with no focus on the emotional and social struggles which most often accompany very high intelligence.

As the mother of an eight-year-old daughter identified as "profoundly gifted" last year, we are well aware of the growing and oftentimes misunderstood or unsupported emotional needs of these children who will one day grow to become adults in our society.

I didn't have my daughter's IQ tested for bragging rights. My husband and I had her tested after years of wondering why her behavior and emotions seemed to be a little more demanding than most other kids her age.

Okay so her needs are a lot more demanding. Sparing some details here, let's just say I was curious why her emotional outbursts, excruciating anxiety, growing depression, habit of stretching the truth, and uncontrollable tantrums never seemed to fade away after toddler-hood. We wondered if they were a sign of a learning disability, and became concerned about her underlying mental health.

After a battery of tests, the results were unexpected. An IQ of 145+, put her in the 99.8th percentile of the US population. We received a recommendation from the Psychiatrist who did her testing to "put her in private school soon so she can be supported appropriately."

Unfortunately, when you don't have extra money to throw at an expensive school to help you "better deal with the issue," parents have no choice but to become specialists, therapists, the safe people, the tutors, who must challenge gifted children with what they aren't getting in school. Public schools and teachers often expect gifted students to over-perform. Missing the point almost entirely, they simply aren't equipped, it seems.

So why isn't there appropriate support for these young kids with indescribable emotional issues and who frequently appear to their teachers as UNDER-achievers?

I was told by our daughter's first and second grade teachers after seeing her results, that they were surprised by her high scores, given her average performance in the classroom. I belong to several support groups with a dozen other moms questioning the same perplexing issues as ours, who were also told that their kids did not "appear to be gifted." Let me make clear that we are not obsessed with having our child in an advanced learning program, rather it is her overall happiness and ability to adjust in society that is most important to us. We are discovering however, a fascinating delicacy in profoundly high IQs and extreme emotional challenges.

According to our doctor, "research clearly indicates that gifted students may compartmentalize their skills, not share their intellectual knowledge with teachers and peers, and as a result may be overlooked or downplayed."

This issue has been researched and debated for decades. Giftedness and high IQ do not necessarily equate to high academic achievement, and the current consensus of most studies is that highly gifted individuals require significantly different learning and emotional support so they can reach their expected potential.

In short, gifted children are more intense, sensitive, and question almost everything- frequently to a fault. By intense, I mean they are in another world when they are telling a story. By sensitive, I don't just mean their feelings are easily hurt- I mean bright lights, tags in their clothing, over-excitability. And by questioning everything, I mean a true oppositional defiance to authority that can bring you to your knees when trying to reason- with an eight-year-old.

Do they also have amazing characteristics? You bet they do! Whether it's an incomparable talent with music or drawing, or "Speedcubing" these kids can be incredible.

Ms. Ling, your coverage on the geniuses that the Supersmart Sperm Bank churned out deserved more attention to their childhood, and whether they feel they received the right support to foster who they have become today. Their parents should be interviewed if possible about the social and emotional needs of their children, which would give a lot of insight to parents like me, who climb mountains daily trying to learn about my own highly gifted child and her needs.

Now that the "Supersmart" children from Robert K. Graham's ideological experiment have their own kids, they probably need better support to ensure their mental health is well-nurtured, too.

The "ordinary lives" your subjects now lead is just one indication of perceived wasted potential, and I bet if you asked them more questions about their state of happiness, you would have been surprised to know that these people were unique in more ways than just having been optimized by genetic modification. 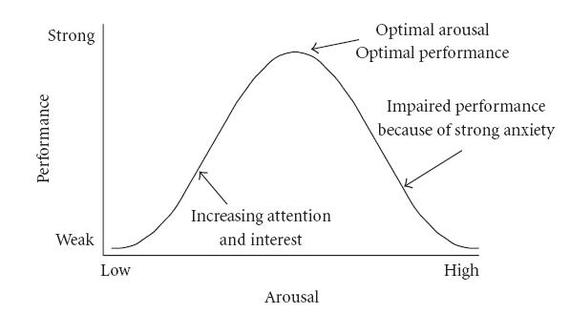