I heard the rumors. I cringed at the transphobic comments. I winced at the gossip rags. Most of all, I worried. If, indeed, one of America's athletic icons came out as transgender, how would it be handled? I wondered if the world would be ready for what this news might bring. Would this add to the current transphobia? Would this increase the already astronomical suicide rate among the transgender community? Would it make the world a scarier place for my son who is transgender? The fears I thought I had long locked away five years ago after my son came out to me as transgender began to slowly resurface. I tried to be optimistic, since I also knew this could be an awakening that was so needed for this community, which I have grown to love and admire so.

By far, my biggest reservation was the medium in which this icon currently lived in: reality TV. Please make no mistake; I love reality TV. I have kept up with the Kardashians for many years. I have always taken it for what it is, and there is nothing real about it. 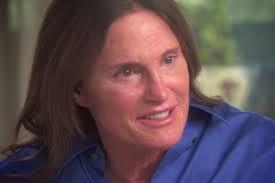 I have thought of a hundred different ways to write this to you. My fear is that I will not express strongly enough how very grateful I am for you. I promise to try, and humbly hope you will not only hear my words, but feel them too. I worried about how your very important announcement would be handled. I worried not only for you, but for the transgender community. You see, this holds a special place in my heart. My 16 year-old-son was assigned female at birth. He came out to me almost five years ago at age 12.

I worried at first how the person I thought was my "daughter" could become my son. To my surprise, he not only became my son, but my hero. This life-changing journey has taught me the true meaning of unconditional love. I have become not only his biggest supporter, but his advocate -- or as he calls me, his Pit Bull Mom. I have tried to the best of my ability, in a very small way, to make the world a better place for my son. I tried -- oh how I have tried -- but I do not have the platform you have. I knew that if done well, you speaking out could help not only affect my son's future, but could help better all of the transgender community. 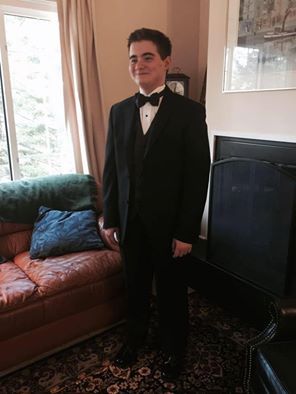 I awaited your special along with the whole world. I anticipated the sweeping benefit your words could have, but I never imagined your words could be miraculous. You have already shown so much courage to this world, you didn't need to prove it anymore, but you did anyway. Atticus Finch, who remains one of my literary heroes, said in To Kill a Mockingbird:

I wanted you to see what real courage is, instead of getting the idea that courage is a man with a gun in his hand. It's when you know you're licked before you begin but you begin anyway and you see it through no matter what. You rarely win, but sometimes you do.

Your shear courage, Bruce, never shined more than when you opened up your heart to the world with your truth. You, my dear, not only have the soul of a female, you have the soul of a heroine. You had to have had heard the cruel jokes being made about you. You must have feared how your announcement would be handled. You must have been scared to death. You must have thought that you could have been licked before you began, but you forged ahead anyway. That is real courage, and that bravery has helped the transgender community already, even if you do nothing else -- you have become a heroine for the transgender community. I know that 1976 gold medal must mean a lot to you, but I hope in some small way, this medal of courage I offer to you with an open heart will bring you joy and some much needed peace you deserve. 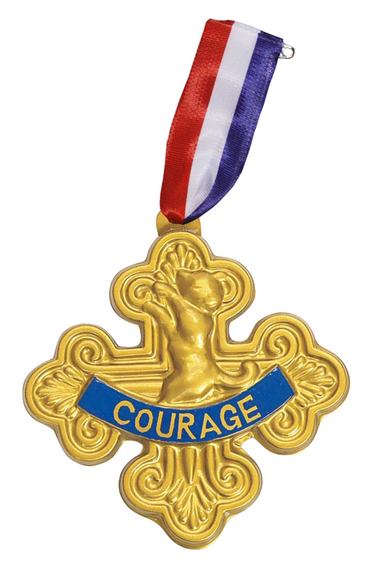 I believe one can only know true happiness when they are true to themselves and others. We all must learn from the tragedies in the transgender community that it is finally time to heal. It's finally time that we accept each other as we are, not as what we expect each other to be. You, Bruce, with your eloquent words, have made that possible. e.e. Cummings said: "To be nobody but yourself in a world which is doing its best, night and day, to make you everybody else means to fight the hardest battle which any human being can fight; and never stop fighting."

Bruce, you have battled this life long battle all on your own. You must be exhausted. It's time we became your army and fought with you. I will gladly stand beside you and never stop fighting. The transgender community deserves a victory, and you in all of your beauty have made that possible.

In closing, Bruce, please hold your head up high and never give up. You no longer need to hide. You no longer need to isolate. You have nothing left to fear. You have conquered more battles already than most could ever imagine in their wildest dreams. You have shown your beautiful soul in the most vulnerable way possible. Your beauty shines through and through. I hope that in some small way, this has expressed my gratitude and that I have touched your heart as you have touched many thousands of hearts.

I look forward to seeing your beautiful journey continue on. I smile at the thought of you blossoming before our eyes. Reality TV will now not only be fun entertainment, but educational, and dare I say down-right groundbreaking. Who knew? I think all along, maybe, just maybe, you knew, Bruce.

(Feisty single mom to a terrific 16-year-old boy who just happens to be transgender.)
Email me at: transparentmary@gmail.com