Because we live in a patriarchal world, the way our culture tolerates men's violence against others remains one of the major problems in our society: rapists who get short sentences, FBI suspects who are allowed to purchase weapons, we do not legislate against assault rifles enough, we teach that masculinity is about being a "man" and not expressing emotions, we tolerate the fact that animals live miserable lives so people can have their BBQ, ice cream and omelets; we vote for a woman who has sacrificed her feminine power by excelling in the imperialist white supremacist capitalistic patriarchal narrative.

Forty years from now Swedish Stanford graduate students Peter Jonsson and Carl Fredrik Arndt will not have to defend, explain, or justify a choice that took them seconds to execute just before 1 a.m. on Jan. 18, 2015 while riding their bicycles near the Kappa Alpha fraternity house. 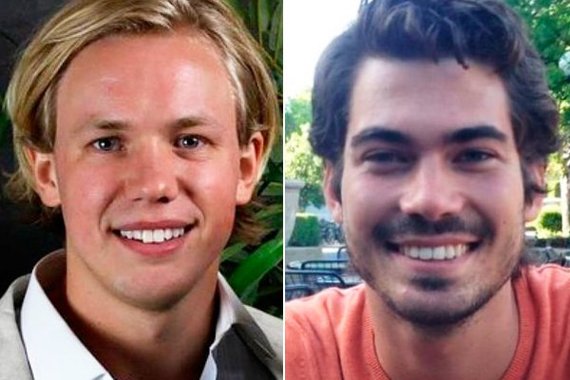 Jonsson told the cops that movement by a dumpster caught his eye, and he saw a guy on top of a female who was lying on her back, according to a police report.

At first, Jonsson and Arndt assumed the interaction was consensual. But Jonsson said he noticed that the female wasn't moving as he peddled by. "Something seemed weird," he told police, because the woman appeared to be unconscious.

Jonsson and Arndt approached the dumpster and yelled "Hey" to the guy who was later revealed to be Turner. He took off running, according to the police report. Jonsson realized the woman was passed out and chased after Turner, eventually catching and tripping him, the police report said.

Officers responded to a call about an unconscious female near the Kappa Alpha fraternity about 10 minutes later, according to the report, and found Jonsson and Arndt holding Turner on the ground. Witnesses told police that Turner had possibly sexually assaulted the woman who was lying next to the dumpster.

As you know Ms. Clinton our judicial system tends to brutalize rape victims when they are most vulnerable. Few rape victims are rescued by a kind word or deed. A rape victim, it seems, is presumed guilty of somehow instigating this crime unless it is proven beyond all doubt that the victim has lived a spotlessly pure life. A rape victim is provoked and pressured into owning unwarranted shame, then belittled for being a victim. A rape victim often feels marginalized by society. A rape victim is put through humiliating physical and psychological exams and shown little compassion just moments after experiencing an unspeakable ordeal. A rape victim is expected to suffer silently for the most intimate of violations now displayed on public record. A rape victim is often treated with heartless contempt by defense attorneys.

Does it matter Ms. Clinton that a rape victim's early family life is anything less than outstanding?

Does it matter Ms. Clinton that a rape victim lives "on the other side of the tracks?"

Does it matter Ms. Clinton that a rape victim has fantasies, dresses in a provocative manner, drinks alcohol, dances wildly at parties, laughs too much, sings badly, is not an academic, or is down right simple minded when it comes to intelligence?

Ms. Clinton, what happens to a marginalized, victimized, humiliated, young rape victim after 40+ years of living a wearisome, tough, and pathetic life? What happens to a young rape victim, now an elderly woman, when those of us lucky enough to have been well educated, and extraordinarily privileged, choose to take little responsibility, show little if any empathy, have little if any remorse for those less fortunate who played a role in our entitled lives?

She described being afraid of men for years and dealing with anger issues well into her adulthood. At one point, she turned to drugs, a path that ultimately led her to prison. Now 52, she has never married or had children. She said she has been sober for several years and has achieved a level of stability, although she remains unemployed and living on disability assistance.

"I'm living life in Arkansas, I go to Church sometimes, and I'm doing good... Being on disability I don't get much income but I'm happy where I'm at. I'm doing really well," she said.

As I understand you started a "Rape Hotline" in Akansas soon after you represented the forty one year old rape defendant in a 'terrible' criminal case involving this young 12 year old girl. Some would say that was "very white" of you Ms. Clinton. Obviously it was against any type of decorum to take personal responsibility for this young person who came into your life uninvited, damaged, and broken. She was simply an opportunity for you to prove yourself as a criminal defense attorney. God forbid that after all these years you should take a personal interest in her pathetic life, or show any personal involvement by somehow helping her. Is a simple apology too much? Is it too late to apologize for mounting a ruthless defense against a young girl who never would have amounted to much regardless?

In 1975, Thomas Alfred Taylor (41 years old) was charged with raping a 12-year-old girl in his pickup truck off a highway in Arkansas' Washington County...

The victim positively identified her two attackers through one-way glass and they were arrested....

While the girl willingly went for a ride with Taylor, she said she did not consent to sex and was later admitted to a hospital with injuries consistent with rape...

...she spent five days afterwards in a coma, months recovering from the beating that accompanied the rape, and over 10 years in therapy. The doctors told her she would probably never be able to have children.

Clinton mounted a vigorous defense that included discrediting the child victim's story by writing in an affidavit that the girl was "emotionally unstable with a tendency to seek out older men" and had made "false accusations" in the past...

It is our human compassion that binds us to one another, compassion binds us to all sentient beings. Ms. Clinton it is not too late for you to be compassionate to this rape victim. You will never regret showing kindness to someone whose life was altered by your ferocious determination.