Last year on Palm Sunday I wrote an open letter to you in the New York Times to implore you to bring an end to the Church teaching that homosexuality is a sin. I invited you to visit the Ali Forney Center, the world's largest organization dedicated to homeless LGBT youths. I hoped that if you met the young people in our care, many of whom were rejected by religious parents who believe that homosexuality is evil, that you might recognize the catastrophic harm caused by such a belief. While you have not responded, I continue to hope you will take up my invitation, and more importantly, end this harmful teaching. 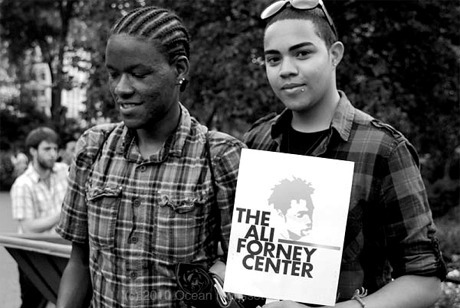 My hope has been strengthened by learning that you will come to New York City this September as a prelude to your participation in the World Conference of Families. What a remarkable opportunity for your to call on families to love and cherish their LGBT children. I hope that such a call might be inspired by your listening with compassion to our youths tell of being driven from their homes by parents who believe that being LGBT made them sinful and evil; that witnessing their suffering would awaken you to the terrible harm caused by religious condemnation of homosexuality.

Youths usually become homeless because they are not safe in their homes, often when their parents suffer from mental illness, or substance abuse. Poverty is usually a factor. But the reason our LGBT youths cite most often for their homelessness is the religious beliefs of their parents. Religious opposition towards LGBT people contributes significantly to why an LGBT youth is almost eight times more likely to become homeless than a heterosexual youth.

I hope that you might listen with compassion to our youths tell of the abuse they suffered in their homes. Some youths tell of being beaten or strangled by parents. Others suffered psychological torment; some tell of being forced to recite condemnatory biblical passages late into the night, others tell of their parents saying that God was disgusted by them, that they were an abomination.

I hope that you might hear how they suffer after being driven from their homes; hear of the terror of being a homeless youth. How they are so often cold and hungry. How they are frequently sexually exploited. How they are often mocked and harassed and brutalized for being LGBT, even in shelters. How they often struggle with despair. How some are brought to the brink of suicide. And how too many LGBT youth do in fact take their lives.

I hope that if you listened to our youths with compassion, you might share my horror at how the message of God's merciful love in the Gospels has been deformed by religious hostility towards LGBT people, a hostility which destroys the bonds between so many parents and their LGBT children.

Many people, even religious people, have difficulty believing in a God of love. In primitive times some attempted to appease what they believed to be a hostile, vengeful god by sacrificing their children, giving them over to be slaughtered on altars. The Bible is full of condemnation for this vile practice; the prophets cried out that the true God wants compassion and mercy, not child sacrifice. Yet even today, too many parents sacrifice their children in the name of their religious beliefs; sacrificing them, not on altars, but rather to suffer homelessness and destitution in the streets.

The teaching that homosexuality is evil and sinful has a toxic impact, making many parents unable to love their LGBT children. As hard as it is to see our youths suffer homelessness, it is even harder to see their young hearts broken by being denied their parents' love. How could a loving God want a teaching that provokes such cruelty? How could a teaching inspired by God's merciful love provoke scores of children to be abused and abandoned?

You are the world's most influential religious leader. You could protect many youths from harm by teaching that there is nothing wrong with being LGBT, that there is nothing wrong with LGBT children. Doing so would lessen the epidemic of LGBT youth suffering homelessness, who number over 200,000 in the United States alone. We are overwhelmed trying to find resources to care for the enormous numbers who come to the Ali Forney Center needing shelter and support. Many LGBT youths languish on the streets, far more than ours and the other youth shelters can accommodate. Last winter was very cold in New York City, it was painful to see so many LGBT teens suffering in the cold.

In so many ways your papacy has been a witness to the message of love at the heart of the Gospels. You have proclaimed that love is the measure of our faith. You have cried out that we must especially show love to the poor, the abused, those who are outcast. I hope that you will visit the Ali Forney Center and open your heart to our youths; for none are poorer, more abused, more cast aside, more deprived of love than our homeless LGBT youths. I pray that their witness might inspire you to reform our Church's treatment of LGBT people, helping to bring about a world where parents look at their LGBT children, not with shame or condemnation, but with love. That they will embrace them. I pray that in so doing you can bring our Church even closer to the embrace of God, who is the supreme good, who is all-loving, who is all-merciful, who would never want us to harm a child.