In the middle of this month, your General Assembly in Detroit will be considering a number of overtures (or resolutions) related to the conflict in the Holy Land, the most controversial of which is one calling for a divestment of church funds from companies that profit from the Israeli occupation of Palestinian land. The rationale for the overture is given as follows:

The Presbyterian Church (U.S.A.) has repeatedly affirmed that the occupation of East Jerusalem and the West Bank, the expansion of settlements in those areas, and the continuing blockade of Gaza by Israel are morally and theologically wrong and a hindrance to a just peace. Past General Assemblies have pointed to the denial of citizenship rights and self-determination and, listening to the voices of Palestinians themselves, have affirmed the role of nonviolent economic pressure, given the failure of moral suasion to slow the steady expansion of control of Palestinian land and resources.

In 2009, prominent leaders from denominations representing the majority of Palestinian Christians issued the historic Kairos Palestine document, fashioned after the South African churches' call for international solidarity with the freedom movement in their country. The document states the following:

Palestinian civil organizations... call on individuals, companies and states to engage in divestment and in an economic and commercial boycott of everything produced by the occupation. We understand this to integrate the logic of peaceful resistance. These advocacy campaigns must be carried out with courage, openly sincerely proclaiming that their object is not revenge but rather to put an end to the existing evil, liberating both the perpetrators and the victims of injustice. The aim is to free both peoples from extremist positions of the different Israeli governments, bringing both to justice and reconciliation. 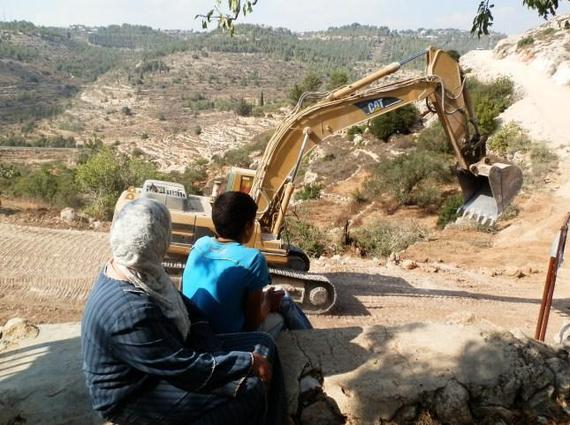 Faith leaders have played a leadership role in struggles for freedom and justice all over the world, often challenging the reluctance of church hierarchies who advised against controversial positions. Scores of human rights leaders have seen for themselves the terrible conditions of people living under the Israeli occupation. Many of them have endorsed economic measures as the most effective means of supporting those Palestinians who call for nonviolent resistance. Bishop Desmond Tutu, a hero of the anti-apartheid struggle in South Africa, wrote:

I have been to the Occupied Palestinian Territory, and I have witnessed the racially segregated roads and housing that reminded me so much of the conditions we experienced in South Africa under the racist system of Apartheid. I have witnessed the humiliation of Palestinian men, women, and children made to wait hours at Israeli military checkpoints routinely when trying to make the most basic of trips to visit relatives or attend school or college, and this humiliation is familiar to me and the many black South Africans who were corralled and regularly insulted by the security forces of the Apartheid government.

The Presbyterian opponents of the divestment overture argue that it sends a "negative message" and that it is better to focus on positive investments that improve the living conditions of the Palestinians. However, Palestinian business leaders insist that Israel's control of their country's resources and the crushing constraints it places on the normal conduct of daily life are the root causes of their people's economic woes, not the shortage of investments. This view is validated by international development agencies, such as the World Bank.

We ask the Presbyterians to heed the words of Dietrich Bonhoeffer, the great German theologian who paid with his life for his opposition to the Nazis:

We are not to simply bandage the wounds of victims beneath the wheels of injustice, we are to drive a spoke into the wheel itself.

Boycotting and divesting from companies that profit from the Israeli occupation are not actions aimed against Jews in Israel. Rather, they are means of sending a clear message to the Israeli government that its treatment of the Palestinians is abhorrent. The last five decades have proved beyond any doubt that, in the absence of meaningful international pressure, Israel's leaders will continue to expand the illegal settlements on land taken from the Palestinians. For the Palestinians, submission to this injustice is not an option. However, they need to see that nonviolent resistance has a chance of real success, and boycotts and divestment strengthen the chances of success. The Kairos Palestine document's assertions that nonviolent resistance to the occupation liberates the occupier as well as the occupied are not empty words; for the alternative is a continuation of the cycle of violence and counter-violence. As Mahatma Gandhi said:

When there is only a choice between cowardice and violence, I would advise violence...But I believe nonviolence is infinitely superior to violence.