Since writing BANK 2.0 I've been meeting constantly with banks who either have such huge organizational barriers to rapid innovation or conceptually still don't appreciate the need for rapid change around customer. In fact, this is a global problem. Banks know how to run banks, but as they are pushed more to be something more akin to software houses, design houses, and integrators, their organizations are just not built for new priorities.

Think of it this way, when Amazon first launched on the scene, other booksellers like Barnes and Noble were extremely resistant to the concept of online book sales because they were so heavily invested in a physical distribution model. So much so that B&N attempted to acquire the biggest wholesaler of books that Amazon used to put a halt to their success. The FTC and pressure from other independent booksellers scuttled that deal, and thus B&N were somewhat forced to attempt to mimic Amazon's approach online to prevent further loss of market share. Having said that, today only 13% of B&N's revenue comes from the online arena.

In many ways the physical distribution model is even more embedded within most banks, dominating not only the organization structure, but even the way the manufacturer and positioning of product is carried out. With time to market for new products measured in months or years, and with a dominance of metrics still based around channel silos and their revenue performance, it's going to be even tougher for most banks to adapt to a psyche of continuous customer experience innovation around the internet, mobile phones, new media, branch automation, and P2P payments. Thus, despite the shroud of regulatory protection that is afforded by a banking license, we see third-parties whose innovation threatens to disintermediate banks quicker than ever.

Take PayPal's success. PayPal's commercial launch in late 1999/early 2000 went largely unnoticed by banks. Bank's believed that customers were unlikely to put in their credit card details for a non-bank online company due to the risk of fraud and abuse, but today PayPal accounts for between 27 per cent and 50 per cent of online payments. No bank would attempt to argue today that PayPal is not a competitor in the payments space, but card issuers and banks failed to garner the sort of momentum in innovating the payments

The need for innovation is rapidly speeding up, and to be fair some banks are scrambling to respond to interest in mobile banking and social networking, but most are finding the reality of innovation difficult to master. The key stumbling blocks to innovation in the customer experience remain the long-held metrics for business unit performance being based around channel silos and revenue gains within those silos, along with organizational structures that still favor 'retail distribution' over 'alternative channels'. Are banks doomed to fail?

For banks, the key must be to utilize their unique platform for transactional capability, and to extend their products to be as pervasive as possible. However, banks just don't have the bandwidth to be everywhere they need to be as quickly as they need to be. Is there a way banks can extend their reach, but not be solely reliant on their own organization.

Let's talk about Apple. Apple iPhone launched in 2007, but already it has over 180,000 applications available, they've sold over 36 million units in the last 2 years and have more than 1 billion downloads annually from their iTunes platform. Yet Apple develops just a very small fraction of the Apps available for the iPhone - the developer community does by far the majority of app development. 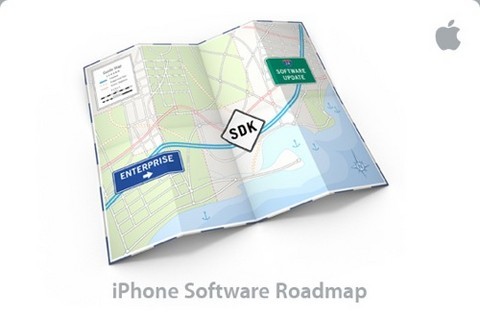 Apple chose an open SDK approach to create rapid interface innovation for the iPhone, why can't banks do the same?

In respect to channel innovation, why can't banks take the same approach? If banks created APIs (Application Program Interfaces) to hook into their transaction and product sales platforms, as long as their APIs looked after the security and compliance requirements, then third-parties could actually create the new interfaces, applications, bundled product and cross-sell opportunities that banks need to create for their customers.

As so much of the interaction between customers and the bank these days is done through electronic interfaces, let's open up the development of these interfaces to innovative developers and the community. Let's build collaborative social networking sites that allow customers to define product parameters and benefits, but where the bank executes the actual product application through their back-office. Let retailers of big ticket items integrate personal loans directly into their sale experience, airlines integrate travel insurance into their booking engine, and real estate companies integrate mortgage product into their property search engines.

Developing point-of-impact opportunities where bank product or services are integrated into customer experience is going to take more than an innovative bank. It's going to take an open capability, a library of APIs, automated credit risk assessment and straight through processing. Once in place, however, these tools will enable almost unlimited innovation of the customer experience without the constraints of a bank organization chart, channel silos or outdated financial metrics.