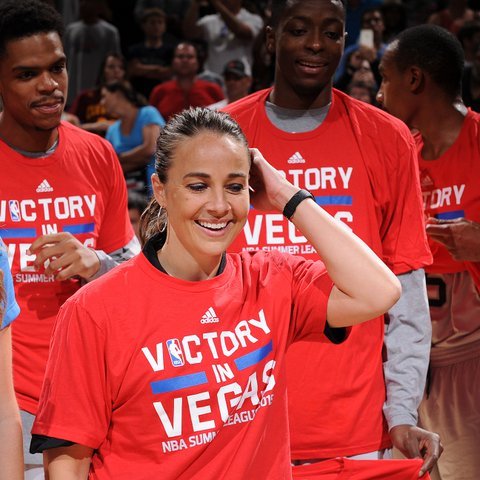 Last season, she was the first woman to be named a full-time assistant coach to sit on a bench in the NBA. Now she has become the first woman to ever coach the NBA Summer League, leading her team to win the Summer League Championship. The San Antonio Spurs outlasted the Phoenix Suns 93-90. While it's an impressive win for Becky Hammon, it's a historical mark for women.

The Spurs maintained a 6-1 record in Summer League at the helm of Hammon who proved her brilliant mind is good enough to become a head coach sometime in the future. Having played 15 years with the WNBA as a point guard, Hammon got her big break last year with the Spurs. Head Coach Greg Popovich gave the former player a chance without hesitation. This act alone leaves an open door for many other women in sports.

Throughout the season, Popovich repeatedly said, "She's a firecracker. She's got a great personality, know's her stuff and is competitive. Becky wants to learn and is not afraid to ask questions while jumping right in. I didn't think twice when I hired her."

It's a huge stepping stone for Hammon whose basketball IQ is higher than most veterans in the NBA. She looks to continue to get better. But in the meantime she's soaking it all in before the NBA season kicks off in October. 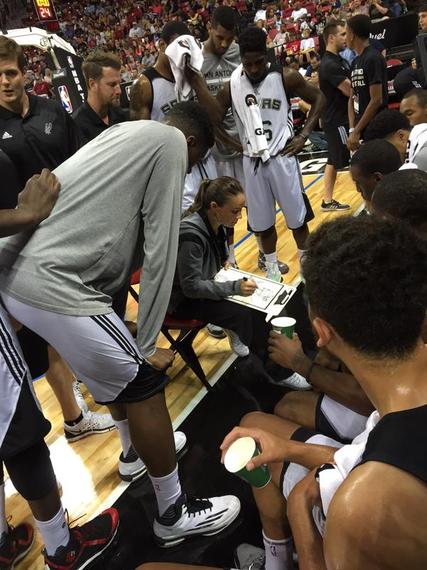 Hammon showed poise and grace while standing on the sidelines coaching her players to victory over a two-week period. The one thing she accomplished early was her players buying into her system. That's not something that's always an easy task for a new coach, but Hammon nailed it.

"They listened and played hard for me," Hammon said. "It was a grind, they've been together for 17 days. They really started to jell the last two or three games. I just really appreciate their attentiveness and alertness. They were tired but they fought through."

"I'm just thankful that Popovich trusted me with the guys in that locker room and those guys trusted me," she said.

"We don't look at it as female or anything," Spurs forward Jarrell Eddie said. "She's the coach and we just listen."