The recent labor dispute at the famed opera house is the latest in a string of events that reveals opera's precarious place in contemporary culture, teetering on the edge of obsolescence. Even Peter Gelb, the general manager of the Met, said "Grand opera is in itself a kind of a dinosaur of an art form."

Yet opera, which translates to "work" in Italian, doesn't only refer to women in viking helmets singing high notes in a foreign language. The medium officially extends to any dramatic art form in which all parts are sung to instrumental accompaniment, and it's evolved far past the "La Bohème" you dozed off to on your middle school field trip. (No offense, Puccini.) Although The Met may not be tapping into today's boldest operatic experiments, that's not to say they're not out there.

The artists below are some of our favorite opera innovators, toying with non-linear narratives, unusual instruments and new media, to name a few. Some take inspiration from subject matter we'd never expect to see on an opera stage, from gentrification to bad shroom trips to Milli Vanilli. There are singers, directors, composers and those who roam the spaces in between. Before you claim opera is dead, take a look at some of the most avant-garde players in the game today.

"The essence of what I do straddles so many different things," she said in an interview with MusicWorks. "It sounds pretentious to have such a long title, but I want to develop ideas that can't be expressed by just singing."

"Even though I work consistently with a lot of modern, digital gear, and I get a lot of inspiration from the strange things that happen when I get new "toys", I'm really mainly interested in the magic," she continued, "the thing that happens when the strange, lyrical, poetic, or frightening ideas from some artist's head come out and make themselves manifest regardless of whether the work is electronic, acoustic, or electro-acoustic."

Keckler is a vocalist and visual artist who operates somewhere in the space between traditional opera and YouTube videography. His 2013 piece, "I am an Opera," chronicled a mushroom trip gone bad, with intense hallucinations that could only be expressed through art.

"I don't consider myself a proper composer," he explained in an interview with The Huffington Post, "but I wrote this aria about a frightening 'shroom trip I had a few years ago when I was possessed by demons and thought about cutting out my voice box. That is one of the center pieces for this larger piece. It sort of expands this idea of a trance, or a trip. A lot of my work is like a memory theater, in that there is an autobiographical element, an exploration of memory. The 'shroom trip was like an explosion of memory, it is very fractal in form. From there it goes into other formats -- this voice teacher character appears and she is trapped in a silent film. We are trying to have a dialogue but we are existing in different art forms."

Dove is an interdisciplinary artist whose work she classifies as "embodied hybrids" of installation art, film and experimental theater. Her 2013 performance "Lucid Possession," which she categorized as a "geek opera," explores the ways technology's ever-flowing feeds begin to operate like ghostly presences.

"The performer is haunting the movie," Dove explained in an interview with HuffPost. "I am interested in models of subjectivity. How many people are in there? Are we one voice? Are we a chorus? Is there a ghost inside you?"

Little is a composer and the newly appointed composer-in-residence at Opera Philadelphia. He has created innovative, 21st century operas including the multimedia "Soldier Songs" and "Dog Days." His opera "JFK," chronicling the assassination of the beloved president, will debut this fall.

"I stumbled backwards into opera, really, and have learned almost entirely by doing," Mr. Little explained in a statement. "By following my instincts. These projects excited me to explore the vast potentials of opera in the 21st century, into questions of form, language, narrative, and so on. I am looking forward to working with and within these three terrific companies to explore all that opera can be."

Moran, sometimes considered the protégé of Philip Glass, is a composer and choreographer. In 1990, he created "The Manson Family" opera, produced by Glass and starring Iggy Pop. The piece was quickly recalled for its obscenity and received one of the original Parental Advisory stickers. No too surprisingly, it quickly became a cult classic.

His 1993 opera "Everyday, Newt Burman," featured a piece titled "The Little Retarded Boy," which, as the New York Times described, "depicted a disabled youth miming gestures with his television and dreaming of a beautiful world outside." In the review Alex Ross compared aspects of the piece to "The Shining," "Beetlejuice," and "The Twilight Zone."

Snapper is a contemporary soprano who combines radical vocal techniques, improvisation and collaboration to push the operatic medium to its extreme limits. In 2009 she starred in "You who will emerge from the flood," the first ever underwater opera.

"Snapper’s performance involved her total submersion in a black tank filled with water. Outside on a chilly day on the steps of PS1, she was visible through a large window in the tank that framed her like a picture, as she floated ethereally in a kind of anti-space, dressed in fishnets, furs, a blonde wig and bright red lipstick. Snapper sang underwater for almost an hour, gurgling and shrieking in dissheveled but glamorous distress, into a microphone suspended in the water. She managed to fuse intense discpline, self-inflicted trauma and the desire to communicate through the even the most compromised means, evoking a palpable power and rawness."

Oleson is the interdisciplinary artist behind the New Museum exhibition "Hear, Here," which explored what it really means to listen in the contemporary world. Part of this exhibition included the experimental opera "The Rocky Horror Opera Show."

"I started to interview opera buffs," Oleson explained of her exhibition to ArtForum, "because I love people who hold such a vast and fascinating knowledge on this subject and I’m interested in how it is driven by a personal set of concerns. You can’t buy the knowledge of opera or of dance; you actually have to invest in it. That’s something that’s fascinating to me: There’s the accumulating information but then there’s also a bodily love that’s not about the information -- it’s more of a passion. What drives people to love ideas?"

Two-Headed Calf is a performance group comprised of composer Brendan Connelly, director Brooke O’Harra and a rotating team of collaborators. Their recent two-part chamber opera "You, My Mother," explored the continually shifting relationships between mothers and their adult children.

"Despite the lack of traditional trappings," wrote a New York Post review, "this new work by downtown troupe Two-Headed Calf does exactly what opera is supposed to do, brilliantly melding music and text to deliver an emotional wallop."

"I’m very happy with my platform because I get to do what I want to do," he explained to La Mama. "In order to speak to larger audiences you have to sort of sanitize, homogenize and deodorize what you’re saying, or dumb it down in some way. So I’m very excited that I don’t have to do that."

Levine is the experimental theater director, along with Joe Diebes and Christian Hawkey, behind "Wow," the opera based off '90s pop duo Milli Vanilli. The unusual opera, inspired by an episode of VH1's Behind the Music, is a reconfigured version of Richard Wagner’s “Die Meistersinger von Nürnberg,” which revolves itself around the quest for the perfect pop song.

"The musicians get fed their parts just in time and it’s never the same piece twice,” Levine told DNA Info. "They play it as they receive it which leaves it prone to all kinds of glitchy repetition."

Yoon is a Korean-American sound artist who "explores the connection of sound to the subliminal." Her instruments of choice range from the human voice and ancient Tibetan singing bowls to walkie talkies and kitchenware and her past theatrical productions include a musical adaptation of Haruki Murakami's "The Wind Up Bird Chronicle."

"Space and architecture certainly affects the way I present my performance," the artist told Inside Thirteen. "Music has the dynamic ability to create both inner and outer space for a listener -- and I believe that taking a venue space into account, in its presentation and delivery, only augments the dynamism of delivery, to be more experiential, than presentational beyond just the proscenium of a stage."

Sharon is a director devoted to exploring the interdisciplinary possibilities of opera. One of his most iconic works is "Invisible Cities," based off Italo Calvino's novel of the same name, which Wired dubbed an "opera of the future."

"Experimental opera doesn't mean no narrative," he told LA Weekly. "It just means a different kind of narrative, a different way of telling a story based on how we view stories today, how we listen to stories and how we perceive stories. And the form has to change based on that, on us as a contemporary audience."

Welch is a composer known for his works with solo instruments, chambers and non-western instruments. He's also the co-founder of Experiments in Opera and has been been dubbed "the Eddie Van Halen of the bagpipes."

His original opera, "Borges and the Other," features adapted stories by Argentine author Jorge Luis Borges performed by two tenors and a seven-piece band. In the opera Borges, in a dream state, encounters himself at a different age in life.

Harris is an artist and vocalist who creates works in the fields of experimental opera, film, sound art and guerrilla performances, including a spontaneous rendition of "Summertime" on the steps of Palais Garnier National Opera of Paris. Her film "Cry of the Third Eye -- A New Opera Film" explores gentrification in Houston's Third Ward.

"I believe in fun, freedom, and feeling good," Harris says in her artist statement. "I hope my work can inspire reconciliation of the past by generating a whole heap of new sense memories, that we may enjoy a balanced present day."

Of course, while the artists above caught our attention, we know there are many, many more innovative thinkers reinventing the landscape of opera than we could ever list. Who'd we miss? Let us know your favorite opera provocateurs in the comments. 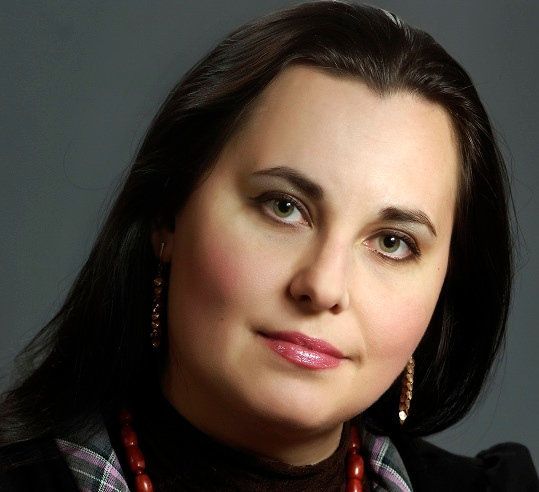 1 / 10
Liudmyla Monastyrska
Monastyrska is a soprano from Kiev, Ukraine. She will begin her debut season at the Met Opera as Aida in Verdi's "Aida". Before coming to the Met, Monastyrska was a principal soloist at the <a href="http://www.operatoday.com/content/2011/05/liudmyla_monast.php">Ukraine National Opera</a>.
Met Opera