The 18th-century Kuskovo park and the Dormition church at Veshniaki (built in 1644) are under threat of demolition... 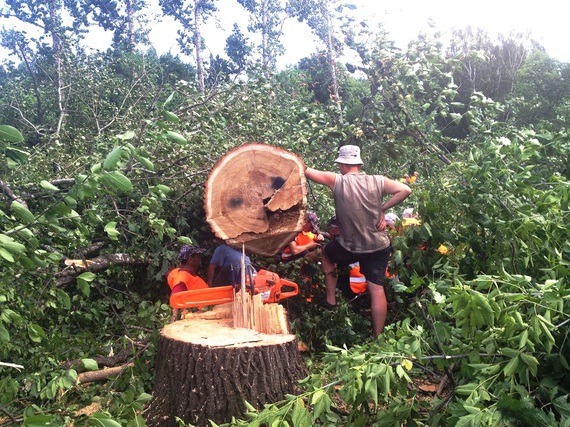 Kuskovo is the name of the estate of the Sheremetev family. It was built in neoclassical style in the 18th century. One of its famous proprietor was a Russian nobleman and courtier Pyotr Sheremetev. He was a lover of art and theater, and he spent a lot of money to restructure the Sheremetev Palace in St. Petersburg and the summer country house near Moscow. Initially Kuskovo was situated several miles to the east of Moscow. 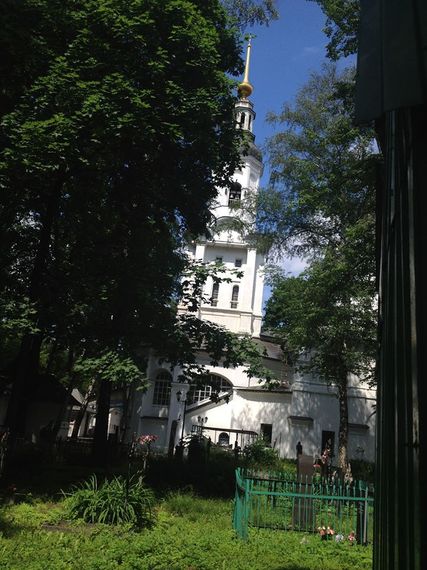 Now Kuskovo is part of the East District of Moscow where I live.

The Sheremetev Sommer Palace is a very beautiful museum complex, it situated in the park of Kuskovo which was created between 1750 and 1780 as a formal Garden à la française. This park now is a favourite place of recreation, many Muscovites like it. It is old and beautiful where there are thousands century-old oaks and limes. Now these centenary trees are cut down for the construction of a highway called the Northeast chord. A Russian website informs, that the section of the Northeast chord running from Izmaylovsky to Shchelkovskoye Highway in Moscow will be operational before the end of 2017. ... Journalists were informed of the news by Pyotr Aksenov, first deputy of the head of the department of construction of Moscow. According to him, construction on the project is proceeding at full speed, as 45% of the work on underground engineering communications has been performed to date. This section represents the most complex part of the operation for the builders. Work on the construction of two highways has reached nearly 50% completion. The tunnel is 30% complete. The Northeast chord will connect the Northern, Northeast and East districts of the capital. Its launch will significantly alleviate the transport situation in these districts.

So, the alleviation of "the transport situation in these districts" the Moscow authorities are going to spend at the cost of old parks and churches. The first tree felling was held on 22 June, the day, when Operation Barbarossa (the code name for Germany's invasion of the Soviet Union during World War II) began. It was 75 years ago. What is the name of today's operation? May be Death Bird, because many nestlings have lost their home nest.

The German writer Hermann Hesse wrote these beautiful lines --"For me, trees have always been the most penetrating preachers. I revere them when they live in tribes and families, in forests and groves. And even more I revere them when they stand alone. They are like lonely persons. Not like hermits who have stolen away out of some weakness, but like great, solitary men, like Beethoven and Nietzsche. In their highest boughs the world rustles, their roots rest in infinity; but they do not lose themselves there, they struggle with all the force of their lives for one thing only: to fulfil themselves according to their own laws, to build up their own form, to represent themselves. Nothing is holier, nothing is more exemplary than a beautiful, strong tree". The Minister of Culture Vladimir Medinsky considers this park and the museum complex located on its territory unimportant and insignificant, he allowed to cut down centenary trees. 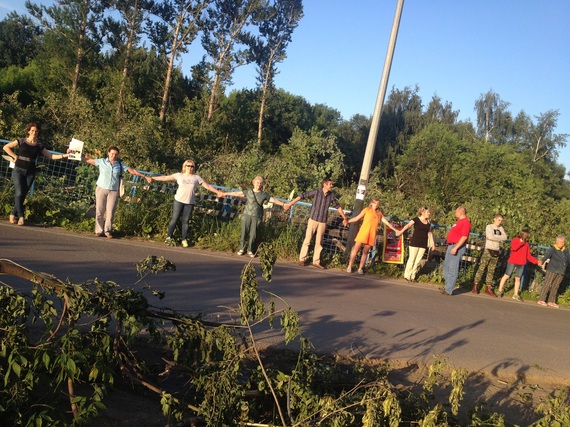 Now our civil activists and our district residents try to save the park Kuskovo and the Dormition Church in Veshniaki from demolition. The activists stay in the park day and night, they do not permit to cut down trees. ¡No pasarán! ( "They shall not pass") - this is a slogan used to express determination to defend a position against enemies, our enemies now are barbarians that destroy our city.