Broward streets should be a bit calmer for a while after "Operation March Mayhem," a major, two-day crackdown on street-level crime by Broward law enforcement.

In addition to the arrests, detectives seized 158 plants, 150 pounds of marijuana, over a thousand grams of cocaine, hundreds of Oxycodone pills, 7 firearms, and over $50,000, according to Broward Sheriff's Office spokesperson Dani Moschella.

On Friday, the Drug Task Force raided at Lauderhill apartment, where three people jumped off a third-story balcony in order to evade arrest, according to a BSO release.

Residents of the apartment had sold drugs to undercover detectives several times, police say, leading to the arrest of 5 men, including Leo Cole, 29, pictured below.

In total, 200 officers contributed to the crime crackdown.

“We joined forces with our law enforcement partners so the residents of Broward County can sleep soundly in their beds tonight knowing that street-level criminals are where they belong – in jail,” Sheriff Al Lamberti said. “I am proud of all of the participants for their hard work and dedication.”

Click below for a slideshow of images from "Operation March Mayhem." 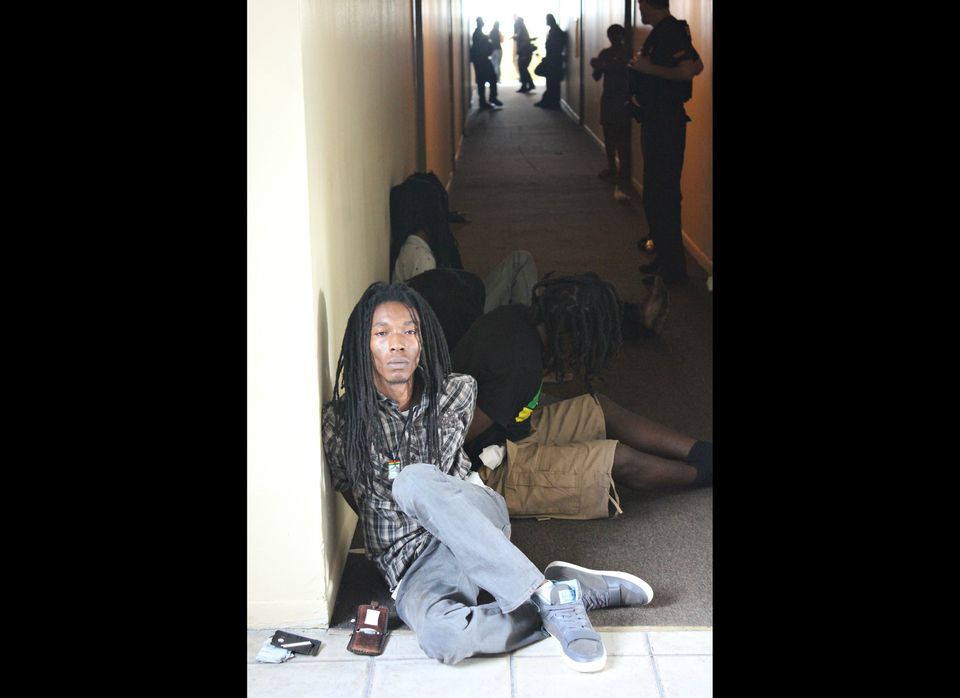 1 / 5
Leo Cole Arrest
Leo Cole, 29, was one of five men arrested at a Lauderhill apartment Friday after Metro Broward Drug Task Force detectives and the BSO SWAT team served a search warrant there. Residents of the apartment had sold drugs to undercover detectives several times, prompting the search.
BSO