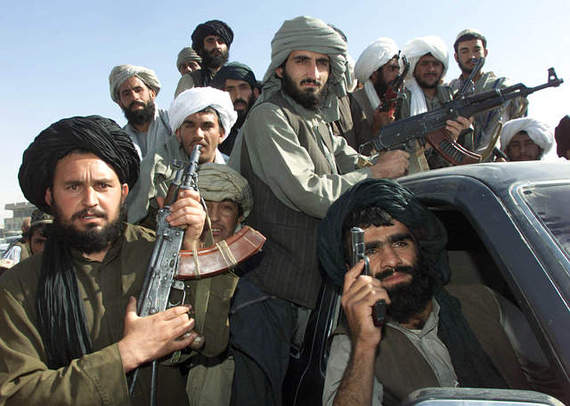 The Afghan Taliban just announced the launch of a spring offensive against the National Unity Government (NUG). This spring offensive, dubbed "Operation Omari," is named to honor the late Taliban leader Mullah Omar who died in 2013, but whose death was kept a secret until last year. The fighting pattern in Afghanistan, at least since the Taliban became resurgent circa 2006, has followed a predictable pattern: a fighting lull in the winter due to inclement weather and the resumption of Taliban attacks in the spring. However, 2016 saw a change in this predictable pattern as the Taliban continued relentless military pressure on the Afghan National Security Forces (ANSF). It is curious that almost a month into the spring season they announced a new spring offensive, but not so surprising as the Taliban will grab headlines any time they can.

Also interesting is the name of this year's operation: Omari. The new Taliban leader, Mullah Mansoor, has had an uphill battle trying to consolidate his grip on the terrorist group. He was opposed by a number of Taliban commanders including the brother, Mullah Abdul Manan and the son, Mullah Yaqoob of Mullah Omar. But of late he has been able to bring both men into the fold by appointing them to the Quetta Shura, the Taliban's leadership council. Among other initial dissenters, Mullah Zakir recently pledged allegiance to the new leader, and Mullah Dadullah was killed during a fight with Mansoor's supporters last year. So Mullah Mansoor uses Mullah Omar's name and his legacy to give himself legitimacy as the new undisputed Taliban strongman.

While the Taliban leader is consolidating power, the Taliban's nemesis the NUG is in disarray. This situation, along with several bold Taliban incursions throughout Afghanistan, shows the precarious state of affairs in Afghanistan. The US Secretary of State, John Kerry, made a surprise visit to Afghanistan this past week. As the architect and the implementer of the idea of the NUG, he urged the Afghan leadership to keep the status quo. This means retaining Ashraf Ghani as the president of Afghanistan and Abdullah Abdullah, the loser of 2014 elections, as the chief executive. John Kerry drew criticism from some Afghans for advocating the continuation of the NUG until the next presidential election. The critics called it interference in the internal affairs of a sovereign country. The question becomes: why are they protesting now when no one was critical as the NUG was put in place in 2014. 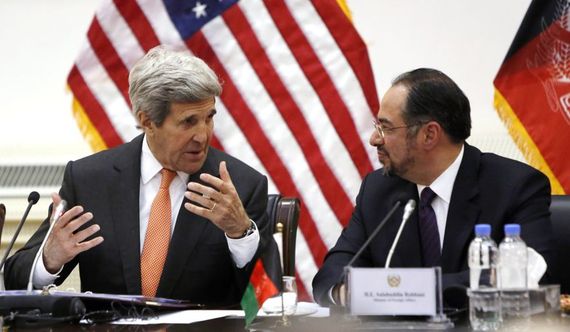 The answer to this question is that the NUG has been an utter failure to address the woes of Afghanistan. Eighty-one percent of Afghans have no confidence in their government. Young people are leaving the country in droves, undertaking perilous journeys with uncertain future in Europe. But they bet on uncertainty over the chances of Afghanistan becoming a viable nation state any time soon. Corruption and the culture of impunity perpetuated by those well connected to the NUG continue unabated. The Special Inspector General for Afghanistan (SIGAR) called the endemic corruption in Afghanistan as an existential threat. Not to mention the ever increasing brazenness of Taliban attacks. The Taliban even launched a few rockets on Kabul during John Kerry's visit. 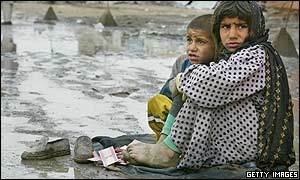 The Afghan leadership knows exactly what words to use to appease the donor countries. They tell the same story while engaging the US and officials from other countries. Afghan officials, at all levels, know what we like to hear so we can paint a rosy picture for public consumption back home. They, Afghan interlocutors, pretend to know more than anyone else about the virtues of democracy, human rights, women's rights, transparency, good governance, the rule of law, and so on. In reality and practice, these are nothing but empty words which they forget as soon as the meetings and press conferences are over. I witnessed this type of behavior time and again during my two stints in Afghanistan through the US Departments of State and Defense.

Buoyed, despite infighting, by the recent gains in Helmand and other provinces, Operation Omari is designed to rally the fractious Taliban movement. A more united Taliban is bad news for the Afghan government and the international community trying to keep the NUG in place. But, at the same time, it could prove useful in pushing the peace talks along. It would be easier for a more powerful Mullah Mansoor to make decisions. However, it is too early to tell whether he is favor of peace with a weak NUG. The other factor is how Pakistan will react and use the new dynamics relative to its Afghan policy. 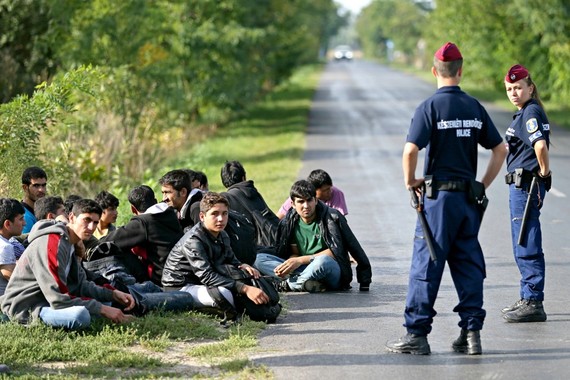 Ultimately, it is up to the Afghan government to bring about the necessary political and other reforms. The rank and file Afghan needs convincing that they must fight for a much better alternative than the Taliban. Based on the NUG's performance thus far, many Afghans are not sure about the future.