More than two million American children have seen a parent deployed - often more than once - to active military duty since September 11, 2001.

These deployments create many challenges for military families, and for children in particular. From emotional struggles to strained parent-child relationships, the realities of military life can take a toll on young people. Research suggests that one-third of military children face higher anxiety and emotional difficulties than non-military youth. Academic challenges are not uncommon; relationships among family members can come under strain; and many children struggle with sadness, loss, or fear of being alone.

Supporting our nation's heroes requires more than just helping those who serve. To truly impact a generation of warriors and help them thrive, the entire family - regardless of age or stage of life - must be part of the recovery and healing process.

To combat potential emotional, social, and academic issues, there's been a massive growth of military family support programs. In 2004, the National Military Family Association (NMFA) founded one such program, Operation Purple® Camp (OPC). Named for the mix of service line colors - Army green, Coast Guard blue, Marine Corps red, and Navy blue - OPC offers children of military families a free week of summer camp. Since its founding in 2004, more than 55,000 military kids have attended the week-long camps across the country. This year alone, more than 2,600 military kids will have the opportunity to go. 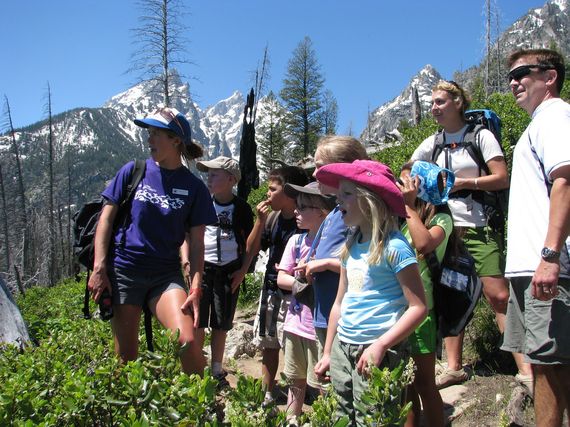 The week is filled with traditional camp activities - swimming, arts and crafts, hiking, and more. However, there is something that makes OPC unique from the typical summer camp: it provides military kids with a safe and nurturing space to share their feelings and learn to cope in healthy ways. The camp presents the all-important opportunity to interact and bond with other kids experiencing similar lifestyles and stresses. Activities and programs focus on four themes: comfort and skill in communicating about feelings, understanding and appreciating military life, sense of service/stewardship, and outdoor education.

Priority is given to children ages 7 to 17 who have had, or will have, a parent deployed within a 15-month period. Thanks to a partnership between NMFA and Wounded Warrior Project®, priority is also given to the children of service members who incurred physical or mental combat injuries. In 2015, 45% of children accepted to OPC were from the family of a warrior that was wounded, ill, or injured.

The impact is decidedly positive: According to a study by RAND, youth who attended camp were better able to communicate feelings of anxiety and stress around parental deployment. They also demonstrated a greater connection to the military and their peers. Meanwhile, parents saw an improvement in their children's independence, confidence, and ability to comfort themselves.

There is still work to be done to ensure military kids have the tools they need to thrive. They represent the future of any family, and their success and empowerment matters as much as the success and empowerment of their military parents. That's why any sign of improvement in how families cope with the deployment of a loved one is significant - and worth replicating.

For more information about eligibility and to apply for a camp, visit NMFA's Operation Purple website.