At last week's New York unveiling of the mounted body of Lonesome George, the legendary Galápagos tortoise, the VIPs in attendance dismissed it as a silly idea: "George is a rock star, why not send him on tour?" 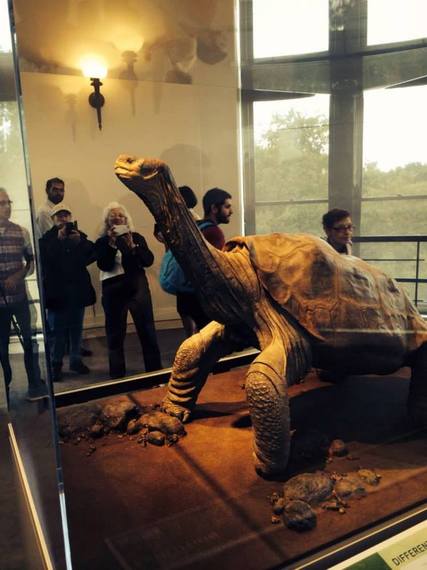 George's body is on exhibit at the American Museum of Natural History until January 4, 2015. After that, plans call for him to be sent to Quito, the capital of Ecuador, whose provinces include the Galápagos Islands. This angered people in Galápagos, who took to social media to express their anger that George wasn't coming home. The mayor of Santa Cruz, where George lived for the past 40 years, told the Ecuadorian newspaper El Universo that it was "an outrage."

In response, the Ministry of the Environment sent out a press release saying that returning George to Galápagos might be an option -- eventually -- but that Quito is still the first stop

"Preserving Lonesome George's body requires special conditions, like moisture, temperature, physical space and security,in addition to the annual retouching made ​​by the experts, the ministry said. "At present, there is no site like this in the Galapagos." 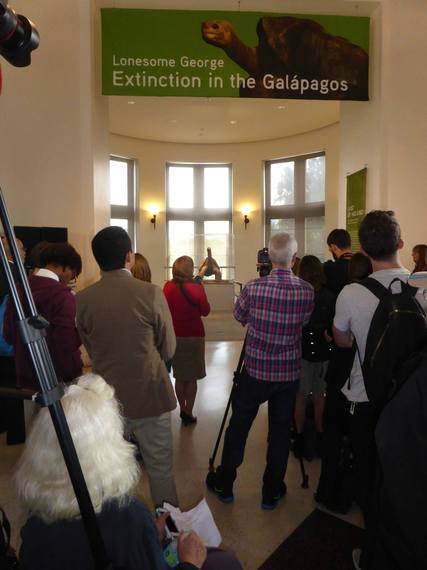 That would require money to build an enclosure with equipment to control the environment and back-up power to keep it running during the frequent electricity outages on Santa Cruz. One way to generate money would be to send George on tour and charge admission at major museums throughout the world. The people in Galápagos who are protesting so passionately could also contribute to the cause, and should.

As British author ("Lonesome George: The life and loves of the world's most famous tortoise) and columnist Henry Nicholls writes compellingly in TheGuardian.com:

"Like it or not, George became a posterboy for the Galapagos and for endangered species everywhere. He may not have been aware of his talents, but he was able to communicate the conservation message far more powerfully, with more dignity than most humans. I think we have an ethical obligation to allow him to continue his work on as grand a scale as possible. He should go where he can do the most good.

"This might be the Galapagos. It might be Quito. But maybe, first, it should be the world. #GeorgeWorldTour."

To which we can only add a hearty "Hear, hear!" 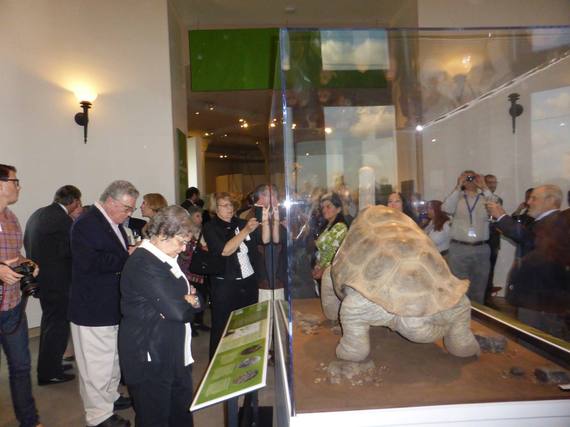 And he could earn enough money to purchase a proper abode back in Galápagos, where he ultimately belongs.