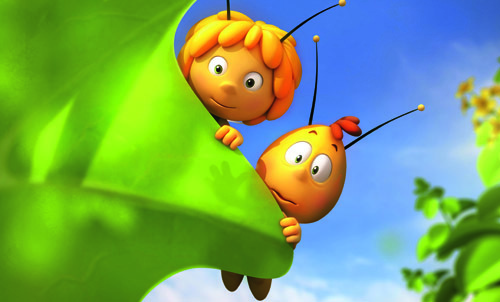 Confronted by what to do after wrapping his first film, a comedy "Nine Plus One," Toronto based, Adoniyas (he doesn't use his last name) caught a flight to Los Angeles to attend the five-day, American Film Market (AFM) in Santa Monica. His goal was to meet people from the 1,624 buying companies who might be interested in the film and to attend the AFM Conference Series.

He wasn't alone. The market drew 7,867 attendees, an increase of 2% from 2012, to the beachfront Loews hotel where the guest rooms were transformed into meeting suites for the 357 exhibitors from 33 countries who were here to buy and sell films for the international market.

The conference attracted the complete film business ecosystem of attorneys, bankers, film festival programmers, film commissioners, filmmakers, financiers, post-production facilities, producers, studio facilities, writers, directors and actors. As well as caterers and bartenders.
The AFM crowd spilled out of the Loews as companies tried to attract buyers to the 402 films including 327 Market Premieres, 76 World Premieres that were shown at private screenings in Santa Monica theaters.

The films were a varied lot that ran the gamut from the "Kamasutra 3D" to "Dark Places" a crime drama with Charlize Theron, the 3-D animated "Maya The Bee - Movie" and a biopic about Who drummer, Keith Moon. This is not some precious film festival. It's all about the vast array of films that sell to theaters, television, end up on DVD and on an increasingly diverse number of digital platforms all over the world.

In addition to meetings and screenings the AFM organizers assembled a companion Conference Series that attracted about 700 people every day, eager to learn the nitty gritty from experts, about subjects near and dear to the heart of every attendee; financing, production, marketing, distribution and pitching.

The good news from the mostly upbeat panelists was that money is loosening up and the trauma of the global economic collapse seems to be over.

"It's getting better," said Andrew Matthews, Chief Financial Officer at Relativity Media. "There is expansion of the available funding for the studios and the independents."

The banks are coming back into the picture and this includes regional banks, according to Anthony Beaudoin, SVP, Entertainment Finance, Union Bank. "Whether an Indie or for multiple studio films, there's a bank out there."

To cook up a delicious dish to attract these hungry bankers you need a "financing plan," said Anne Marie Gillen, CEO, Gillen Group, LLC. She works with international sales agents to pre-sell foreign markets after she's put together a "strong package" that usually means a strong script, cast and director, with a realistic budget. Once you have the pre-sale commitments or in some cases, the estimate of what those sales will be from a recognized sales agent, "the banks will provide financing," she said.

The loosening up of bank capital is welcome, but producers discovered a mix of other revenue sources during the downturn to get their films made and they're combining equity financing from wealthy investors, product placement deals from companies, advances or guarantees from retailers like Walmart, Amazon and Netflix, the DVD outlet Redbox, TV deals from channels like HBO, crowd funding using Kickstarter and Indiegogo, asking cast and crew to defer payments and vendors to become investors. One of the most common ways to whittle down a budget and to tap into a revenue stream is to look for tax credits from countries and regions. All of this can add up but the panel cautioned the audience that the most important thing is "distribution," said Adam Parr, Corporate Adviser, Global Film Finance.

"Unless you have a path to sell your film no one will want to invest," said Parr. "You need a third party to validate that your project is viable."

That third party is usually a sales agent. "You've got to hire a sales agent," said David Hutkin, EVP, Strategic Initiatives, Investment & Banking, the Weinstein Company. First step is to take a look at the AFM booklet listing the exhibitors who are attending. "See who's repped a film like yours and contact them," said Hutkin.

The conference continued with more wisdom from the trenches, which can arm a budding or veteran producer with the information they need to push their project forward.

"As a Filmmaker sometimes we focus on just the art, writing, shooting and in the process of being creative, we forget to focus on the film business aspect, watching how the market works, buying/selling of the films, pre-sales and getting distribution before a film is made is definitely something to soak up," said Adoniyas, who attended nearly all of the conference panels.

There were other sessions during the market that featured industry luminaries from around the world including: actor Adam Carolla, uber reality producer, Mark Burnett, legendary producer and executive Mark Canton, agent/producer Cassian Elwes, and others.

The AFM also launched a special series of programs geared to producers who had qualified by producing at least one feature film. The 16 sessions focused on a variety of topics from co-productions in China, to working with U.S. guilds to the role of the producer. It was about learning and like everything else, networking.

"And in this business sometimes it's who you know not what you know, so if you stick your hand out for a hand shake and introduce yourself and network a little, there is a great opportunity to meet people from all over the world you might not have a chance to meet otherwise," said Adoniyas.

He's vowed to come back next year, and in the meantime he'll be trying to implement what he learned.