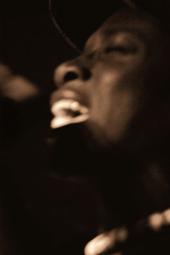 "You work and work and fight and struggle and all the time, you're dreaming of this moment when it's all going to happen, when people will listen to your opinions and team up to make your ideas happen. I'm in that moment right now and it's unbelievable. Everything I've worked so hard for is coming together right now," says Derrick Ashong, activist, social entrepreneur, and front man to the band Soulfege - who has recently caught the eye of Oprah Winfrey .

A couple of years ago, things looked a bit more challenging for Ashong. He'd organized a record deal and international tour for Soulfege. All eight bandmates had let go of their apartments and day jobs. And a week before they were supposed to go on tour, the venture fell through. "So it looked like my whole band, including me, had to start from scratch and it was all my fault because I'd pulled the plug at the last minute after realizing the record company wasn't living up to their end of the bargain. I felt so bad," says Derrick.

Exacerbating his frustration was the fact that Derrick was a 33-year-old Harvard graduate, who had immigrated to this country from Ghana at four years old with his parents and younger sister. He had defied the traditional expectations of what he calls an "F.O.B." (Fresh Off the Boat), by daring to enter into the arts, rather than going into a more stable profession. The stakes were high for him to prove the validity of his unconventional choice. Furthermore, he placed upon himself the added pressure to succeed at a very high level, in order to help the rest of his family back in Ghana - and indeed, to help transform the nation of Ghana itself.

Fortunately, Mr. Ashong has no dearth of faith, pluck, intelligence or drive. As an undergraduate, on the first professional audition of his life, he won a stand-out role in Steven Spielberg's Amistad. He shares a speaking agent with Nobel-Prize-winning luminaries, such as Mikhail Gorbachev and Archbishop Desmond Tutu. Derrick is in demand around the world to speak, ex tempore, about how to empower disenfranchised communities and young people. He helped found the Harvard Black Men's Forum and Harvard Black Alumni Society. He worked for a time for Dave Stewart of the Eurythmics, helping him run his media venture. He's played guitar with Gilberto Gil. And a cutting-edge documentary about a global shift in consciousness, aptly called The Shift (not to be confused with self-help guru Wayne Dyer's The Shift), features Derrick prominently amidst the likes of Tutu, Richard Branson, Bono, Deepak Chopra, Mohammed Yunus, Fatima Gailani, Marianne Williamson and Al Gore. And, even though he did not naturalize as an American citizen until he was 25 years old, he knows every intricacy of United States politics, rendering "news junkee" a polite euphemism.

The latter skill unexpectedly gave him his big break when, during the last presidential primaries, an older white gentleman with a video camera approached Derrick outside an Obama-Clinton debate in Hollywood. Looking much younger than his age already, Derrick could have passed for a high school or college student, wearing a baseball cap, hoody sweatshirt and Ghanaian caori shell necklace, carrying a backpack and a "Si, Se Puede!" Obama poster. The citizen journalist asked Derrick why he supported Obama's health care plan and when Derrick began to respond, the interviewer snapped, "Do you have any specifics? Do you have any technical versus emotional specifics?! What are their policies? Do you know?" Respectfully and cheerfully, the seeming kid launched into an expert health care policy analysis, eventually wearing down his crochety interrogator's defenses and preconceptions, until at the end, the two men were slapping each other five.

Uploaded onto YouTube, the video received well over a million hits, becoming one of the most viewed online videos of 2008. Suddenly, CNN, BET and other major media outlets were contacting Derrick, asking him to blog and report for them. Even The Economist, not particularly known for its progressive sympathies, wrote about him. Next thing he knew, he was receiving enticing phone calls from Hollywood mega-agencies. Vanity Fair's Editor of Creative Development, David Friend, wrote a piece about the new YouTube phenom and Soulfège.

Eventually, Oprah's "BFF," Gayle King, interviewed Derrick several times on her radio show, calling him "the voice of a generation". And, ultimately, about a month ago, Oprah Radio the Grande Dame of all media herself interviewed Ashong for her Soul Series. She introduced him to the world this way:

I really don't believe...in coincidences. But I believe that everything is interconnected and everything happens for a reason. So...I know it's a sign...I first heard the name Derrick Ashong when the head of my development suggested, 'You know there's this guy we ran into. His name's Derrick Ashong. You should meet him.' Then at a west coast meeting for my new television network OWN, the name Derrick Ashong was broached again by a few West Coast executives at this meeting. And then, one day, out of the blue, Gayle King had interviewed Derrick Ashong on her radio show and Gayle insisted that Derrick Ashong...So when you hear a name like, any kind of name shows up in your life more than one time and you keep hearing that, that means something's going on with that person. So, lo and behold, I present you today, musician and activist and social entrepreneur, Derrick Ashong. Finally, we get to meet.

And, without missing a beat, Derrick responded warmly, "Finally."

On Wednesday, December 16, at a live interactive concert at TheRoomLive.com and Oprah.com, Soulfege announced that Derrick will have his own show on Oprah Radio beginning in January 2010.

(Reprinted from my original piece at The Community Marketing Blog-Off)