Oprah Winfrey is tied to evil - that is, according to Mike Bickle, head of the International House of Prayer (IHOP). After a video of Bickle suggesting that Oprah is a forerunner to the "Antichrist" uncovered by the People for the American Way's Right Wing Watch surfaced earlier this week, entertainment sources including the Hollywood Reporter eagerly picked up the story.

In the video, which aired on God TV, Bickle says:

"The Harlot Babylon is preparing the nations to receive the Antichrist. The Harlot Babylon will be a religion of affirmation, toleration, no absolutes, a counterfeit justice movement. They will feed the poor, have humanitarian projects, inspire acts of compassion for all the wrong reasons. They won't know it, beloved they will be sincere, many of them, but their sincerity will not in any way lessen the impact of their deception. The fact that they are sincere does not make their deception less damaging.

Bickle has wide-reaching influence: the Kansas-City based IHOP congregation, which was founded 12 years ago, has grown exponentially from a group of 20 to a following of "tens of thousands" of worshippers, evangelizing round-the-clock worship on its live webcast. "The Second Coming will probably happen within the lifetime of people living today," Blickle claimed in a recent feature for the New York Times.

If the end times are approaching, Oprah certainly isn't the only contender for spawn of Satan. Check out the slideshow below for a look at some other public figures who (supposedly) portend an era of fire and brimstone:

Correction: An earlier version of this story indicated that Oprah had been called the Antichrist. She was actually implicated as a "forerunner" to the Antichrist, by way of Mike Bickle's logic.

Church Calls Oprah 'Forerunner' To Antichrist: Who Else Has Been Associated? 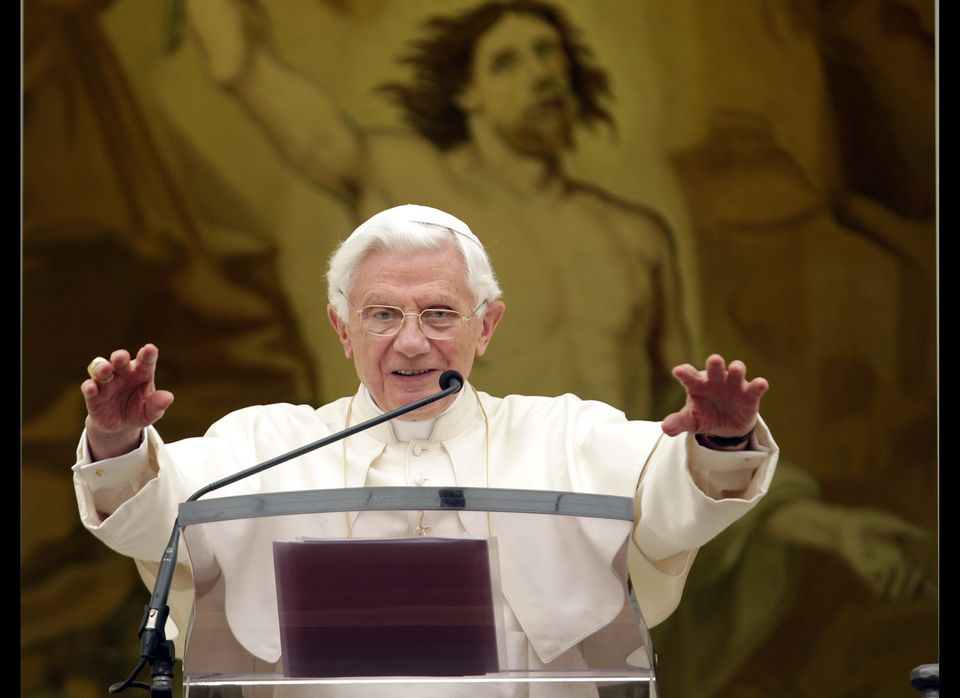 1 / 7
Pope Benedict XVI
The first German in many years to be elected Pope, Benedict was from the outset a controversial choice for the papal throne because of his (involuntary) involvement as one of Adolf Hitler's "Hitler Youth" in childhood. However, Benedict isn't the first pope called a demon in God's clothing: certain passages of Revelations say that the Antichrist will be directly connected to a "city with seven hills," which is a popular nickname for Rome.
AP