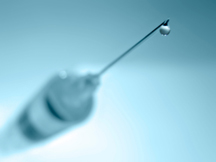 This week's Newsweek cover article is a slap at Oprah Winfrey for crazy talk about complementary and integrative medicine. Oprah does cover some fringe stuff that is wacky and sometimes wrong. But I think she's right to do it. Here's why.

The history of medicine is smeared with snake oil. It was once believed that drinking oil -- not olive oil, but the black stuff that comes out of the ground -- had healthy properties. Even today, some swear that drinking apple cider vinegar helps digestion and whacks infections, but it may actually damage tooth enamel and sear the esophagus.

Newsweek slaps Oprah for going out on a slippery snake oil limb, promoting people like Suzanne Somers and her aggressive program of hormone replacement therapy. Somers, 62, takes 60 vitamins and supplements and also gives herself a shot of estrogen directly into her vagina. Newsweek portrays her as laughable, but I agree with Oprah - Somers might be a pioneer. Self-experimenters have often advanced science. At the age of 22, Sir Isaac Newton nearly blinded himself by staring at the sun in a mirror because he wanted to study the after-images it left on his retinas. Australian physician Barry James Marshall swallowed some foul-smelling bacterial crud to show that Helicobacter pylori caused ulcers. Sir Issac ended up with marks on his eyelids; but Marshall ended up with a 2005 Nobel Prize for linking the bacterial crud, H. pylori, to ulcers. I'm not saying Suzanne Somers is going to surprise us with a treatise on gravity, but she has courage.

"Everyone was against me, but I knew I was right." -- Barry James Marshall

The line between courage and dumbness, however, can be slim. Jenny McCarthy, another frequent Oprah guest, believes that her son Evan contracted autism because he received a measles, mumps and rubella (MMR) vaccination. So far researchers haven't found a link between vaccinations and autism. We do know, as Newsweek points out, that the vaccinations have saved the lives of thousands of children who otherwise might have died.

Facts like that don't seem to change McCarthy's belief. "My science is named Evan, and he's at home. That's my science."

Speaking of belief, look at "The Secret." Oprah led the charge for it, and it has some good stuff, reminding us that we are all fields of energy in a larger field of energy. But it also stated that all diseases can be cured by the power of thought alone. That's going too far. Even super-Secret supporter Oprah had to caution a guest on her show who had breast cancer and who was thinking of forgoing surgery against the advice of her doctors. Said Oprah, "I don't think that you should ignore all of the advantages of medical science, and try to, through your own mind now because you saw a Secret tape, heal yourself."

Yet Oprah knows people can heal themselves with Qi Gong, meditation, yoga, acupuncture. She's not afraid to promote this "new" medicine, a medicine that is actually old, embracing the best of East and West.

Newsweek is going backward, contributing to the backlash against new medicine. Oprah is going forward by supporting medical pioneers. While looking into the sun, drinking crud or shooting up in the vagina may not seem so brilliant, breakthroughs come from acts of courage or folly and sometimes both.