Twenty-year-old Claire grew up in an affluent community, attended an elite East Coast boarding school and was an all-American high-school athlete, winning varsity letters in three sports and earning an athletic scholarship to attend college. Not long ago, she seemed to have it all, but life looks different for Claire today.

Now a college drop-out, Claire is addicted to heroin. She recently spoke with Oprah about her accelerated path from scholarship student to drug addict on an episode of "Oprah Prime" focusing on heroin addiction.

"This was something I never saw coming," Claire says. "I was a good kid. I had achieved everything my parents had hoped for me."

The star athlete was captain of three sports teams in high school, but says she grappled with an emptiness going on beneath the surface. "I was just so unhappy with myself and never felt good enough or satisfied, no matter what," Claire explains. "It came from something inside of me that was just not okay."

Before turning to heroin, Claire experimented with prescription painkillers supplied by her friends. "I just knew some other athletes who had been prescribed painkillers. They had extra ones lying around," she says. "Before I knew it, just a couple months down the line, I was doing heroin."

A few months after that, Claire was injecting herself with the dangerous drug. "I didn't immediately go to the needle… That progressed over a couple of months," she recalls. "The first time I put a needle in my arm, I knew there was no going back."

Though she is currently living in a sober home, Claire admits she struggles to maintain her sobriety.

"Who I was before heroin, that's who I am," Claire says. "I know I'm a good person at heart, but when I put that drug in my system, man, everything goes out the window." 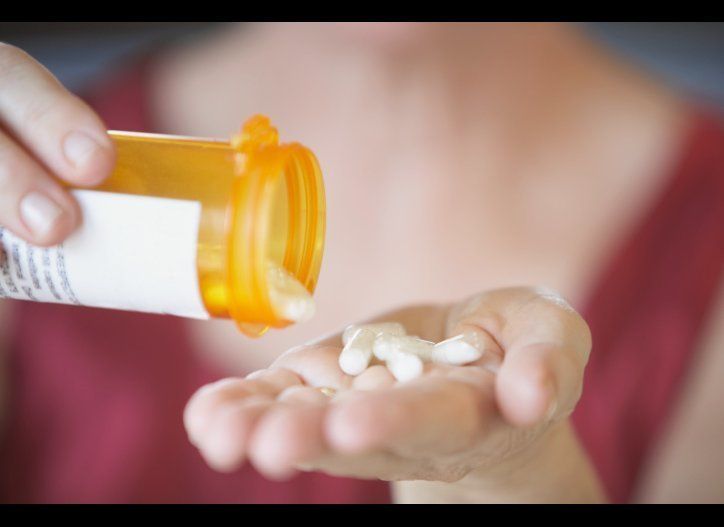 1 / 8
Physiologic Dependence
More and more of the substance needs to be taken in order to achieve the same effect (called tolerance) and/or withdrawal symptoms emerge when the substance is stopped. Some drugs (such as opioids) can cause tremendous physiologic dependence, while others (such as marijuana) may cause relatively little.
Thinkstock