Oprah Winfreyseems to lead a pretty charmed life — but she has never forgotten where she comes from.

The billionaire entertainment mogul told Gwyneth Paltrow in the first episode of Goop’s new podcast that whenever she feels like she’s in crisis, or things aren’t going her way, she keeps her perspective by turning to some of her most treasured possessions — documents from slave plantations that she said have “the names, and ages and prices of slaves.”

“I will speak their names out loud,” Oprah explained to Paltrow. “I will speak their names out loud — Douglas, and Jenna, and Carrie, and Sarah and Anna — and their ages, and their prices, and remind myself of how far I have come. And no crisis seems that much of a crisis after you look at the names, the ages, the prices of people who were before you — who made this way possible.”

Oprah also told Paltrow she finds comfort in Harry Herman Roseland’s 1906 painting “To the Highest Bidder,” which she said was her first major piece of art when she bought it back in 1988. 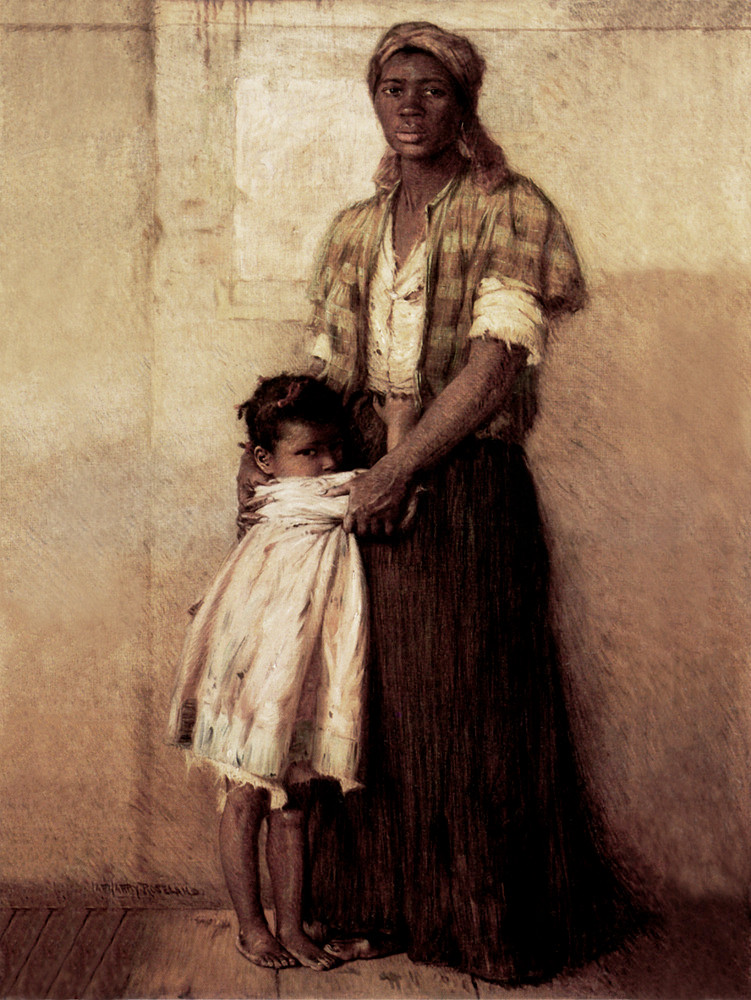 “The most important, though not most expensive [piece of art], in my home is a picture of a slave woman on the auction block with her daughter,” Oprah explained. “When you come in my house, that’s the first thing you see and that is the grounding painting for me.”