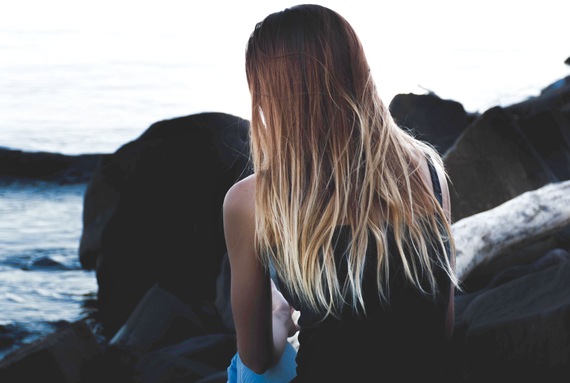 How do you fill a seemingly "eternal black hole of despair" within you?

That was the question facing Elizabeth Gilbert as divorce plunged her into deep depression.

In a moment of "revelation", the "Eat, Pray, Love" author realized the "only thing that can fill an eternal hole is the Eternal."

She continued: "So you keep trying to fill this with worldly things. But you have to fill it with something that's as big as the hole itself. And there's only one thing in this universe that's as big as that empty hole, and that is God."

Her heartfelt story is one of a series of short videos heralding the arrival of a week-long Oprah Winfrey Network special on our beliefs.

Entitled "What do you believe?" the series is interactive with an invitation to answer that question in three words, as well as suggested social media hashtags (#belief, #beliefstories) to facilitate a deeper conversation.

So what do we believe?

All kinds of things, actually.

The series will run the gamut of religious and non-religious rituals - from bar mitzvahs, the Mecca pilgrimage and immersion in the Ganges, to an atheist's need to face his mortality by dicing with death on a rock face.

But is belief all we can achieve in our need to find answers?

Certainly, Gilbert's moment of revelation wasn't the end of her quest.

It sent her on a spiritual search that eventually led her to study the mystics of some of the world's major religious traditions. In doing so she was led to "where you sit in the palm of God's hand and the two of you - you and God - have a direct conversation".

I love her story. It suggests there's something even more than believing (important though that is), a journey beyond belief to faith, and from faith to the direct experience of the Divine.

Her words seem to say: "Believing was good, but it wasn't good enough. I needed to understand in order to be healed."

That's also been the key to my spiritual quest for over three decades. Like many, I want to know, not just believe.

For instance, as with many who read the Bible, I share the conviction "God is love".

But as a friend once said: "What does that actually mean?"

In answering such questions I've been hugely helped by the insights of Mary Baker Eddy. Her "Christian Science textbook" (Science and Health with Key to the Scriptures) articulates an understanding of Deity's nature as loving one and all inexhaustibly. It also unpacks the practicality of how to humbly access and express this divine Love's healing power.

In doing so, it pinpoints a hierarchy of thoughts on our road to healing, in which belief in God is simply a first step to the restoration we can attain through yielding materialistic thinking to the consciousness of the Mind that is God.

"Until belief becomes faith, and faith becomes spiritual understanding, human thought has little relation to the actual or divine," Science and Health explains.

Thankfully, neither divorce nor depression have darkened my life's journey. But, like Gilbert, I've known despair. And I, too, have found myself sitting "in the palm of God's hand", prayerfully listening for healing insights and ideas.

Such communion with the Divine has resolved issues for me as diverse as chronic career concerns, health problems, loneliness, and lack. It has also rescued me from self-destructive habits, masked as the false promise of finding happiness in self-centered indulgence.

In broad terms, my sense of having an active, ongoing relationship with God could be labelled a belief. But, like many, I've learned to lean on God as both dependable and knowable - a divine Principle whose spiritual laws can be understood, applied and proved, showing that we're each a forever cherished child of God.

That certainly doesn't mean I'm constantly at a "knowing" level of spiritual awareness. Far from it.

Like everyone, I have to meet daily demands and also face deeper challenges. In doing so, there are times of believing and having faith, as well as those precious moments when clearer glimpses can lead to actual spiritual understanding.

In a similar way, when I look at the spiritual and religious beliefs to be featured on Oprah's network I see humanity reaching beyond a merely matter-based interpretation of life towards a more spiritual ideal - often with great faith that doing so can make a difference.

I deeply value that. And I trust and pray we can all increasingly reach beyond faith to the actual experience of sitting in the palm of God's hand in which "black holes of despair" can indeed be filled by something as big and beautiful as the healing understanding of our relationship to "the Eternal".