Here’s something you probably never thought you’d know about Oprah Winfrey: When Oprah wants to get things popping with her boyfriend of over 30 years, Stedman Graham, she heads to the kitchen and gets busy making soul food.

Maybe you’d prefer not to know that (it’s sort of like hearing about your auntie and uncle’s sex life), but if you, like me, are lowkey fascinated by Oprah and Stedman’s incredibly private, enduring relationship, you can’t get enough. What’s not to be fascinated by? She is a peerless multimedia mogul, an Academy Award-nominated actress, a billionaire and a lover of bread.

He is the founder of a marketing consulting firm, a motivational speaker and author, but let’s be honest here: He’s much better known as Oprah’s ride-or-die. Lately, he’s also her biggest cheerleader for a 2020 presidential run.

“You can trust her, for one,” he told Ellen DeGeneres last month, in a rare appearance to promote his book. “She’s smart. She has a photographic memory, she works very, very hard.” (For the record, Oprah has said she doesn’t want to run. Yes, I am sad we’ll miss out on First Gentleman Stedman.)

Part of the allure is the heightened privacy around their relationship. In all of the years the world has known Oprah, Stedman has been the ultimate man of mystery. He puts a book out here and there, but mostly he’s quiet. Recently though, Oprah has started to post Instagram videos of Stedman (her “Honey Graham,” as she calls him), and I swear, each one is better than the last.

Here they are eating the tiniest slivers of pie ― they’re counting calories ― and celebrating a new season of OWN’s “Queen Sugar.” (Yes, as many commenters noted, Stedman seems vaguely high here. If he is, leave him be! Weed is legal in their home state of California.)

And please do watch this video of Oprah promoting Stedman’s new book, “Identity Leadership,” while also totally shrugging off his life advice because, after approximately a million years together, she’s heard it all before.

Note Oprah’s voice in those videos. Compare it to her signature octave raise and wild hand motions. With Stedman, she doesn’t have to be on all the time. She can drop the Queen O facade. She can chill. Stedman is so relaxed, he seems like the human form of Xanax.

Judging from her Instagram, life at the “Promised Land,” the pair’s 42-acre Montecito estate just outside of Santa Barbara, is nonchaotic, kale-filled and no doubt Gayle-filled. (What, you thought I’d make it through a whole article about these two without mentioning Gayle King, Oprah’s bestie and easily the most iconic third wheel of all time?)

I’m not the only one who finds it endearing that arguably the most powerful woman in the world lives a very sedate, very relatable, slightly boring home life with her boo.

“I love how normal they seem,” said Jazmin Taylor, an educator from Atlanta. “They go out to eat, watch TV, play with their dogs and have their inside jokes. Knowing that the richest woman in the world records her boyfriend on social media is extremely cute.”

(OK, she’s not quite the richest, but she is worth an estimated $2.6 billion.)

“I’m dedicated to her happiness, so that’s great for her and I want her to be the best she can possibly be, and she’s done a pretty good job of doing it.”

- Stedman Graham, boyfriend of the century

Outside the Insta clips, what I love most about the couple is this: Stedman, despite being an author and a business person in his own right ― we’re not trying to dull his shine here! ― is content being the supporting player to a powerhouse partner. As he told DeGeneres, he simply “wants the best for [Oprah].”

“I’m dedicated to her happiness, so that’s great for her and I want her to be the best she can possibly be, and she’s done a pretty good job of doing it,” he said. “For me, I’ve been able to find my own happiness, and develop my own skills, my own talents, my own abilities and I’m satisfied with that.”

To be that selfless and self-possessed in a relationship ― especially when you’re a man born in an era of traditional gender norms ― requires a “rock solid ego and inner strength,” said Becky Whetstone, a marriage and family therapist based in Little Rock, Arkansas.

“I have worked with many men whose wife either supports the entire family or is the chief breadwinner,” she told HuffPost. “They all told me that in concept, they believed they could be happy in such a relationship, but so many found that their wife’s success ate at them and caused them to feel that they just aren’t good enough.”

Stedman just gets it, Whetstone said: “I have told my clients many times to be a Stedman. You have to access your value as a human in a way that no matter who you are with, you still feel no need to get negative and compare or compete.”

Interestingly, the pair were engaged to be married in 1992, but eventually decided they would rather have a “spiritual union.” Clearly, that’s worked out for them; Oprah has even gone so far as to say that marriage would have ruined them.

“We would not have stayed together, because marriage requires a different way of being in this world,” she told Vogue in 2017. “His interpretation of what it means to be a husband and what it would mean for me to be a wife would have been pretty traditional, and I would not have been able to fit into that.”

Their nonfixation on marriage ― a life event that’s all too often viewed as the be-all-end-all-goal in a relationship ― appeals to a lot of people, especially marriage-wary millennials. Who doesn’t know a couple (or three) who rush to get married, then rush to get a divorce a year later? Oprah and Stedman have sticking power, marriage license be damned.

“They’re still together, but it’s by choice,” Stella Oloyede, who works at a nonprofit in Washington, D.C., told me. “I think that’s so damn dope. It was as though taking the wedding (and subsequently, marriage) off the table released their ability to love each other fully.”

As Oloyede sees it, the only thing tethering Oprah and Stedman to together “is the deliberate decision to be together. For love, not for contract or religious dogma.”

Oprah Reflects On Fighting For Equal Pay: 'I Knew My Value' 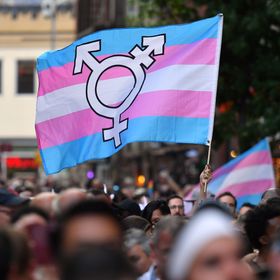 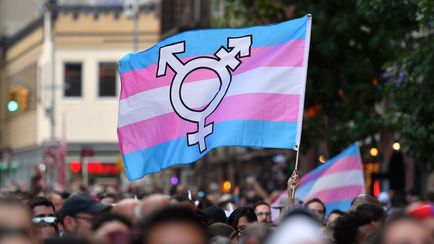 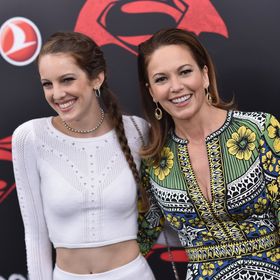 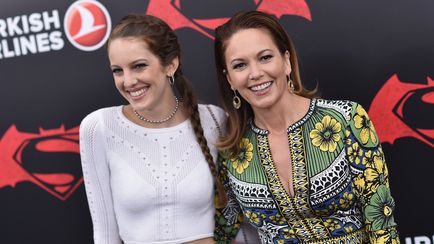