Reshma, a young Indian-American woman from Chicago, says she always felt like something was missing in her chaotic life.

"I just go to work, come home, eat dinner by myself, wake up the next morning and do it all over again. I don't think God meant for us to live this way," explains Reshma, 32, in the video above.

So she quit her job, said goodbye to her family, and traveled to her spiritual homeland, India, in hopes of finding a deeper connection to herself, to other human beings, and to her religion.

Reshma’s search took her to the banks of the Ganges River for the Kumbh Mela, where every 12 years, millions of pilgrims flock to the river to wash away their sins and purify their souls. While she was there, Reshma says something extraordinary happened, which she reveals on OWN's upcoming documentary series, "Belief." Check local listings here.

“I had seen the 'Planet Earth' years ago on Discovery, and I wanted to be able to create for the spirit what ‘Planet Earth’ was for our physical world,” Oprah Winfrey says of her new series, which premieres Sunday, Oct. 18 at 8 p.m. “Reshma was one of those stories. There are a lot of people who feel disconnected from themselves, who feel like their life is not whole.” 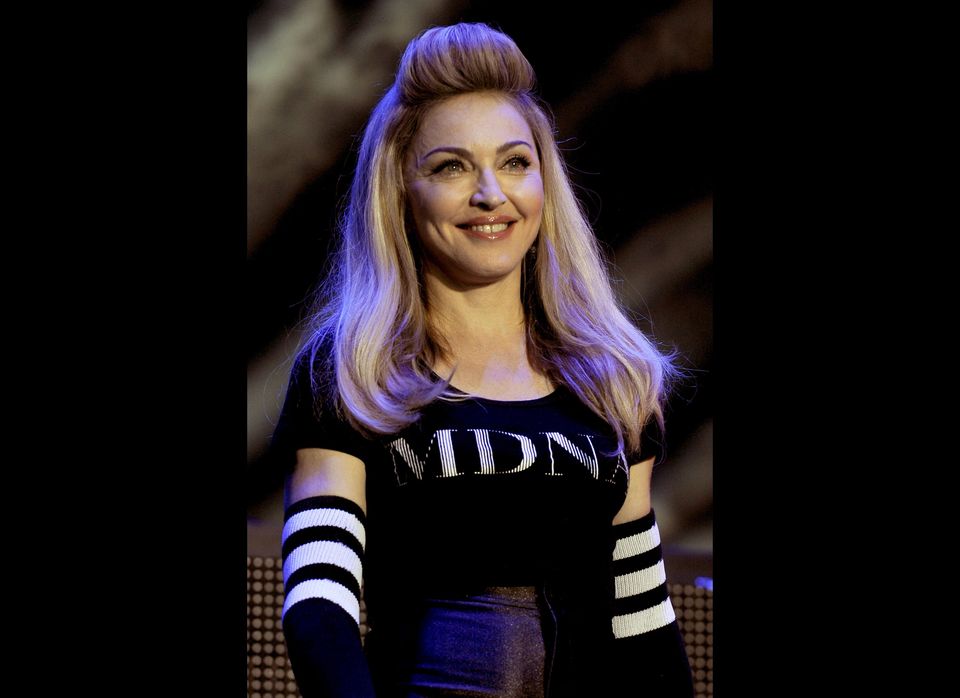 1 / 26
Madonna
Madonna was raised Catholic but embraced Kabbalah in the mid 1990s after being <a href="http://www.youtube.com/watch?v=MhoM9xfoTAg" target="_hplink">encouraged by a friend </a>to take some classes. "It didn't really matter that I was, you know, raised Catholic or I wasn't Jewish and I felt very comfortable and I liked being anonymous in a classroom environment," <a href="http://www.latimes.com/entertainment/news/la-et-kaballah-founders-story-part-two,0,4137283.htmlstory" target="_hplink">she told Larry King in 1999.</a> In 2013, she <a href="https://www.huffpost.com/entry/madonna-islam_n_4063853" target="_blank">told Harper's Bazaar</a>: "I am building schools for girls in Islamic countries and studying the Qur'an. I think it is important to study all the holy books. As my friend Yaman always tells me, a good Muslim is a good Jew, and a good Jew is a good Christian, and so forth. I couldn't agree more. To some people this is a very daring thought."
Getty