Nearly every family has one: the outcast, the "different" one, the black sheep.

This is the type of character that Oprah Winfrey says she is playing in OWN's new mega-church drama, "Greenleaf." The series premieres on June 21, but Oprah recently opened up about her role on the show as Mavis McCready, a member of the Greenleaf family.

"Mavis has her own way of being in the world and her own way of doing things," Oprah says. "She's a little eccentric and a little Afrocentric -- I say, 'When you see Mavis, she's wearing everything she owns at one time.' So she's got on bracelets and earrings and a belt and a necklace, you know? She loves her African ornaments and adornments."

Mavis is the aunt of the show's central figure, Grace "Gigi" Greenleaf, the "prodigal daughter" of a powerful, wealthy mega-church bishop. But while most of the Greenleaf family runs a church, Mavis focuses on a slightly different business venture.

"[She] has her own nightclub, because she loves jazz and blues and poetry," Oprah says.

As unusual as the character is, Mavis is also said to be wise and compassionate. In essence, there's really only one way to describe her.

"In my mind," Oprah says, "she reminds me of what Maya Angelou would be like if Maya Angelou ran a nightclub."

Another glimpse into the show:

Check out the extended "Greenleaf" trailer 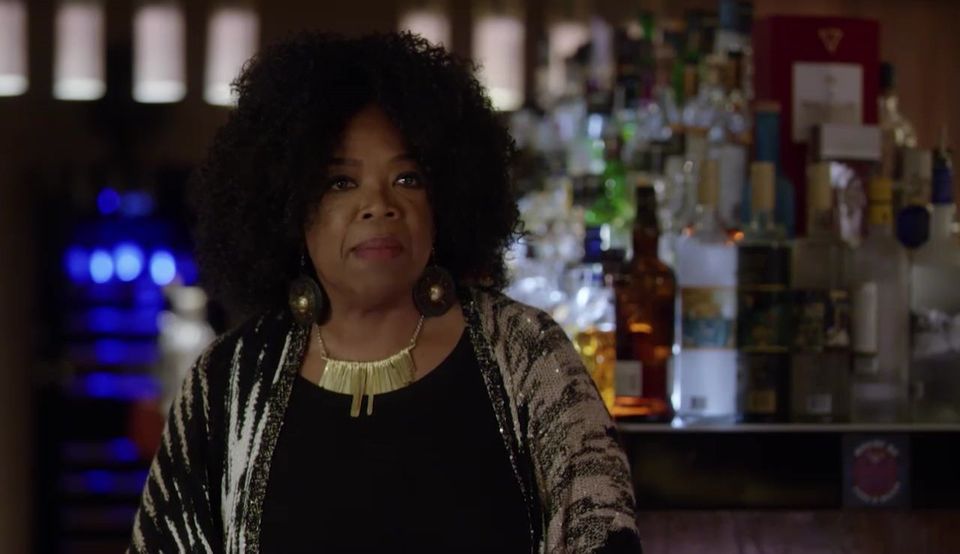 1 / 6
Mavis McCready is the like "black sheep" of the Greenleaf family, Oprah says.
OWN