This is a real magazine cover, not a clever photoshop job.

In fact, it's still up on the Oral Roberts Ministries website.

The cover, which apparently ran in August 2010, has begun to go a bit viral, as quite a few people have decided to to point out the irony and somewhat juvenile humor present. Just what "spout" they were intending to reference, we don't know, but it certainly doesn't come off in a religious sense.

How this one got past editors is beyond us, but the whole thing seems a bit ridiculous. As if the years of innuendo jokes about Oral Roberts weren't enough, someone really decided this was the best cover to go with? 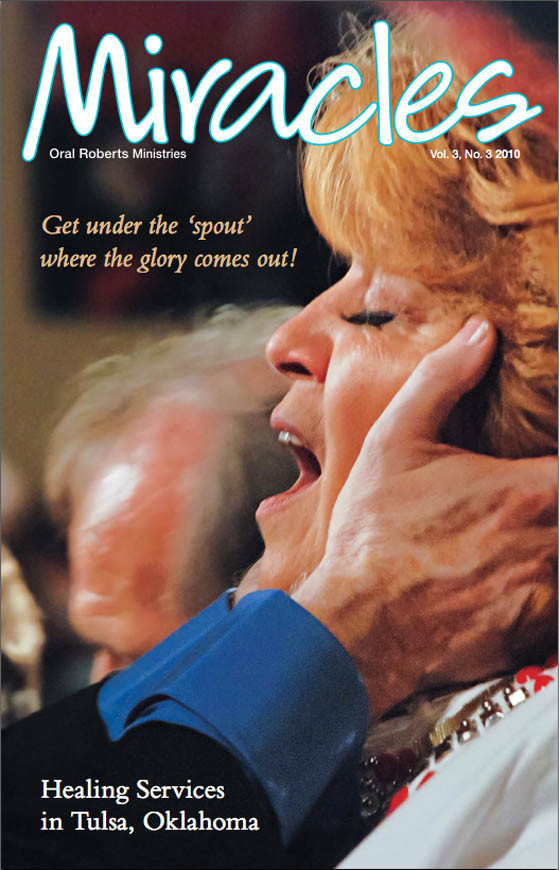