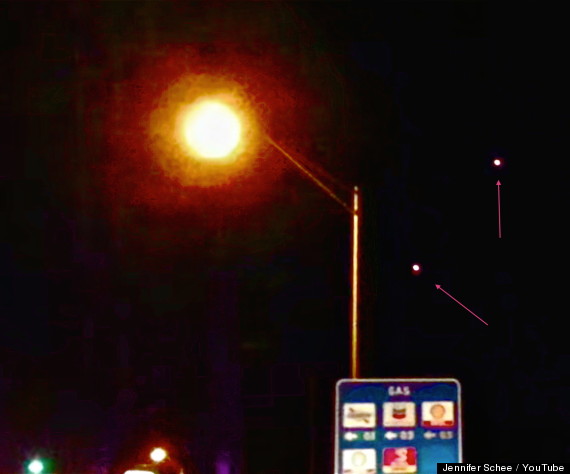 At approximately 6:35 p.m., YouTube user Jennifer Schee saw three lights above a West Palm Beach, Florida, highway. The red arrows in the image above point to two of those lights behind a road sign. Schee posted a comment to the ufocaptor.com page, describing the bright aerial orbs that she videotaped on her phone.

Schee wasn't alone during her sighting, and another eyewitness, Katelyn, commented on her similar observations about 13 miles north of West Palm Beach.

"I saw three, but one at a time in my neighborhood going towards the east coast, each one bright and when their light disappeared, I kept tracking it with my eye and could see a silver dot still gliding through the air in Palm Beach Gardens. It was going west to east all three of them," Katelyn commented on ufocaptor.com.

Here's the second video recorded by Jennifer Schee on Saturday:

Another ufocaptor commenter, Mark Testerman, wrote that he and others saw unusual lights, about a half hour after Schee's sighting, and 170 miles northwest of West Palm Beach.

"We saw these same red lights tonight ... but we saw 12 in all in a jagged line in Lakeland, Florida. We didn't video it while we were driving. They were heading in a south direction, then just turned and headed back the other direction. Glad this was caught on tape."

This map shows the three Florida locations where the lights were seen: 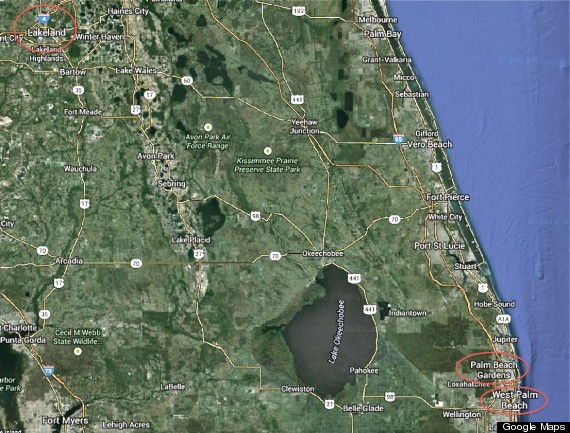 In trying to determine exactly what these lights were, it would help if anyone besides Schee captured them on video, from other vantage points.

On the surface and with limited further details, the objects seem characteristic of Chinese Lanterns.

Check out these lanterns being launched from Whitstable, U.K. in 2008:

In the following composite image, on the left is one of the lights videotaped on Saturday by Jennifer Schee in Florida; on the right, a Chinese Lantern over the U.K. in 2008: 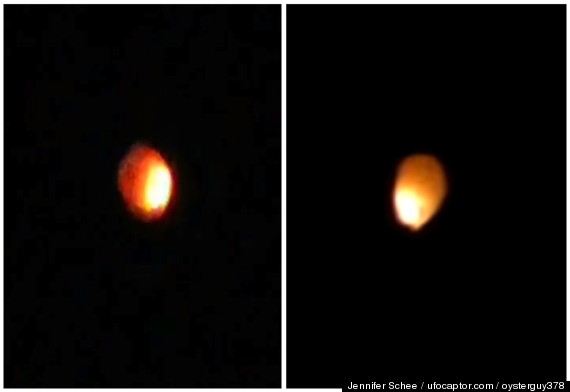 We're not saying positively that Schee videotaped Chinese Lanterns -- just throwing out the possibility. Even Schee admitted she's mostly overly curious about it all.

"This is absolutely amazing and I would love to know what they were, even if they weren't 'alien spaceships.' Inquiring minds just want to know."