As I watched yesterday's Orbital Sciences rocket explosion, unpleasant memories entered my mind. Here is a quick summary. On October 28, 2014 an unmanned NASA Orbital Sciences Antares rocket exploded in the air during liftoff to the International Space Station at 6:22 p.m. EDT from NASA's Wallops flight facility in eastern Virginia. Scheduled to be the third re-supply mission, the Orb-3 Commercial Resupply Services (CRS) mission was designed to travel to the International Space Station (ISS) several days early to guarantee its arrival, and to perform operations on November 2nd. The Antares rocket faced flight delays which pushed the launch date to October 28th. Seconds into the lift-off, The Flight Termination Systems were activated, but the shut-off failed to contain the explosion. No humans died, but major damage occurred to the launch site. The surrounding launch pad area is being secured, because Top Secret cargo and classified research hardware was aboard the craft. Plus, the explosion dropped highly explosive solid rocket fuel on the ground. All computer records pertaining to the flight are on lock-down and are being secured for the accident investigation board. The National Transportation Safety Board (NTSB) is monitoring the situation as NASA and Orbital Sciences interview all personnel pertaining to the event. The failure investigation may be challenging since the event happened at night. 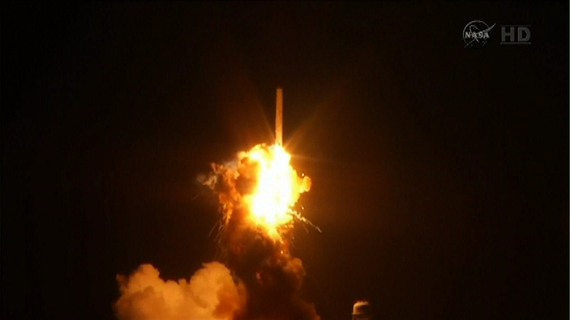 I know the severity of this event. For nearly ten years, I was part of a great team of scientists in NASA's Mission Control for the Space Shuttle Program. At our desks, we sat for hours before computer monitors viewing data and verifying engine operation, before and during launches. We helped successfully deliver astronauts and rockets to space. In my book Mathaphobia, I share my rocket experience. Specifically, my role was a reliability and system safety engineer. I authorized engine tests, and calculated the probability of catastrophic explosions using mathematics and science. These numbers were then given to the U.S. Congress. I had to know where every bolt, duct and weld was located in three enormous engines. This position was influential, because it helped engineers effectively prevent catastrophic accidents before they happened. The goal was to save human lives and multi-billion dollar cargo. If an accident had occurred, I was responsible for implementing the official Contingency Plan which included contacting all program officials and securing all data under lock and key. The job required staying calm and collected under the most challenging circumstances. 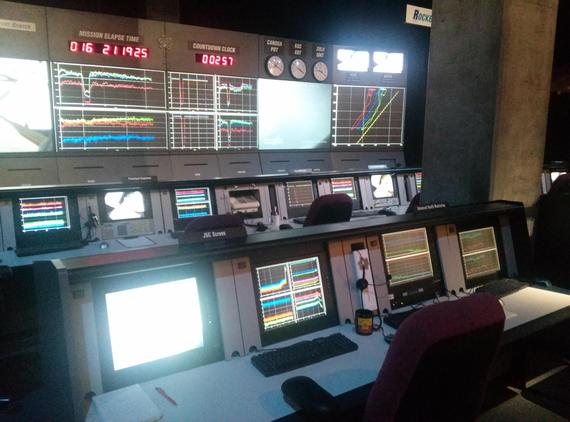 After seeing yesterday's Antares explosion, significant memories resurfaced in my mind about failure investigations. Is history repeating itself? What caused the accident? What ramifications are occurring after this aborted mission? Three more significant questions ignited my concern regarding the health of America's space travel.

As an expert in flight accident investigation, I find the root causes to events. And frequently, the root failure is attributed to a human-perceived rush or ignored data. This particular vehicle was an Orbital Sciences Antares rocket, powered by two NK-33 variants called AJ26, bought from Russia and modified by a California engineering firm, Aerojet Rocketdyne. And these rocket models were seen to have trouble with stress corrosion on the engines. Often times, vehicles with such corrosion must be reworked, repaired and retested to confirm its structural integrity. Without the proper certification testing, stress corrosion can potentially cause a catastrophic explosion during ignition. Per NASA however, evidence shows that the engines proved reliable before launch. Often, vehicle safety relies on NASA officials spotting the problem in advance before launch. However, this process did not occur during NASA's Challenger explosion in 1986. 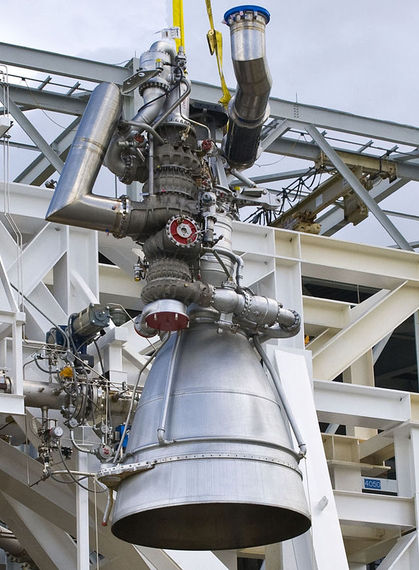 The Russian NK-33 was modified and renamed the AJ26-58 by Aerojet. The rocket engine is shown during a test firing at John C. Stennis. Image courtesy of NASA.

In my TEDx talk, "Reprogramming Your Brain to Overcome Fear," I explain that I decided to become a rocket scientist at 6 years old. When I was 9 years old, my decision was solidified when NASA's Challenger Space Shuttle exploded on TV over Florida for millions to see. I, Olympia LePoint, vowed to become a rocket scientist, understanding all ways to prevent undesired explosions and to save astronaut lives. Years of intensive education followed. Within my first professional year as a scientist, I investigated the technical events behind the Challenger explosion.

Similar to the Challenger launch, I discovered that the Orbital Sciences launch was delayed. Challenger was delayed several times before its launch. And finally January 28, 1986, NASA chief engineers decided to launch the vehicle, despite below-freezing temperatures recorded at the launch site. Some Morton Thiokol engineers presented O-ring metal deformation data that warned of a potential catastrophic issue if the solid rocket boosters were launched below 53º F. The data showed warping in the solid rocket booster's O-ring at low temperatures. All metal alloys change shape with extreme heating or cooling. (This is why you can't leave your smart phones in a hot car, or soda cans in a freezer.) Despite these warnings, the vehicle was launched. Some speculate that the multi-million dollar delay-daily-cost was the contributing factor. So, the engines where fired. And within a few seconds into flight, the solid rocket booster O-ring deformed under high heat and stress loads. This failure caused a fire that exited out of the solid rocket booster joint. This event caused the booster to ignite the external tank. Just 78 seconds after the launch, the flame penetrated the external tank and exploded the liquid hydrogen and oxygen. Seven astronauts died. 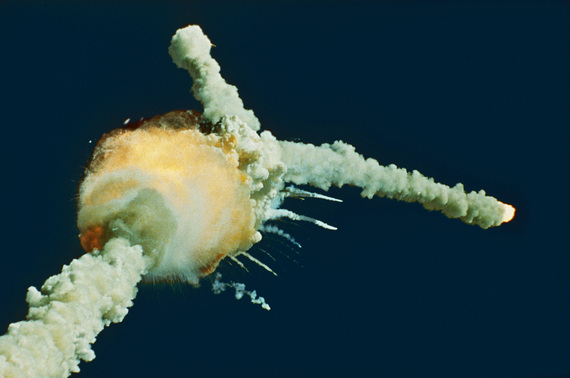 To make matters worse, the explosion traumatized many children across the United States, because Christa McAuliffe was the first school teacher on board as an honorary astronaut. Immediately after Challenger's explosion, the astronaut's capsule propelled away from the vehicle, piercing into the ocean. The capsule broke open and fell to the ocean floor. There was evidence suggesting that some astronauts were still alive after the impact, because claw marks were found in the capsule. But they all eventually died. 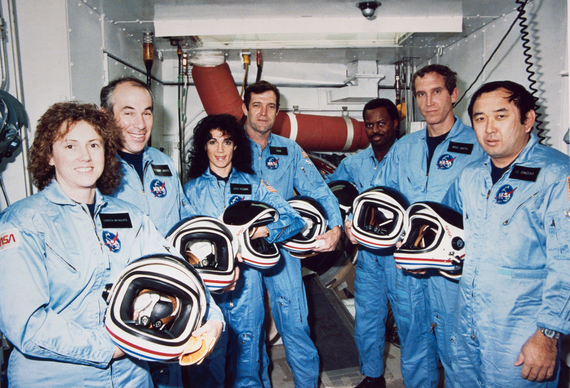 Shortly after this horrific Challenger incident, President Ronald Reagan appointed a special commission to determine what went wrong with Challenger and to develop future corrective measures. NASA began a new emphasis to invest in reliability engineering and system safety. This engineering used mathematics coupled with science phenomenon to predict catastrophic events with certainty. Needless to say, several years passed before the Space Shuttle Program returned to flight. The commission found that Morton Thiokol, the company that designed the solid rocket boosters, had ignored warnings about potential issues. Throughout this investigation, there was a higher emphasis on checks, balances, verifications and system redundancies. There was no longer an emphasis to "rush" for a flight. And people like myself where brought into engineering teams to verify engine testing would save human lives during flights. I served with pride. God-willing, I and my team could stop a problem before it could occur. Through this experience, I learned to foretell the future by first removing my own fear, and next by predicting simultaneous cause-and-effect events. This data was presented through Event Sequence Diagrams.

However in the 2000s, there was a shift in space travel funding. Plus, there was a push to create cheaper engines faster. This trend lasted. On February 13, 2012 President Obama unveiled the proposed 2013 fiscal year budget for NASA, which was $17.7 billion. It was $59 million less than the fiscal year of 2012. Overall, federal funding was slashed from traditionally funded space programs. And new companies found a way to capitalize on this shift. Clever companies like Blue Origin, SpaceX and Virgin Galactic began competing with traditionally-NASA-funded programs run by corporations like the Boeing Company, Lockheed Martin, Northrup Grumman, Thiokol, and Aerojet. Questions arose regarding the safety in creating cheaper rockets. For example, the private spaceflight company SpaceX plans to build a rocket so big it would "make the Apollo moon rocket look small," as stated by the company's CEO, Elon Musk, on "CBS This Morning"on Feb. 3, 2014. With a rocket that big, many things can go wrong. And who will track them? How will the appropriate checks and balances be made? These are all questions that I wonder regarding many of these new "better-faster-cheaper" rocket companies. And although Elon Musk has an undergraduate physics degree and means well as a former CEO of PayPal, he has never been a rocket scientist. Though, I admire his efforts.

3. Do Americans know how important space travel has become?

Currently, the NASA contract will be implemented regarding the cargo loss. The International Space Station can last for 4-6 months without additional hardware deliveries. And Orbital Sciences will invoke its insurance policy, but the insurance will not recover countless research years.

Many people take for granted the technology that we have acquired from space travel. Let me share just six examples. According to the CNN.com article "Space Age inventions you probably use," space research created scratch-resistant glasses. In the 1970s, NASA partnered with Honeywell Corporation to create smoke detectors. Siemens-Pacesetter, Incorporated teamed with NASA to develop better heart pace-makers. The Diatek Corporation of California teamed with NASA's Jet Propulsion Laboratory to create ear thermometers. NASA-sponsored research also helped make major improvements in baby food sold at the local supermarkets. And let us not forget our biggest technological boom. We would not be as tech savvy without the internet and smart phones powered by multi-billion dollar telecommunication satellites. But this science is forgotten when space programs are slashed. I truly feel that if people knew how influential space travel is, we as a society would be apt to excel in science again.

This Orbital Sciences Antares explosion reminds us that through failure, we can create a better future. Although it may take months before we will know the exact cause of the Antares rocket explosion, we can immediately remember our important past. We must hold onto solutions rather than failures. We must focus on the present and plan for the future, removing any impatient "faster, quicker, cheaper" Space mindset. And most importantly, may we always remember the astronauts who gave their lives, so we can be technologically free. Innovation gives us life. Until next time, visit me on facebook.com/OlympiaLePoint and share your thoughts.