(Reuters) - Orbitz Worldwide Inc has found that people who use Apple Inc's Mac computers spend as much as 30 percent more per night on hotels, so the online travel agency is starting to show them different, and sometimes costlier, travel options than Windows visitors see, the Wall Street Journal reported on Monday.

Orbitz executives said the online travel agency is experimenting with showing different hotel offers to Mac and PC visitors, but said the company isn't showing the same room to different users at different prices, the Journal reported. They also pointed out that users can opt to rank results by price.

Mac users are 40 percent more likely to book a four or five-star hotel than PC users and when Mac and PC users book the same hotel, Mac users tend to stay in more expensive rooms, the Journal reported.

In addition to the Orbitz website, the company owns other travel sites, including CheapTickets, ebookers, HotelClub and RatesToGo.

Apple and Orbitz officials could not be reached for comment outside of regular business hours.

(Reporting by Chandni Doulatramani in Bangalore; Editing by Matt Driskill) 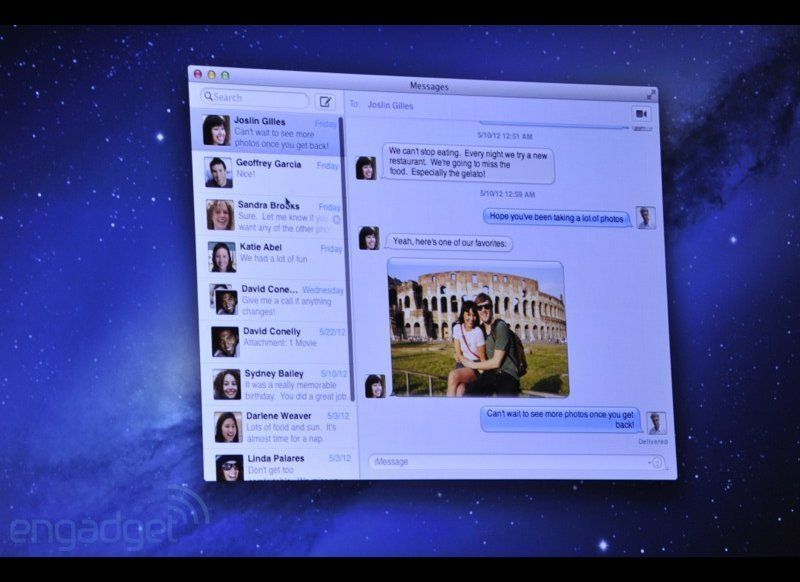 1 / 8
Mountain Lion Messages
iPhone users can respond directly on their Mac to messages received on their phone. The feature not only enables Mac-to-Mac and Mac-to-device messaging, but also saves the complete message history. (<a href="http://www.engadget.com/2012/06/11/apple-wwdc-2012-liveblog/" target="_hplink">Image via <em>Engadget</em></a>)
Engadget