I had an argument last year with someone who, hand on heart, maintained there was no crisis affecting the future of American orchestras. And this was asserted despite the overwhelming evidence to the contrary of orchestras facing closure, bankruptcy or lock-out strikes, the high profiles being the long strike at the Detroit Symphony and the declared bankruptcy of the Philadelphia Orchestra. Maybe my disputant simply couldn't face the reality of a worsening situation because to do so would require a major re-think -- and maybe some reinvention -- for the whole system. Too important to fail, I suppose. 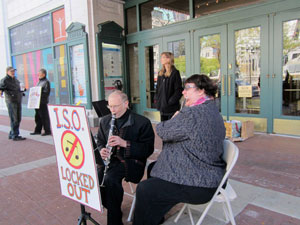 Well, things have gotten much worse this year. There have been strikes and lock-outs in Atlanta, Minnesota, Chicago, Indianapolis, St. Paul Chamber Orchestra, and Jacksonville. And when I read the respective blogs and websites of managements, musicians and interested observers, I am dismayed by the ratcheting up of hostility, the evidence of poisonous internecine warfare. The musicians' blogs, in particular, are painful expressions of hopes, dreams and aspirations being destroyed. How an orchestra comes back from such an experience with relationships and trust totally wrecked, I have no idea. The arguments presented seem to be two-fold -- musicians and unions maintaining that the current problems are cyclical and not permanent. It's all a failure of management anyway, so hold out and things will be OK. Conversely, management insists that the problems are fundamentally economic and systemic and must be resolved through draconian cuts if orchestras are to survive. There appears to be no middle ground. So are we to see orchestras vanishing from our communities as many people are predicting? No more great repertoire? Concert halls closed and musicians unemployed? 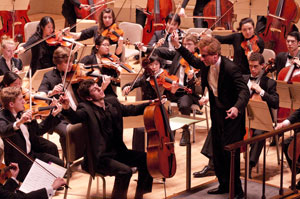 Musicians and orchestras are extraordinary treasures, and to deny them a place in our society is to deprive everyone of one of the most positive and magical experiences in life. Live music performances instantly convey some of civilization's most profound utterances.

So what if the crisis isn't really about money? Certainly, finances represent a huge consideration but could they be just a symptom with the foundational cause being something far more serious? I would suggest the source is diminished legitimacy and relevance in a world that has changed more in the last 30 years than at any time in the last 5,000. With massive declines in audiences and funding across the nation, maybe only bits of the old orchestra model are still workable. Perhaps we are at a massive inflection point and there is a huge opportunity to reinvent the orchestra's entire interface with the community. Why not grab this moment when we could take orchestral music and its performers to the center of our society rather than their languishing at the periphery? 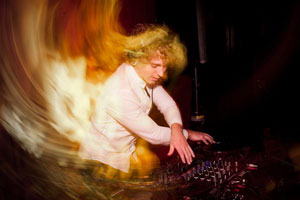 Given the amazing abilities, creativity and energy of individual musicians, could we not conceive of turning the whole edifice on its head? Could we redirect the orchestra from an almost-exclusive focus on performance to a multi-faceted education mission? This would redefine in one bound the relationship of an orchestra to its community, by actually beginning to address the needs of that community. Relevancy and legitimacy are just around the corner and there for the taking.

But what on earth could this mean? If you define education as your primary objective, then everything you do will be conceived through this focus. To begin with, many orchestras already have education and community programs, which are doing very good work. I am proposing to develop these programs exponentially. This could include programs created by individual musicians and ensembles as they promote new long-term relations with community groups. It could include continuous free concerts around the community in whatever venue is available -- from gymnasiums to parks. It would mean programs being restyled so they stimulate and meet the curiosity of new audiences eager to understand what is happening, what is to be listened for, all done in a serious, yet entertaining way.

An educational focus would redistribute musicians' activity from the central concert hall to communities where people live, with engagement taking place in whatever context generates an authentic connection -- and that includes media and technology. It would broaden the definition of musicians as teaching artists, their time divided between educating and performing. And the whole auditions process, which currently considers only the musical excellence displayed behind a screen, should be turned on its head. In future, selection should be based on the whole magical package -- virtuosity, of course, creativity, communication skill, entrepreneurship, versatility in many idioms and much more -- that a musician can offer an institution and its community. 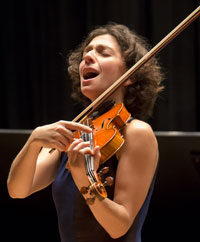 Whatever the various solutions, the musicians should be trusted and empowered to conceive of them themselves, because they have an amazing ability to do something totally astounding. Leadership for all of this would be shared by the musicians, management and the board -- not just as equal and respected partners, but as stakeholders in an educational mission. There would, of course, still be some regular concerts, but with so much creative energy flowing, these would take on a totally different aspect.

Is this democratizing the art form and taking it away from its elitist roots? Yes, probably. But such a reimagining is not a political act. Rather, it is the logical outcome of recognizing that our world has changed, and there are other needs and expectations to be met in a much wider community.

And so, back to money. How do you make this work financially? This new refocus contains powerful components. It is a bold visionary idea. It will demonstrate a determined approach to meet the needs of a community. It will be outwardly focused rather than navel gazing. Such striving for legitimacy will convince new donors and foundations that this is not business as usual. Rather, it is a leap into a new world of relationships that is worthy of their support.

Surely, orchestras really are too important to fail, and in order not to, they will need to listen to their communities and provide service that everyone recognizes as essential.